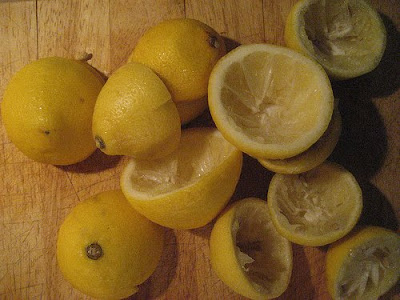 I'm sure that you have heard the saying, "When life hands you lemons, make lemonade". Last weekend I had the opportunity to make lemonade. Actually I had a wonderful weekend. Gina and I traveled to Columbia, Missouri to visit my sister and her family. We really enjoyed our time with family and appreciated the cooler weather.

We decided to go to the St. Louis Zoo even though the weather forecast was 80 to 90 percent chance of rain every hour. The weather cooperated, and we had only one short rain shower while we were at the zoo. It was cloudy and cool, just wonderful weather for walking around the zoo in the summertime. 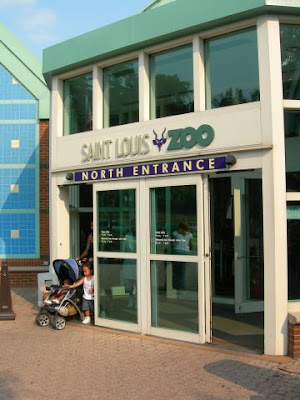 The St. Louis Zoo is a great zoo, and admission is free. In 1910 the City of St. Louis set aside 77 acres in Forest Park for a zoo. State legislation provided that "the zoo shall be forever free," which has made the Zoo accessible to millions of visitors ever since.

I was excited about visiting the zoo and being able to take lots of pictures. Shortly after we arrived we were going through the "Flight Cage", a giant elliptical bird cage that dates back to the 1904 World's Fair held in St. Louis. As we were walking through looking at the birds I took this picture.

As soon as I took this photo, I accidentally dropped my camera. When I picked it up, the focus no longer worked. As I played with the camera, trying to get it working, I noticed that the camera came into focus if held extremely close to something. I stuck my camera close to a flower and took this photo.

Even though I was disturbed about breaking my camera, I wasn't going to let that keep me from taking photos. I would just have to "focus" on extreme close-ups. As I walked through the zoo I looked for close-up opportunities.

The thing that I found interesting was that my camera would not focus that close before I dropped it. I really liked my camera, but the one thing that I wasn't satisfied with was close ups. Now I have a close up only camera.

Because the focus was broken, I had to focus by physically moving the camera. The camera lens had to be almost touching the subject. Many of the photos I took were not quite in focus, but I enjoyed trying to get in focus shots.

I enjoyed my time taking photos at the St. Louis Zoo, even though they were not the photos that I set out to get. I missed those shots of the tigers who were so frisky in the cool weather, the cute penguins, and the sea lions; but I was forced to look at a world that I wouldn't have otherwise. When life hands you lemons, make lemonade.

P.S. When you make lemonade use lots of sugar!
Posted by Richard Lawry at 8:22 PM