D is for Duck Dynasty 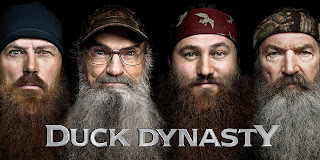 The TV show, Duck Dynasty, follows a Louisiana  family living the American dream as they operate a thriving duck call while staying true to their family values.  Over the years I have been very strict about not viewing "reality" TV.  The idea that there was any kind of reality in these shows seemed far-fetched.  Over the last year while I was "not watching" reality TV, I kept hearing about a show that people were crazy about; Duck Dynasty.  Last year my wife gave her Hero of Hope speech in Sheridan, Arkansas at a Relay For Life Celebrity Waiter Event.  The event ended with a live auction.  We were amazed when an autographed duck call was sold for 850.00.  We later found out that it was a Duck Commander duck call from the Duck Dynasty TV show. 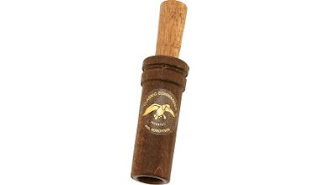 The show is filmed in West Monroe, Louisiana just 70 miles from where my daughter and her family live.  My son-in-law likes to hunt ducks.  I decided that I really should see what all the fuss was about. Once I watched Duck Dynasty I was hooked.  The characters remind me of people I know here in Western Arkansas.  They are real rednecks, and I know real rednecks when I see them.  My young granddaughters refer to the show as The Rednecks, as in "we want to watch The Rednecks". 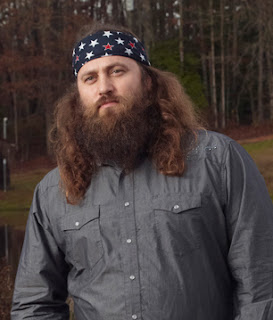 Willie Robertson is the CEO of Duck Commander. As the only one with the business degree, he took the company from a living room operation to a premiere destination for all things outdoors. He says he honed his skills as a salesman by selling his freshly caught fish at the market with his mom as a young boy. Even then he was always working to negotiate the best price. While he says “being a redneck millionaire has its perks,” including buying new trucks, gadgets and swanky suits, working with kin can be a headache. 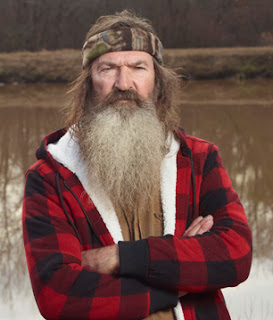 Phil Robertson is the patriarch of the family.  He is a living legend in Louisiana and is better known by his alias; the Duck Commander. He played first-string quarterback ahead of football star Terry Bradshaw at Louisiana Tech University in the ’60s. They were both drafted into the NFL but Phil turned it down because it interfered with duck season. Instead he stayed in Louisiana, married his high school sweetheart, Miss Kay, built a house down by the river and together they raised four sons. His love for the outdoors lead him to create the Duck Commander® Duck Call in 1973, which has gone on to become the most trusted duck whistle ever conceived. Duck hunting is so important to Phil that he follows a strict routine of no showering, no shaving, and no clothes washing of any kind during the ten-week season to ensure a bountiful haul. 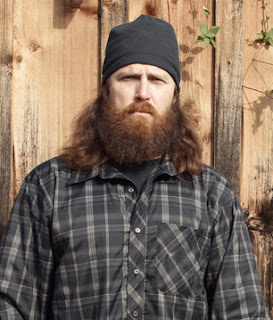 Jase Robertson is Willie’s brother and his polar opposite. While Willie enjoys making deals behind the desk, Jase would much rather call the swamp his office. But he knows he’s gotta earn his keep, so Jase’s job within the company is to fabricate the duck calls that have made Duck Commander famous. When pressed, Jase can churn out a thousand new calls in a flash, but he likes to take his time so that Willie doesn’t expect the same performance every day. Jase has more important things than work on his mind, namely, duck hunting. Jase’s motto is “Only three things matter: God, then family, then ducks.” 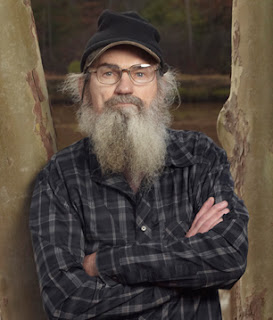 Si Robertson is my favorite on the show.  He is Phil’s brother, best friend, and partner in crime. He has a very specific job in the workshop, fashioning the reeds that are inserted in every patented duck call. It’s a pretty easy job, made needlessly difficult by the fact that Si can never seem to stay on task. The Vietnam vet will often share his war stories with the guys, which usually gets the crew behind schedule, much to Willie’s dismay. Si’s most famous story is that while serving overseas, his mother sent him a blue mug. Thirty years later it’s still hanging from his back pocket and he continues to only drink from this cup, every day. 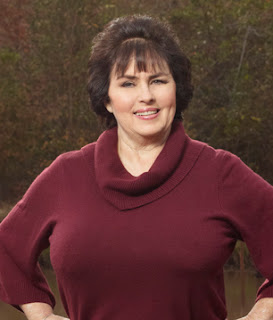 Kay Robertson is the revered matriarch of the family. What she says goes. She was 16 when she married Phil and since then she’s been keeping him and the boys from spending too much time in the woods, bringing them back to civilization each night with a home cooked meal. Kay believes her cooking talents are a gift which she must share, so she often ends up feeding all of the family and most of the neighborhood. Her most famous dishes are banana pudding, fried deer steak, crawfish pie, and sticky frog legs. 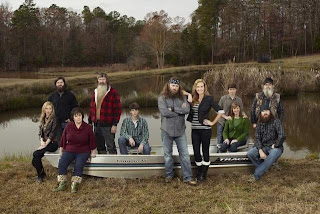 If you haven't seen Duck Dynasty, give it a chance. I highly recommend it. 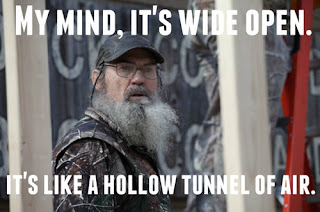 Posted by Richard Lawry at 9:08 AM