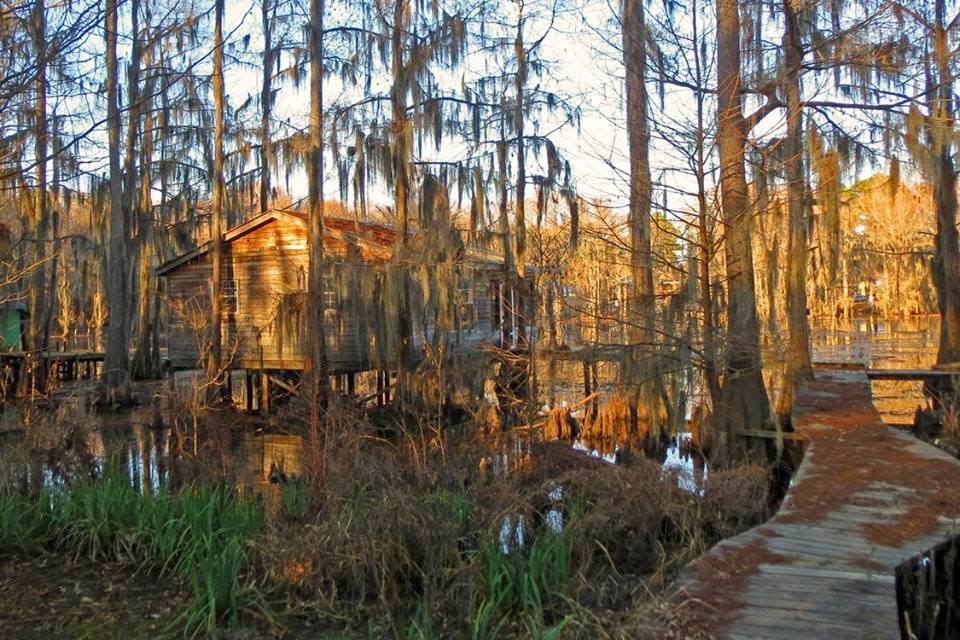 We spent last weekend in Uncertain, Texas on the shores of Caddo Lake.  It was so eerily beautiful and relaxing.  We rented a lovely house on the lake shore called Hoot n Holler. 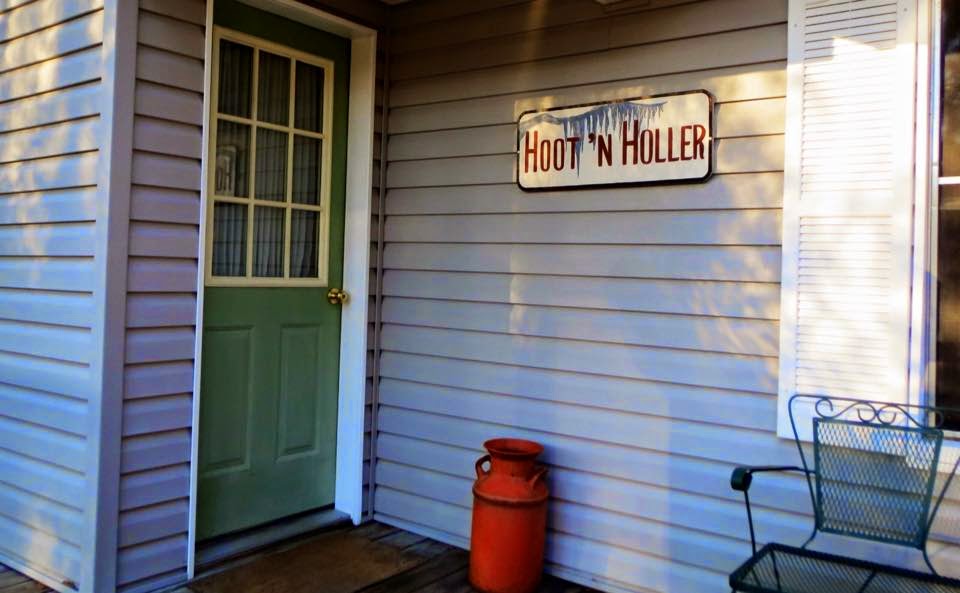 Caddo Lake is on the border of northeast Texas and northwest Louisiana.  It includes one of the best examples in the southern United States of a mature bald cypress forest, and is one of the largest cypress forests in the world.  The moss-draped cypress groves makes it look like a Louisiana swamp. 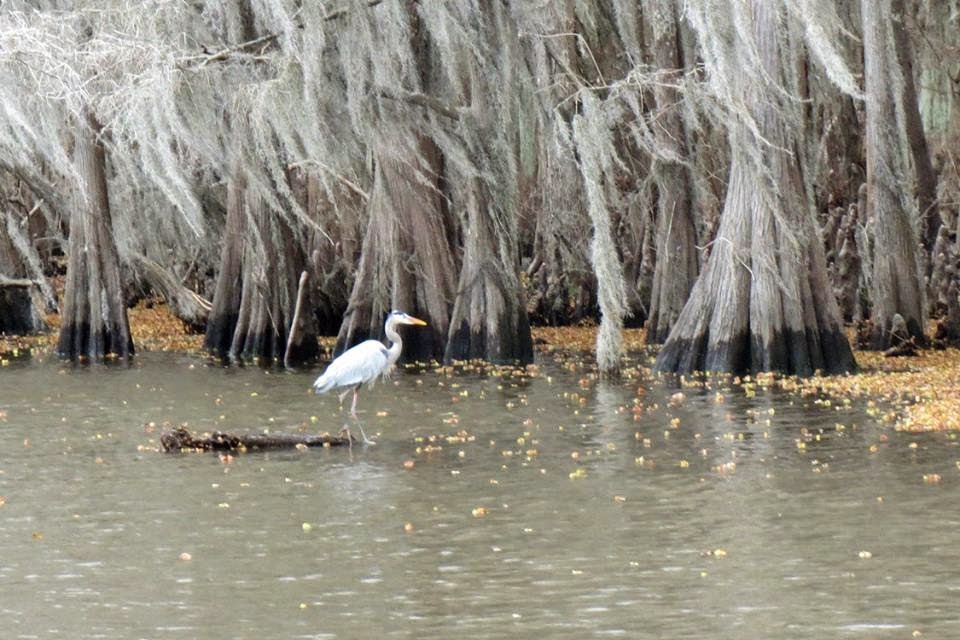 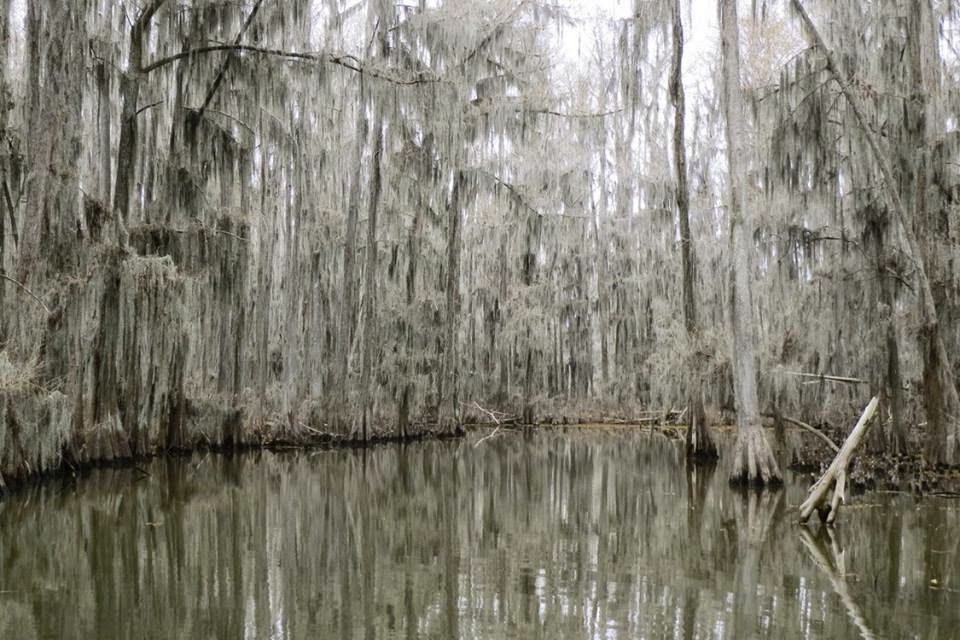 Before 1800 the Caddo Lake area was a series of bayous, creeks, ponds and low lying areas that flooded often and held water for sustained periods of time during the rainy seasons. Around 1800 a chain of natural events changed the landscape of the cypress valley and became what we know as Caddo Lake.

A huge log jam on the Red River that was called The Great Raft created the modern Caddo Lake. The Big Cypress Bayou is the main tributary that feeds Caddo Lake. After it leaves Caddo the Big Cypress Bayou flows into the Red River where they merge in North Louisiana. The point where these two tributaries meet was blocked by this huge log jam known as the Great Raft and Caddo Lake was formed. 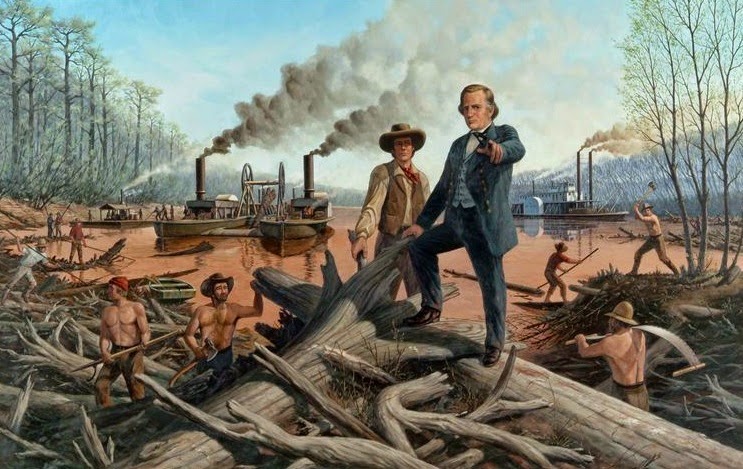 The US government commissioned Henry Shreve to remove the huge log jam. Shreve was a steam boat captain and builder. Many of the government engineers did not think that the removal of the Great Raft was feasible or even possible. Shreve took on the challenge and by 1835 had removed enough of the log jam that it opened up the way for steamboats to enter into the Cypress bayou and then into Caddo Lake and beyond. 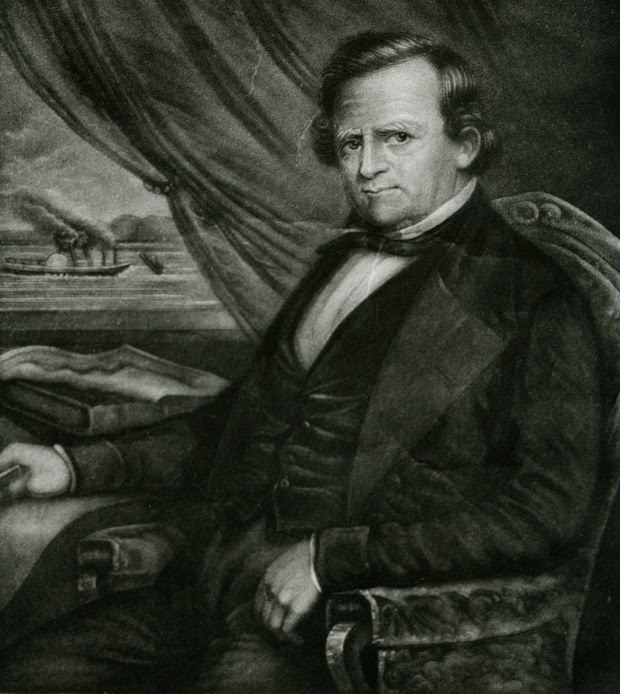 Various ports and landings were soon established along the waterways along the Big Cypress Bayou and Caddo Lake. Cotton became an important commodity and was shipped by boat to New Orleans and other destinations. In 1845 some businessmen got together and decided to establish a port as far up stream on the Big Cypress Bayou as could be possible for navigation, to be known as Jefferson Texas. Jefferson flourished and quickly became the second busiest port in Texas.

Although Caddo Lake never went totally dry, it did get very low and was not navigable by larger boats. In 1914 a crude earthen dam was built on Caddo Lake that help raise the water back to levels near where they were at when the log jam served as the dam. It is now a large maze of interconnected waterways, with over a hundred miles of clearly marked boat roads and more primitive boat roads that are not so easy to navigate. 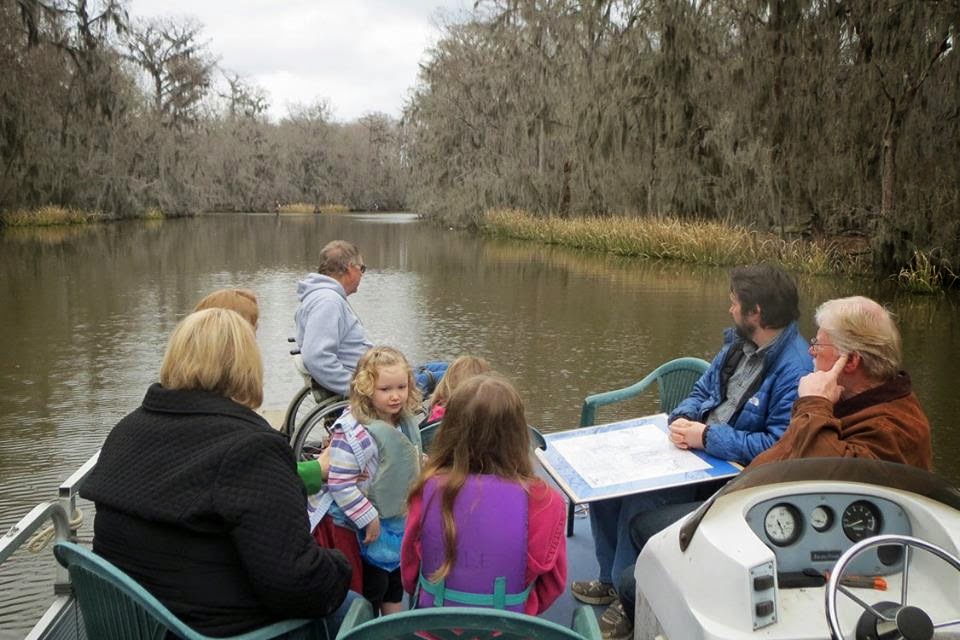 While we were staying at Caddo Lake we met Dale who lived next door. He is a paraplegic who has lived in a houseboat on Caddo Lake for the last 17 years. He took us out on the lake in his pontoon boat. It was an amazing experience and Dale is one of Caddo Lake's most knowledgeable guides. It was too cold to see alligators, but we we able to see a mink running along the shore. 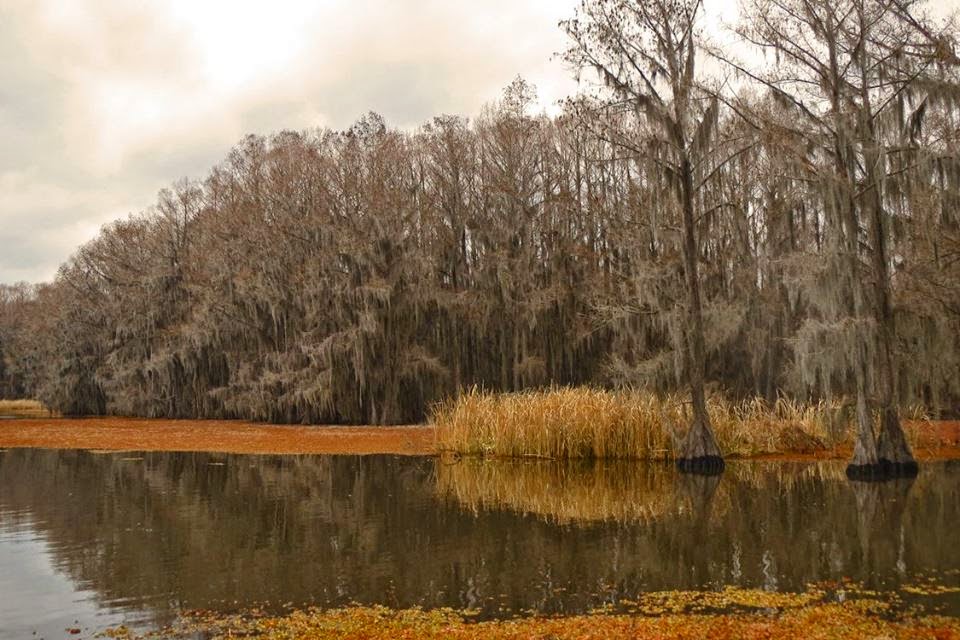 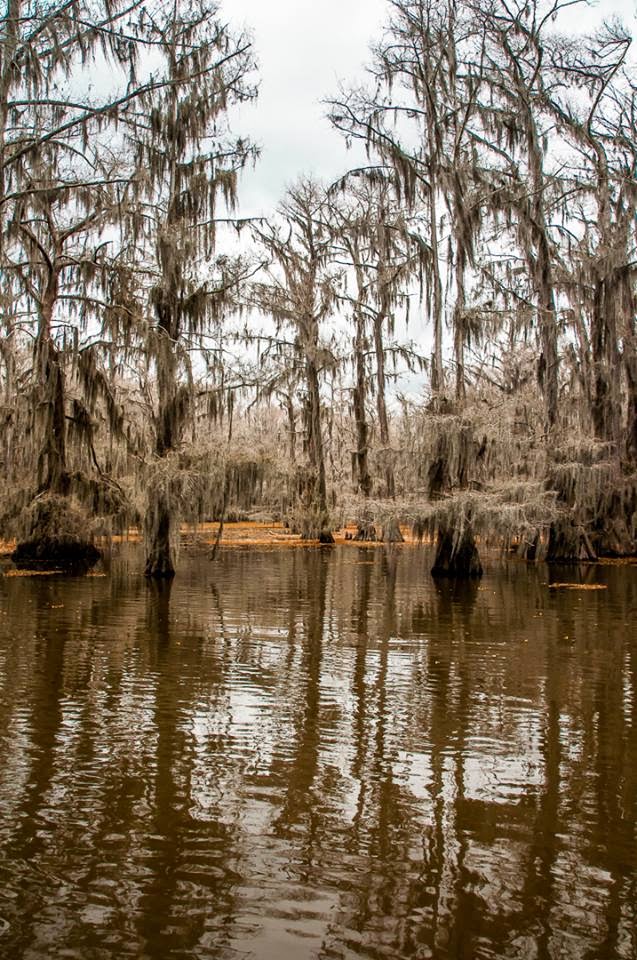 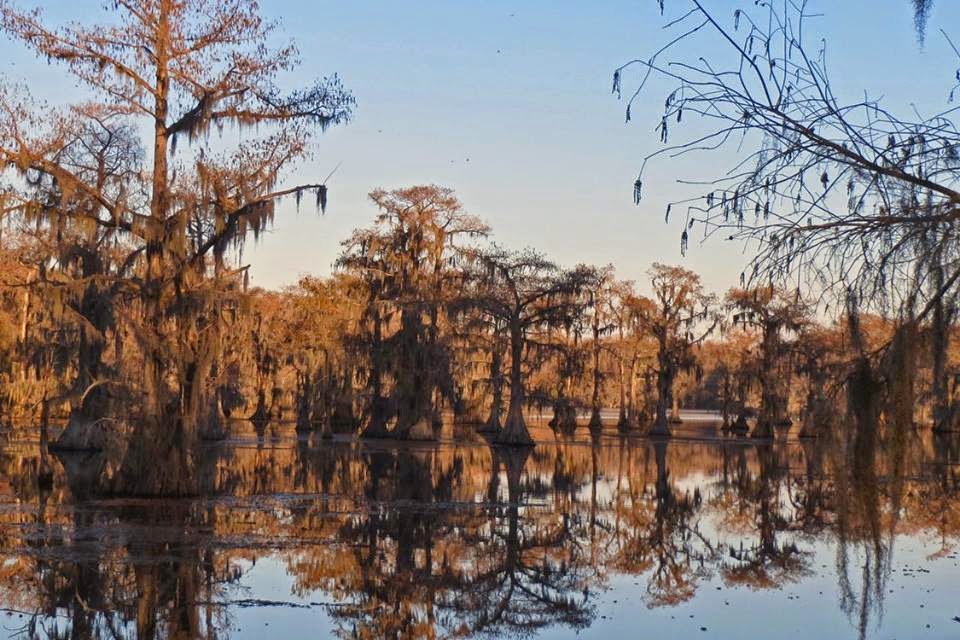 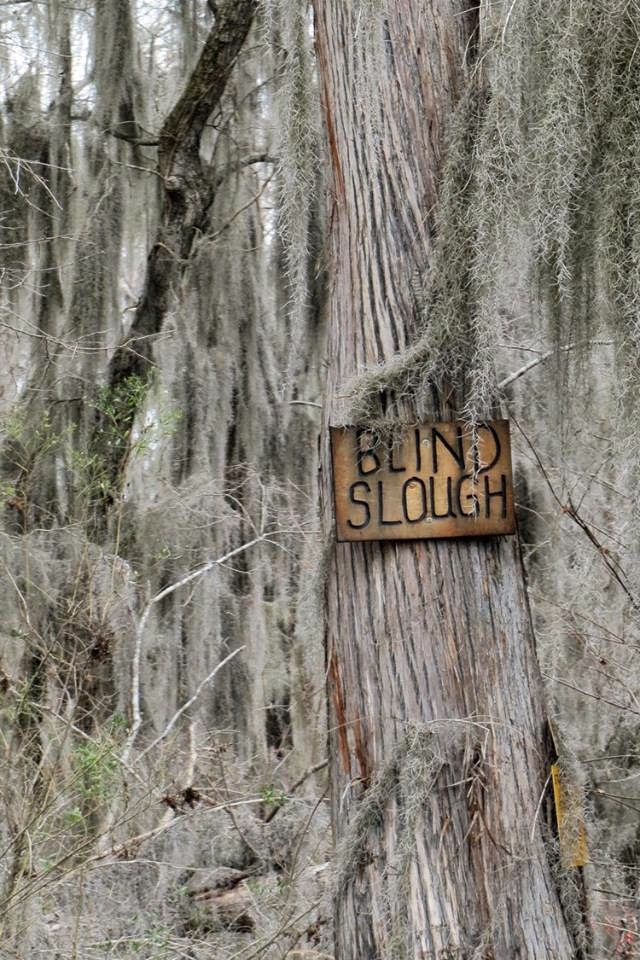 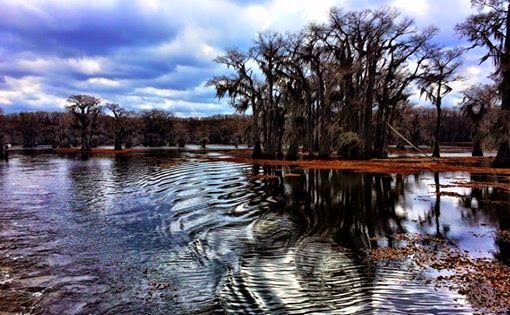 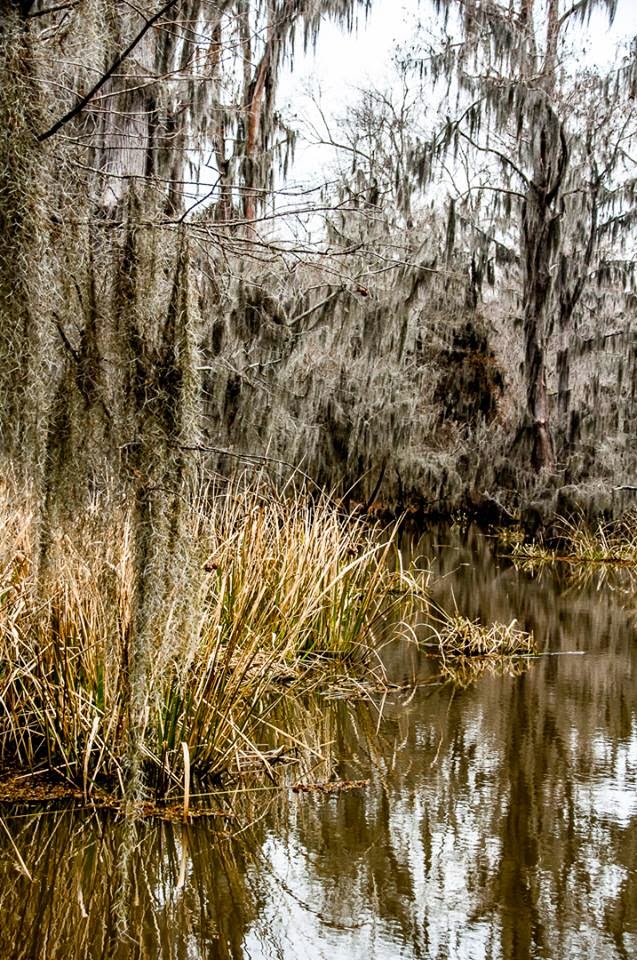 My daughter and her family we able to spend a day with us while we were at the lake.  My grand daughters loved it. 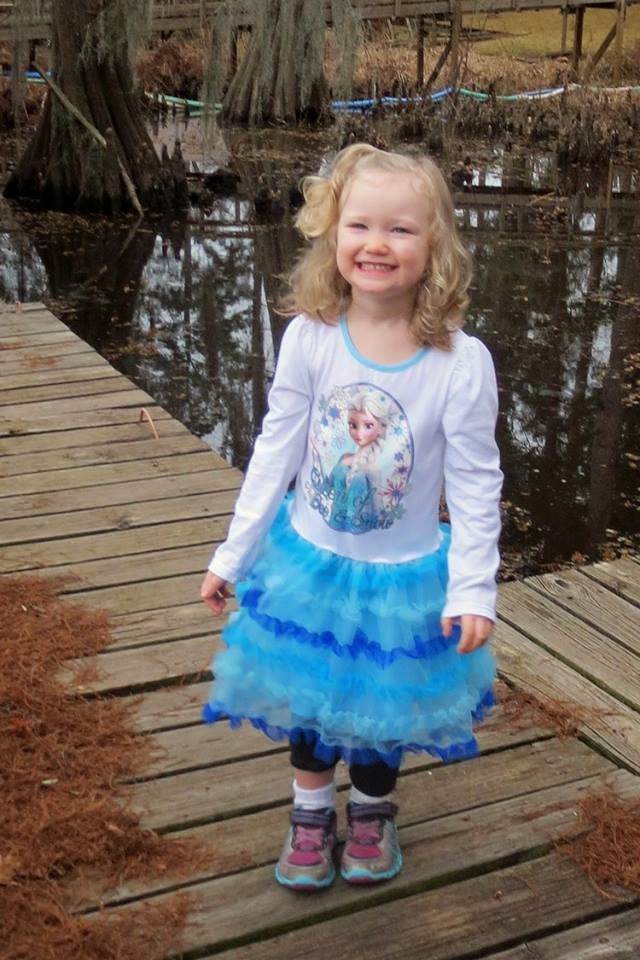 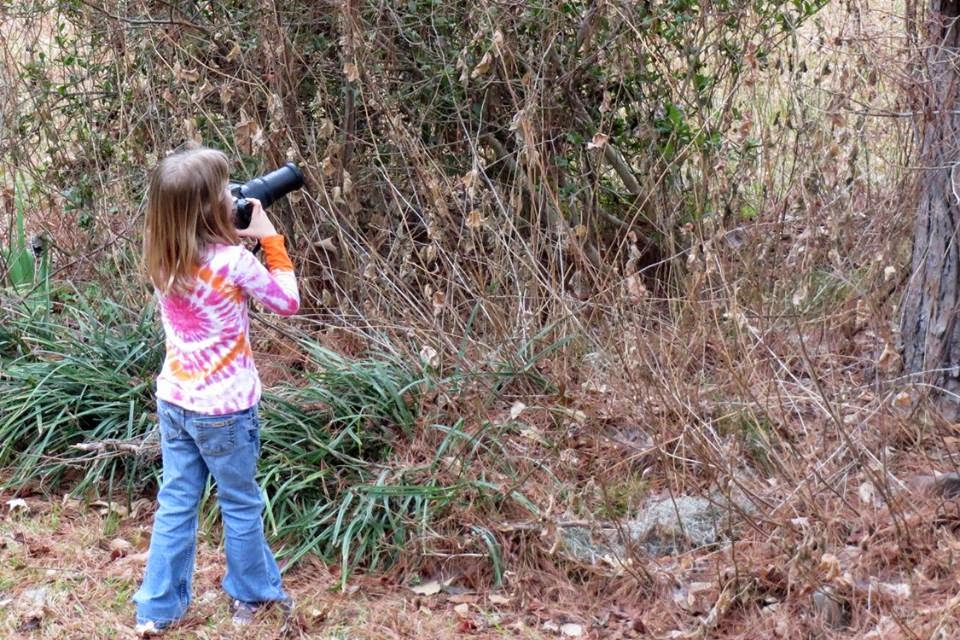 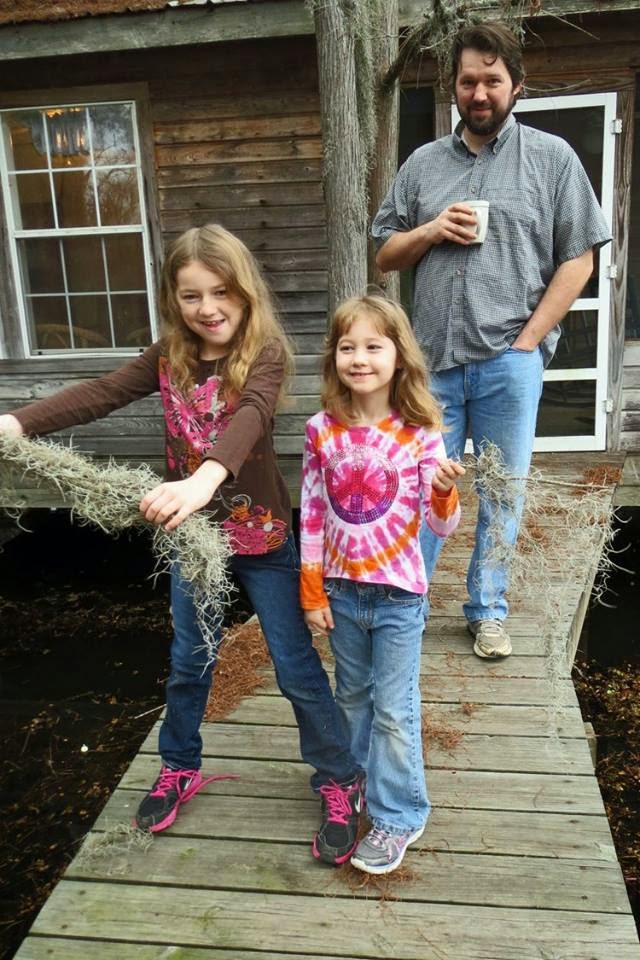 The sunrise from over the lake from the boat shed was amazing.  It was as beautiful as any sunrise that I have ever seen. 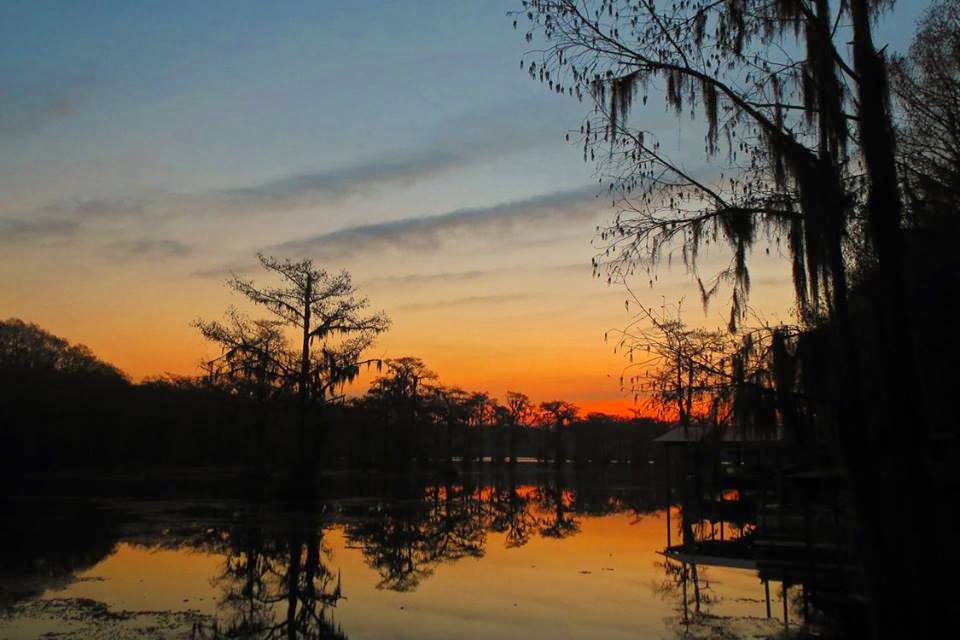 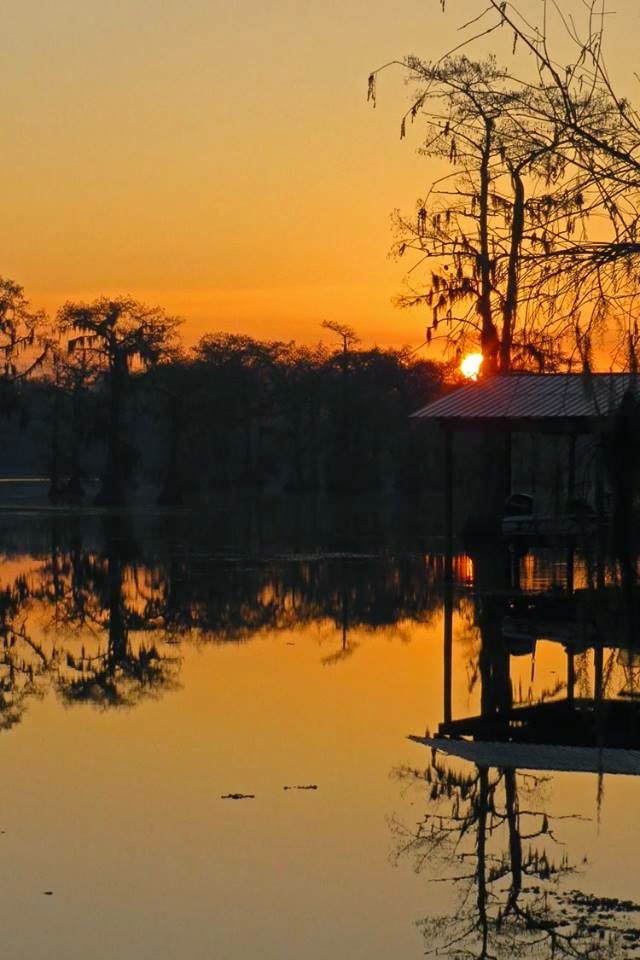 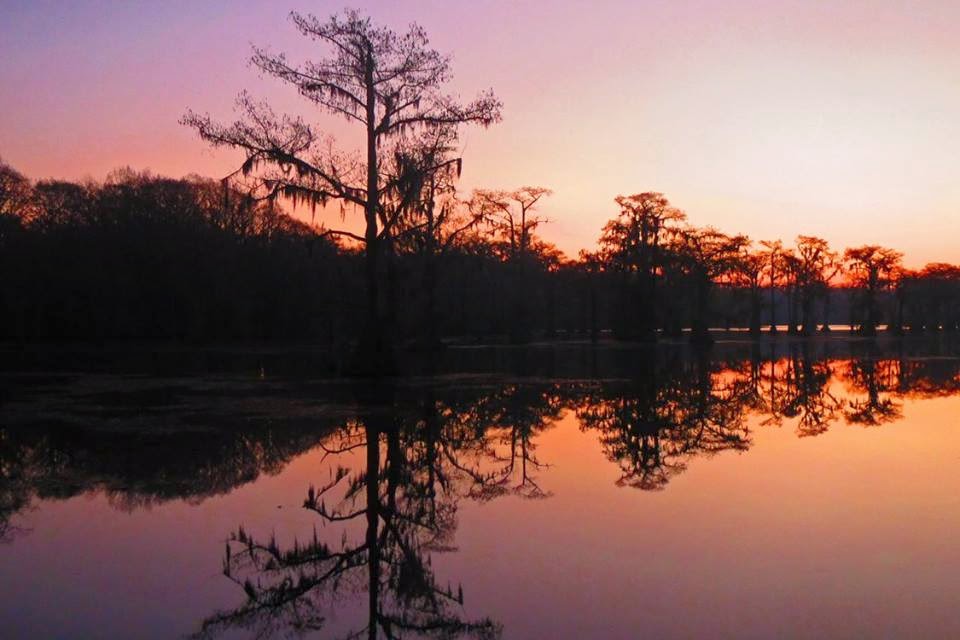 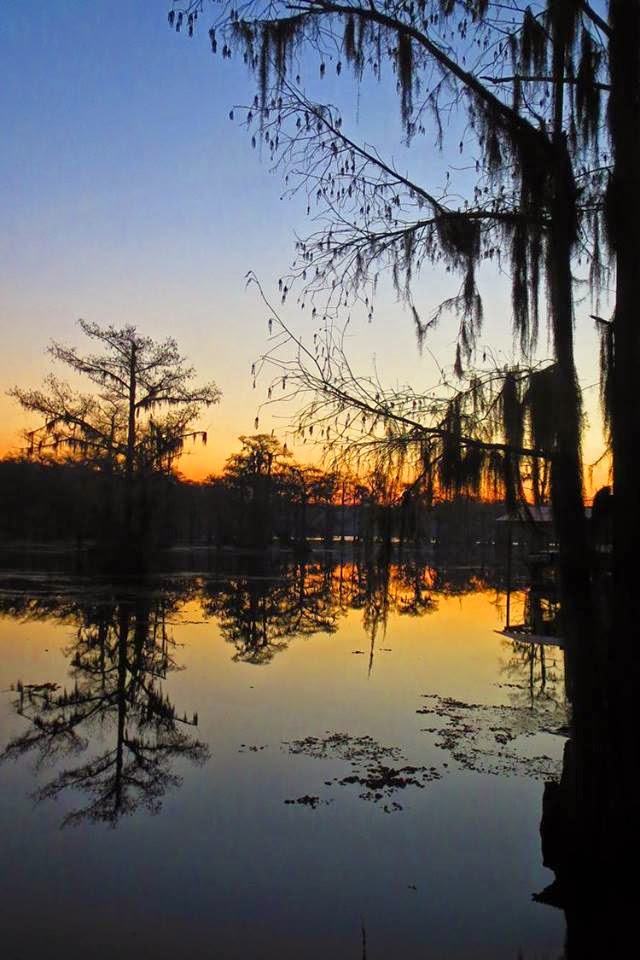 I'm looking forward to the time we will be able to return to Caddo Lake.
Posted by Richard Lawry at 3:02 PM