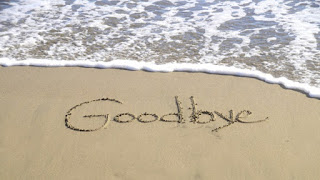 When my children were at home, every year we would take a trip to Denver, Colorado to see their Aunt Nora. My wife’s sister, Nora, was eighteen years older than my wife. Because my wife’s mother had passed away before my children were born, Aunt Nora was a grandma figure to them. On the day that we had to leave, we would gather together to have a prayer before we got into the car to drive home. When we were ready to leave, my children would say, “this is the part where Aunt Nora cries.” And without fail, we would see Aunt Nora waving to us with tears in her eyes as we drove away.

Aunt Nora fought a long hard battle with cancer, and ten years ago, we had to say our final goodbye. Saying goodbye is hard. One and a half years ago, I sat in the funeral home chapel as I said goodbye to my Momma. These thoughts came flooding back this week as I sat in church waiting for the funeral of a friend to begin. I stared at the beautiful stained-glass windows without actually seeing them. 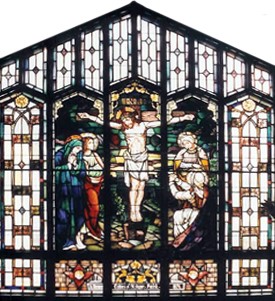 As the priest spoke, he opened with a familiar verse found in Ecclesiastes. “All things have their season, and in their times all things pass under heaven. A time to be born and a time to die.” Ecclesiastes 3:1,2 (DRA) Then he read 1 John 14:1-3 (DRA) “Let not your heart be troubled. You believe in God, believe also in me. In my Father's house there are many mansions. If not, I would have told you: because I go to prepare a place for you. And if I shall go, and prepare a place for you, I will come again, and will take you to myself; that where I am, you also may be.” Even though there is a time to die, Jesus has promised that He has prepared a place for us and that He will come again and get us so that we can be where He is.

As the priest brought his thoughts to a close, he read Revelation 21:4 (DRA) “God shall wipe away all tears from their eyes: and death shall be no more, nor mourning, nor crying, nor sorrow shall be any more, for the former things are passed away.” These are some of the most comforting words in the Bible. There will be a time when there will be no more tears, death, mourning, crying, or sorrow. There will be a time when we will never have to say a final goodbye.

As we were leaving the church, I was talking with a friend, and she said, “as we were driving to the church and saw all of the other cars on the road, I thought, ‘Why aren’t these people going to the funeral of one of the most wonderful people I have ever known.” My friend's words made an impression on me. For many years, the woman we were remembering had taken care of so many people in her role as a business owner, church leader and community leader, and yet most people in town were going about their lives as if nothing had happened. 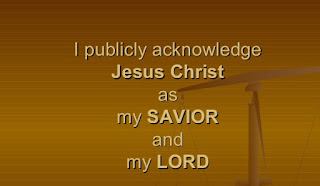 Many people live their lives without acknowledging what Jesus has done for them. They may even say that they believe in God but live their lives as if he doesn’t exist. We live in a culture of ambivalence. But Jesus wants to do so much for us.

Jesus wants to save us from alienation and bring us to friendship. Romans 5:10 (NLT) says, “For since our friendship with God was restored by the death of his Son while we were still his enemies, we will certainly be saved through the life of his Son.” Jesus died for us so that we could have fellowship with God. Through faith and repentance, you can go from being God’s enemy to being God’s child.

Jesus wants to save us from slavery to sin and to give us freedom. Romans 6:17 (VOICE) says, “Thank God that your slavery to sin has ended and that in your new freedom you pledged your heartfelt obedience to that teaching which was passed on to you.” We often think of ourselves as free. People say, “I am free. I can do what I want.” But the Bible says that we are slaves of sin. Jesus saves us from being slaves of sin and makes us able to live like He made us to live. “It is God himself who has made us what we are and given us new lives from Christ Jesus; and long ages ago he planned that we should spend these lives in helping others.” Ephesians 2:10 (TLB) 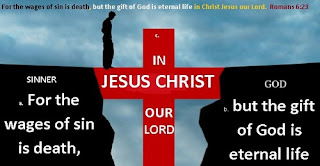 Gentle Reader, Jesus wants to do so much for you. He wants you to acknowledge Him. In Luke 12:8 (NIV) Jesus said, “I tell you, whoever publicly acknowledges me before others, the Son of Man will also acknowledge before the angels of God.” Today will you make an effort to acknowledge what Jesus has done for you.

Posted by Richard Lawry at 6:09 AM