Charles and His Corn Chips 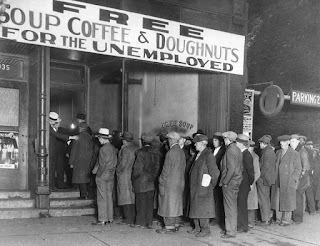 In the summer of 1932, the United States was in the grips of The Great Depression. The stock market had declined by nearly 90 percent since 1929.  Twenty-four percent of the workforce was unemployed. Bread lines and soup kitchens were commonplace in America’s towns and cities. Farmers could not afford to harvest their crops and left them rotting in the fields while people were going hungry. Those that were lucky enough to have steady employment saw their wages cut or their hours reduced to part-time. Many people who had savings lost them as nearly half the country’s banks failed.

It was July 10, 1932, and Charles Doolin was sitting in his family’s San Antonio café, Highland Park Confectionary. His parents started the business as a candy store and later added ice cream, soup, and sandwiches. Customers were few, and the café was struggling. Charles was looking for something to increase sales and keep the business from closing. As he read the classifieds in the San Antonio Express, he saw a short ad that caught his eye. “Corn chips business for sale. A new food product making good money.” 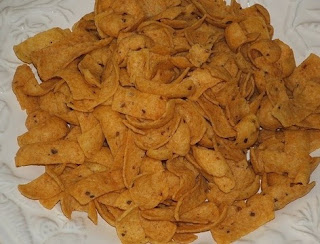 When Doolin responded to the ad, he met Gustavo Olguin, a Mexican cook who had perfected a recipe for curly chips made by frying corn masa. Gustavo needed cash to move back to Mexico, and Doolin was impressed with the chips. Charles pawned his mother’s wedding ring and paid Olguin 100 dollars for the recipe and a list of 19 clients who had been buying the fried chips.

Charles and his mother started making the new corn chips every night in their kitchen at home. They could make about ten pounds of chips every evening. The fresh corn chips became a popular side dish to go with the soups and sandwiches in their café. Charles named his new chips, Fritos, and started putting them in wax paper bags to sell in local stores. Within a year, he had invented a machine to increase production. The corn masa came out in ribbons and was cut with scissors as it dropped into the hot oil. The operation moved from his kitchen into his garage, and soon he was producing one hundred pounds of Fritos an hour.

Before long, Charles was driving his Ford Model A all over Texas, selling his Fritos. There was no money for a salesman or even for Charles to sleep in hotels. On his selling trips, he would sleep in his car. He said, “I slept in front of the best hotels in the state of Texas.” Charles innovated new ways to get his product in front of consumers. He invented the clip rack that hung many bags of chips in a small space and talked stores into putting these new racks near the cashier. He understood impulse buying. 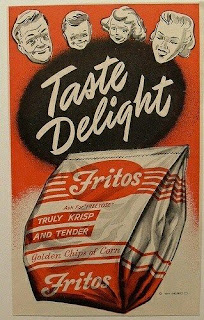 Charles’ new product and his innovations in production and sales made Fritos a success. By 1955, the company owned more than fifty production plants. In 1961, The Frito Co. merged with the H.W. Lay & Company, and the new Frito-Lay Company became the largest snack food company in the United States. Last year, sales for Frito-Lay were up 6.5%, to over 16 billion dollars. Fritos has gone from ten-pound batches made in the Doolin family kitchen to sales all over the world. Frito-Lay sells twenty-nine snack brands in more than 100 countries.

When you go through a cashier’s line in most stores, you are very aware of Charles Doolin’s impulse buying strategy. Rows of candy, gum and other snacks meet your eye. I’m sure that most of us have bought something that we didn’t intend to because of the strategic impulse buying layout that most retailers use. Impulse buys are relatively universal, with a study from CreditCards.com finding that 84 percent of Americans say they have made impulse buys. The same survey found that over 20 percent of Americans have made an impulse purchase of over 1,000 dollars. Being impulsive can have a significant impact on your life. 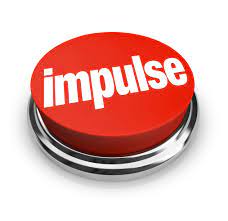 Impulsive shopping and impulsive Christian living have a lot in common. Neither one is the best way to approach life. Making a good decision is essential whether you are shopping or making crucial moral life choices. The human tendency to be impulsive is the source of many bad decisions. When we decide quickly with very little thought or planning, we often make a poor choice.

Ideas and actions are continually presenting themselves to our minds. The best approach is to use time, thought, research, advice, and Christian ethics and morals to filter the good ideas from the bad ones. Nearly all of us have sometimes bypassed the usual filters and acted on impulse. The idea seemed so great, the urge so strong, that we immediately jumped at the thought. At times our impulsiveness works out all right, but often we pay a heavy price. 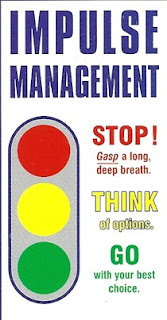 God wants us to be thoughtful and intentional in our relationship with Him. “Do not be hasty with your mouth or impulsive in thought to bring up a matter before God. For God is in heaven and you are on earth; therefore let your words be few.” Ecclesiastes 5:2 (AMP) God also wants us to temper our impulsiveness in our dealings with other people. “He who is slow to wrath has great understanding, But he who is impulsive exalts folly.” Proverbs 14:19 (NKJV)

Gentle Reader, the reason that impulsive decisions often work out so poorly is that our sinful self is louder than God’s Spirit. When you are confronted with options and must decide, the first voice you will hear will be that of your selfishness. The Bible tells us that “our sinful selves want what is against the Spirit, and the Spirit wants what is against our sinful selves. The two are against each other, so you cannot do just what you please.” Galatians 5:17 (NCV) And Peter writes, “Dear friends, since you are immigrants and strangers in the world, I urge that you avoid worldly desires that wage war against your lives.” 1 Peter 2:11 (NCV) He does not say you will never experience worldly desires. He does not say those bad ideas will never enter your mind. He says we must avoid these desires and not give in to our impulses. Taking the time to think through our decisions allows reason and spiritual insight to take over. Don’t be an impulse buyer.

Posted by Richard Lawry at 6:46 AM