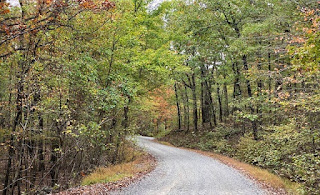 I love trees. I always have. When I travel in areas that do not have trees, I wonder how people can live there. One of the reasons I love the place where I live in Western Arkansas is that we have so many trees. When spring comes each year and the trees leaf out; it lifts my spirits. The various shades of green that cover the hillsides are beautiful. And I find autumn to be a magical time of year when the leaves on the trees change from green to many shades of orange, red, yellow, and brown.

Last week I had several trees taken out of my backyard. It was painful for me. Remember, I love trees. When I first saw the building lot where my house now stands, the thing that impressed me the most was the trees. Almost immediately, my wife and I knew that this was where we wanted to build our house. When we started building, it pained me to take out trees to have room for our house, but I knew it was necessary. 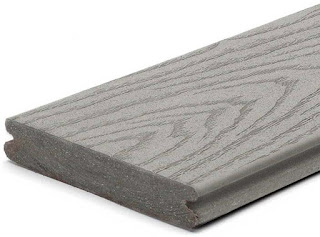 The story of the trees in my backyard started over a year ago. Our house is almost thirty years old, and the deck at the back of the house had deteriorated. I decided to replace the deck with Trex composite decking. I chose composite decking because composite materials offer outstanding durability and low maintenance. After removing the old decking and installing the composite, I needed a railing. My old deck had wooden planters and benches, but I wanted a proper railing on my new deck. Trex offers composite railing, but the cost was high, and I was not crazy about the way it looked. I investigated cable railing systems, but once again, the price was high, and I wasn’t sure that I could make it look nice when I installed it. 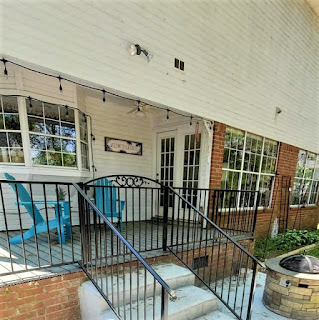 Another part of my plan was to pour a cement patio below the raised composite deck. I called several concrete finishers but could not get anyone to make a bid on the project. For several months, my project was on hold. I enjoyed the deck and the new outdoor furniture we purchased, but the lack of a railing made me nervous. While looking at my Facebook feed, I saw where someone had a local craftsman, John, build a beautiful gate. I contacted John and asked him if he could build a custom rail for my deck. He said that he could and came out the next day to make a bid on the job. Within a couple of weeks, I had a beautiful new railing on my deck.

But I still wanted a concrete patio. I learned about someone who did concrete work, and I hired him to pour the slab and build steps. The job that he did was terrible. Several people who saw the finished product told me it was the worst workmanship they had ever seen. I was devastated. Once again, my project was on hold, and I didn’t know what to do. After several weeks of feeling discouraged and helpless, I decided to call a local builder of fine homes and talk to him about my problems. He gave me the name of the concrete finisher that he used and told me that if anyone could figure out what to do to repair my terrible concrete job, Sam could. When I called Sam, he made an appointment to look at the concrete. He told me that the only thing he could do was cap the entire slab with another four inches of reinforced concrete. 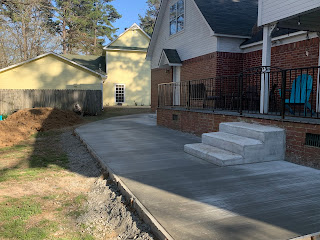 When Sam gave me the bid for the job, I told him that I wanted him to do it. He told me that he would put me on the schedule, but It would be spring before he could get to it. Just in time for Easter, I had an attractive professional concrete patio. It had taken almost a year, but I was excited and happy to have my project almost finished. There was just one more thing that I needed to do to make it complete. Because I had caped the bad concrete with four more inches, I now had an eight-inch drop-off. I needed to bring in topsoil and raise the level of my backyard.

If I were going to do dirt work in my backyard, I would need to plant grass. When we called Kathy to ask her about doing the work for us, she told us to get grass to grow, we would need to take out some trees. Grass needs a minimum of four to six hours of sun a day. I resisted at first. I love my trees and the beautiful shady yard. But after thinking about it, I realized that I had a decision to make. I could have my trees or a nice lawn. But I could not have both. The trees are now gone, and my backyard is much more open. I know that when my yard has beautiful grass, I will be happy. But for now, I am a bit sad that my trees are gone. 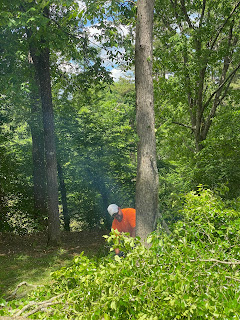 The loss of my trees reminded me of a story I once read about Robert E. Lee. After the Civil War, the General visited a widow in Kentucky. She took him to see the remains of a once beautiful tree in front of her house. There the widow cried for the tree destroyed by Federal artillery fire. She looked to Lee for a word condemning the North or at least sympathizing with her loss. After a brief silence, Lee said, “Cut it down, my dear Madam, and forget it.”

The beautiful old tree in the widow’s front yard might symbolize something in your life. It might be something that an enemy damaged. You feel justified in your hate. Our nature is to hold on to offenses, to desire justice, repayment, or even revenge. If that “tree” is still standing in your life, it is a constant temptation to nurture hate and unforgiveness. Is this how you want to live? General Lee’s words apply here: “Cut it down, and forget it.” 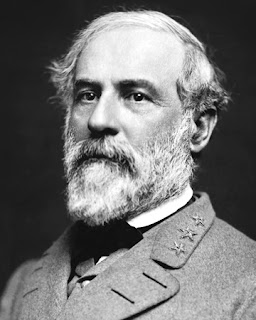 Gentle Reader, forgiveness does not mean you are to ignore that someone has wronged you. Forgiveness does not mean that you close your eyes to moral atrocity and pretend that it didn’t hurt. Forgiveness means that you determine in your heart to let God be the avenger. He is the judge, not you. “Get rid of all bitterness, rage and anger, brawling and slander, along with every form of malice. Be kind and compassionate to one another, forgiving each other, just as in Christ God forgave you.” Ephesians 4:31,32 (NIV) It is time to cut down the tree.

Posted by Richard Lawry at 7:11 AM