My An Arkie's Faith column from the June 2, 2021, issue of The Polk County Pulse.

Silence has spread through the house. The quiet is deafening as I sit typing. Both of my dogs are sleeping, and my wife is quietly working on her iPad. The street in front of my house is empty. There are no cars driving past or neighbor kids playing. Even the birds that were singing with boisterous voices earlier in the day are now silent.

Just a few hours ago, the happy sounds of children filled the house while the adults talked, relishing our time together. Happy memories lit up the room as we swapped stories, and even as we recalled bittersweet anecdotes, it did not dampen the joyous mood. Memorial Day weekend has been extra special because we have family visiting. It has been a time to get reacquainted with a cousin that I haven’t seen for many years and meet her three children for the first time. 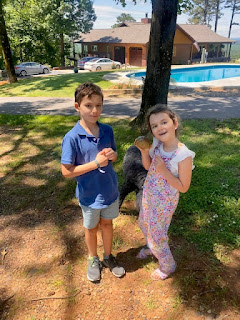 The kids had a great time meeting family they had never seen before. They loved playing on our deck, swinging on the porch swing, riding the joggling board, and especially playing with our dogs. I took them for a ride in the Model A, and they loved riding in the rumble seat. Their favorite activity of the weekend was visiting my cousins’ house and swimming in their pool. The water was cool, but they didn’t mind.

When it came time for them to leave, the kids didn’t want to go. We promised that we would come to see them when we could. They wanted to know if we would bring our dogs, but we told them that our dogs got carsick and didn’t travel well. Now that they are on the road back home and the house is quiet, I’m looking forward to the time I will be able to see them again. 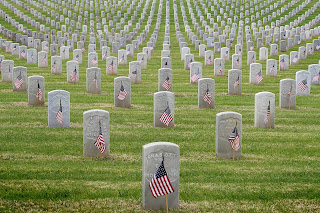 As I reflect on the lovely weekend with family and recall the many stories and memories that we shared, I think about how fitting it was to have those conversations on Memorial Day weekend. Memorial Day is a day for remembering the men and women who died while serving in the United States Armed Forces. We spent a lot of our time remembering family members who are no longer with us. Remembering is what keeps loved ones with us after they are gone.

A local hero that we remember on Memorial Day is Herbert Littleton. He was a United States Marine who posthumously received the Medal of Honor for saving his fellow soldiers by falling on a grenade during the Korean War.

Herbert Littleton was born on July 1, 1930, in Mena, Arkansas. He enlisted in the Marine Corps Reserve on July 29, 1948, for a one-year term. After the outbreak of the Korean War, Littleton reenlisted. He fought in South and Central Korea from December 17, 1950, until his death. 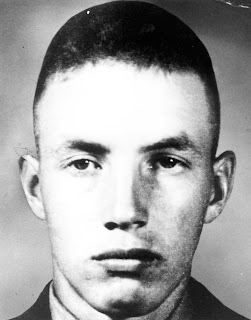 Littleton earned the nation’s highest award for valor on April 22, 1951, at Chungehon, Korea. He was serving as a Radio Operator with the First Marine Division. PFC Littleton was standing watch when a sizeable well-concealed enemy force launched a night attack against his company. Littleton quickly alerted the forward observation team and immediately moved into position to call down artillery fire on the enemy force. When the enemy threw a hand grenade into his area, he threw himself on the grenade, absorbing its full impact with his own body. He saved the other team members from severe injury or death by his prompt action and enabled them to repulse the enemy attack. Herbert Littleton was awarded the Medal of Honor for his bravery in the face of certain death.

Oliver Wendell Holmes Jr. gave a speech on Memorial Day in 1884. He ended his address with the words, “Our dead brothers still live for us, and bid us think of life, not death.” I believe that Holmes’ proposition to “think of life, not death” honors the fallen soldiers such as Herbert Littleton. Their sacrifice follows the example of Jesus, who gave His life for our freedom. The sacrifice that Littleton made for his comrades in arms and the sacrifice that Jesus made for you and me both show a selfless love for others. 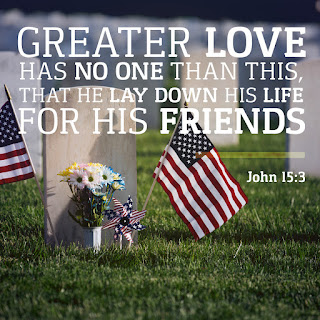 The Bible describes this type of real love in John 15: 13 (NKJV) “Greater love has no one than this, than to lay down one’s life for his friends.” And also, in 1 John 3:16 (NLT), “We know what real love is because Jesus gave up his life for us. So we also ought to give up our lives for our brothers and sisters.” Herbert Littleton demonstrated this kind of love.

In Luke 9:23 (NKJV), Jesus says, “If anyone desires to come after Me, let him deny himself, and take up his cross daily, and follow Me.” We need to thank God for the sacrifice of Jesus every day, not just once or twice a year or even once a week. “Through Him, therefore, let us constantly and at all times offer up to God a sacrifice of praise, which is the fruit of lips that thankfully acknowledge and confess and glorify His name.” Hebrews 13:15 (AMPC) 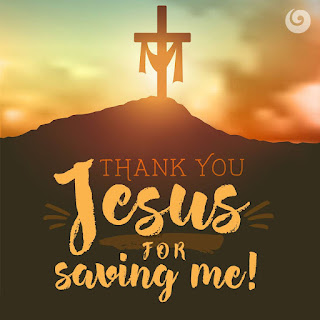 Gentle Reader, we are blessed to be living in a free country. We should honor the soldiers who have sacrificed their lives for the liberty we have. We should also thank God for the freedom he has given us. In Romans 6:22,23 (TPT), Paul wrote, “now, as God’s loving servants, you live in joyous freedom from the power of sin. So consider the benefits you now enjoy—you are brought deeper into the experience of true holiness that ends with eternal life! For sin’s meager wages is death, but God’s lavish gift is life eternal, found in your union with our Lord Jesus, the Anointed One.” I hope that you spent at least a few moments on Memorial Day in quiet reflection, remembering those who sacrificed their lives for your freedom. And every day, it is essential to remember the sacrifice that Jesus made for you. During times when your mind feels cluttered and overwhelmed, be quiet and reflect on Jesus. Quiet reflections can soothe your soul.

Posted by Richard Lawry at 7:11 AM