My An Arkie's Faith column from the October 20, 2021, issue of The Polk County Pulse. 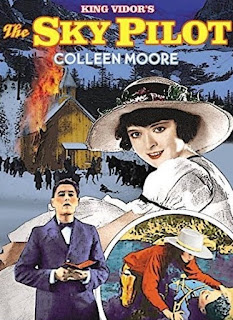 It was over ten years ago when I listened to my first podcast. While researching a history topic on my computer, I found some information I was looking for, but it wasn’t written. I had stumbled across the podcast Stuff You Missed in History Class. I enjoyed listening to the podcast and was able to get some information relevant to my research. I didn’t think about podcasts again until I got an iPhone.

While I was learning about what I could do with my iPhone, I saw the podcast app. When I opened the app, I searched for Stuff You Missed in History because it was the only podcast I knew. I listened to the current episode and enjoyed it, but the back catalog intrigued me. I listened to every episode in a few weeks. During one episode, I heard the hosts mention another podcast, Sawbones. I started listening to Sawbones, and before long, I had caught up on their back catalog. I was hooked on listening to podcasts.

Since that time, I have listened to podcasts almost every day. I listen in the car, while I work, while I mow the yard, anytime I can. I am obsessed with this form of communication. Most of the podcasts I listen to are history-related, and I learn so much new information that my friends and family get tired of me sharing my newfound information with them. 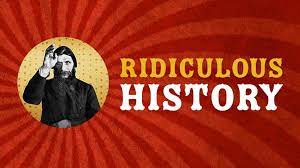 One of my favorite podcasts is Ridiculous History. The show’s tagline is, history is beautiful, brutal, and often ridiculous. While listening to a recent episode while working, I heard the show’s hosts, Ben and Noel, talking about Frank Higgins. Something that they said made me stop what I was doing and listen closer. Had I heard correctly? Had they said that Frank Higgins was a sky pilot to the lumberjacks in Northern Minnesota in the 1890s? There were no airplanes in the 1890s, so how could he be a sky pilot?

As I listened, I found that In 1895, Frank was a student pastor in Barnum when a church member invited him out to a logging camp. The lumberjacks made fun of Frank, asking him to preach on demand. He did so, and his impromptu sermon impressed them. Frank kept ministering to lumberjacks and eventually resigned his pastorate to become the first full-time missionary to loggers. He moved to Bemidji, which had a reputation as one of the roughest towns in the North Woods. Bemidji was home to many saloons, brothels, and gambling joints, and Frank was determined to make a difference. For decades he traveled from his base in Bemidji to the frozen logging camps of Minnesota with his trademark pack of Bibles, hymnals, and Christian literature strapped to his back. 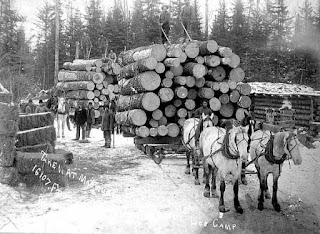 Life in logging camps was difficult. Logging was done during the winter so that the logs could be loaded onto frozen rivers and sent downstream during the spring thaw. Men huddled together in cold bunkrooms during logging season. Lice were a certainty, and illness and injury were likely. The work was demanding and very dangerous. Most of the men had lost contact with their parents and siblings as they traveled from state to state for work. Men who were married rarely, if ever, saw their wives and children.

The lumberjacks accepted Frank because he seemed like one of them. He was physically imposing, and his friends said he had no problem standing up to men who confronted him. He was well-prepared for the cold winters. At first, as he traveled across northern Minnesota from camp to camp, he used snowshoes or skies and carried a heavy pack on his back. He soon realized that a dogsled would make it easier to haul his materials. He also used his dogsled as an ambulance for taking injured lumberjacks and pregnant women to the hospital. Frank and his sled dogs became an iconic image in the North Woods. 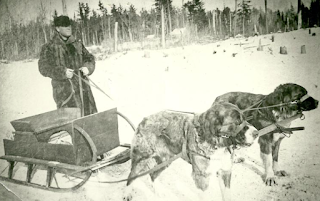 But why was Frank Higgins referred to as a sky pilot? Frank claimed that the lumberjacks gave him the name sky pilot. The men were living a brutal existence, and Frank would come into the camp holding religious services and tending to the needs of the men. The lumberjacks asked, “what are you doing here, and why are you enduring such hardship coming out here?” Frank answered, “I want to pilot your souls to the sky.” So they started referring to him as a sky pilot. Soon the term was used for any clergyman ministering to the lumberjacks.

The term sky pilot was already in use among seamen before Frank started his ministry in Minnesota. The Reverend Thomas Stanley Treanor prefaced his 1894 book “The Log of a Sky Pilot” in 1894 with these words. “The term ‘Sky Pilot’ is applied sometimes by sailors to clergymen. No doubt the expression is chiefly used in jest, but behind the jest, there lies a solemn conviction that a Sky Pilot is what he wants and just what the minister of Christ should be. History is full of expressions originally given in derision but adopted and glorified by the very persons to whom they were at first contemptuously applied. Surely it is our high calling to lead and help our fellow voyagers to the skies.” 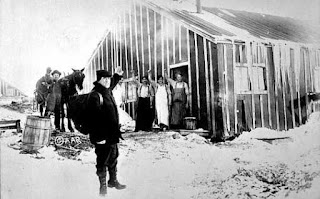 Frank Higgins became respected among those he ministered to. Although he was adamant in denouncing sin, he wrote that “the woodsman was sinned against as well as sinning.” He continued, “months pass by every year, and many of these men do not even get a letter or a paper to read. Is it any wonder when they come down in the spring that they feel that nobody cares for them and at once go to the saloon where they are made welcome as long as their money lasts?” He described his own experiences with the lumberjacks, stressing the warm welcome he invariably received. He fought for better working conditions for the men. He fulfilled the directive of Jesus; “Go out to the highways and hedges and compel people to come in, that my house may be filled.” Luke 14:23 (ESV)

Frank realized that the wild excesses of the lumberjacks reflected their barren lives. He told his fellow ministers that “reform could not come through exhortation alone; these rootless men needed worthwhile interests and normal emotional outlets.” The woodsmen liked and respected Frank not only for what he did but for what he was. He fulfilled the words of Jesus; “You should be a light for other people. Live so that they will see the good things you do. Live so that they will praise your Father in heaven.” Matthew 5:16 (ICB)

Gentle Reader, as Christians, we are all called to be sky pilots. In Mark 16:15 (NLV), Jesus tells us, “you are to go to all the world and preach the Good News to every person.” God may not call you to be a missionary to the lumberjacks of Minnesota or the sailors on the ocean. But he has called you to be a sky pilot to someone. The best sky pilots are not the ones who stand on a stage and give instructions. The best lead by example. In the process of their faithfulness, they set an example for others to follow. Be a sky pilot today.

Posted by Richard Lawry at 6:56 AM