Garden of the Gods

My An Arkie's Faith column from the June 8, 2022, issue of The Polk County Pulse. 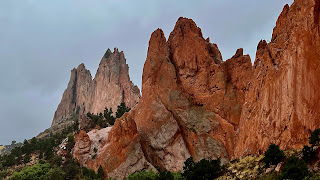 Last month my wife and I went to Colorado to visit family. While there, I wandered the streets of Longmont, Colorado looking for the small two-room grade school I had attended for six years. When I turned off Hwy 287, I had missed the area by several blocks, but I eventually found it. The front of the building looked the same as it did fifty-plus years ago when I attended school there. But a large gymnasium had been added to the back of the building. It was no longer a school but now housed a church.

As I got out of the car to snap some photos, I remembered those years so long ago. Grades one through four were on the left side of the school, and grades five through eight were on the right. When I started the fifth grade and moved to the big room, I thought I had arrived. The back of each classroom was windows looking out over the playground and baseball diamond. I would sit in class and look out the windows, dreaming of baseball. 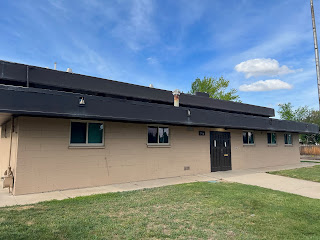 I was obsessed with baseball when I was in the fifth grade. The older boys loved baseball, and I wanted to be like them. I would beg my mom to get to school early because there was always a pickup baseball game before school started. As I sat in school and daydreamed, I was always a major league baseball player delivering a clutch hit in an important game.

While in Colorado, we attended the memorial service for a cousin in the Colorado Springs area. After the memorial, I suggested we go to the Garden of the Gods before returning to the Denver area. The weather was cold and rainy and visibility was poor as we drove to the park, but I knew that it was the only chance we would have to see the Garden of the Gods, so we continued. 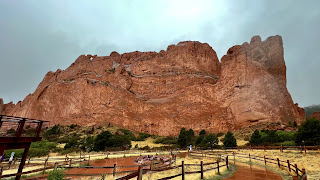 When we arrived, the massive three-hundred-foot-tall red rocks sticking straight out of the ground were easily visible through the misty, rainy, overcast skies. The magnificent sandstone rock formations were colored in rich oranges and reds, and the rain made the wet rocks even more beautiful than I had remembered.

We stopped at the visitor center, and while I was there, I learned the origin story of the name Garden of the Gods. The area was first called Red Rock Corral, which seemed appropriate. But the name didn’t stick. In 1859, M. S. Beach and Rufus Cable, two railroad surveyors, were sent to set up and establish Colorado City. As they started surveying the area, Beach thought, “of all the places I have seen on the trip, this is one of the most beautiful.”

“This is a capital place for a beer garden,” Beach remarked. The place wasn’t lush in the traditional sense of a garden but had a deep earthy feel. “Beer garden! Why it is a fit place for the Gods to assemble,” his partner, Rufus Cable, exclaimed. “We will call it the Garden of the Gods.” The area soon became a landmark in Colorado City and was known by the name the surveyors gave it, Garden of the Gods. 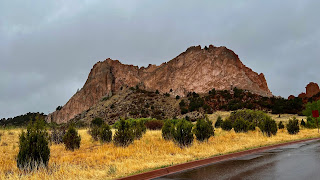 In 1879, railroad mogul Charles Elliot Perkins bought the portion of land containing many unusual formations. Perkins wanted the property to be open to the public for everyone to enjoy. After he died in 1907, Perkins’ family deeded the property to the City of Colorado Springs under several stipulations — one of which being that the park remain “forever free” and open to the public. To this day, there is no admission fee, even though the park became a National Monument in 1971 and is administered by the National Park Service.

We cut our visit short, wanting to return to Denver before the roads got bad from the snowstorm that was forecast. While I was admiring the view from the outdoor deck of the visitor center, large clumps of snowflakes began to fall. Though we didn’t get to spend as much time at the Garden of the Gods as we would have liked, the beauty of those deeply colored rain-soaked rocks will always be etched in my memory. 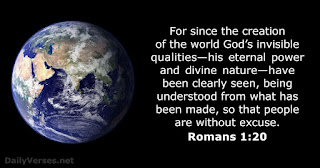 Spending time in nature has profoundly affected my spiritual life. Something about a towering tree, majestic rock formations, a colorful wildflower, tall mountain peaks, or a rushing waterfall reminds me that my God is incredible! I know Him better the more time I spend in God’s wonderful creation. In Psalms 19:1,2 (NLT), David wrote, “the heavens proclaim the glory of God. The skies display his craftsmanship. Day after day they continue to speak; night after night they make him known.” Nature can show us God’s beauty, glory, power, presence, and creativity if we pay attention. In Romans 1:20 (NLT), the Bible tells us that “ever since the world was created, people have seen the earth and sky. Through everything God made, they can clearly see his invisible qualities—his eternal power and divine nature. So they have no excuse for not knowing God.”

Gentle Reader, I love being outside and awed by God’s creation. In our technologically advanced world, we often relegate God to an accessory that improves our lives. We’ve lost sight of God’s majesty. More than 50 years ago A.W. Tozer wrote, “With our loss of the sense of majesty has come the further loss of religious awe and consciousness of the divine Presence. We have lost our spirit of worship and our ability to withdraw inwardly to meet God in adoring silence.” The next time you are out experiencing God’s majestic creation, whether here in the beautiful Ouachita Mountains, or some other place of natural beauty like the Garden of the Gods, wrap yourself in the feeling of God’s majesty and presence.

Posted by Richard Lawry at 6:33 AM