J Is For Judith 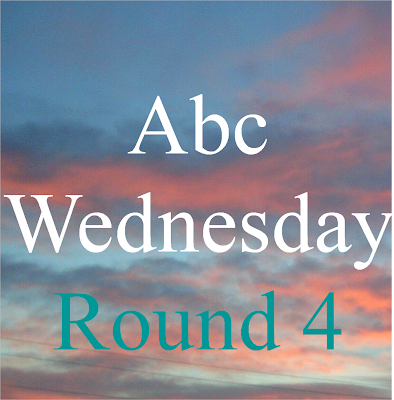 It's time again For ABC Wednesday. If you aren't participating in ABC Wednesday, you are missing out on a lot of fun. This week the letter is "J". J is for Judith.

I first met Judith in the spring of 2004 when a group from my church traveled to San Pedro Belize to help build a church. Gina and I made friends with her and her family. Gina never lets me forget that I once told her that Judith was the most beautiful woman in San Pedro.

Every time we have visited in Belize we make sure that we get to spend some time with Judith and her kids. She has a lovely family.

JUDITH AND HER CHILDREN

On one trip to Belize we were able to bring Judith's son Andrew a nebulizer which he needed for his asthma. The machines are very expensive in Belize, but we were able to get one at wholesale through a friend who was the administrator of a nursing home. Another friend had 144 doses of the medicine that was needed for use in the nebulizer because of a mistaken shipment that the company would not take back. Before we went through customs in Belize we said a prayer and asked that God would help us get through without paying duty. The one suitcase they opened was the one with the nebulizer and medicine. They asked what it was , and Gina told them it was for asthma. They wanted to know how much medicine was there. Gina told them I hope enough. They let us go through.

Gina and I love to visit in Judith's home and see her kids. We always try to bring some clothes with us that will fit her kids. They love to try on the clothes and have a little fashion show. When Wal-Mart is having end of summer clearance, we buy clothes and save them for our next trip to Belize.

The last time that we were in Belize, Judith and her daughter walked over a mile from her house to our motel to see us off as we were leaving. I am humbled and amazed by the kindness and friendliness of the Belizean people, and am proud that Judith counts me a a friend.

JUDITH VISITING IN OUR MOTEL

Just the other day I was reading the San Pedro Sun Blog, and there in the first picture of the blog was Judith with two of her kids. What a pleasant surprise. It made me want to see her and all of our other friends in Belize. 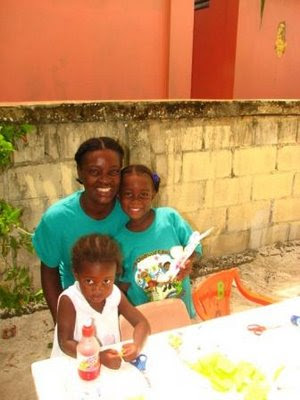 You can see the original post with this photo here.
Posted by Richard Lawry at 11:26 AM