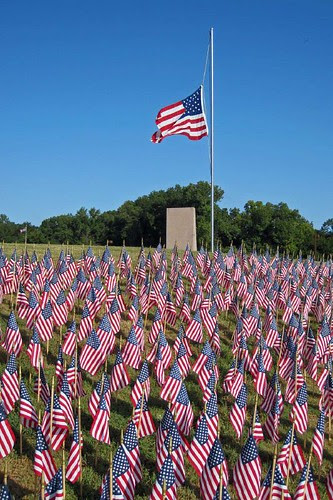 On September 11 I was out of town and away from my computer. No matter where I am or what I am doing, September 11 brings a flood of emotion. Each year on the anniversary of the horrible day I am engulfed in a cloud of sadness and hurt as I reflect on all those lives that were so altered by the events on that day. But this 9/11 was different. Gina and I were at an American Cancer Society Relay For Life Summit in Jackson, Mississippi. The purpose of the Summit is to inspire hope, courage and determination in the fight to eliminate cancer. If there is one word that defines Relay For Life it is "hope".

It is inspiring to spend time with hundreds of volunteers whose main objective is to provide hope for the all too many people who are affected by cancer. In a world that sometimes seems consumed with distrust and hatred of people who are different in race, religion or political beliefs, it filled me with hope to see a group of people who are willing to give of their money and time to benefit others and to give them hope. 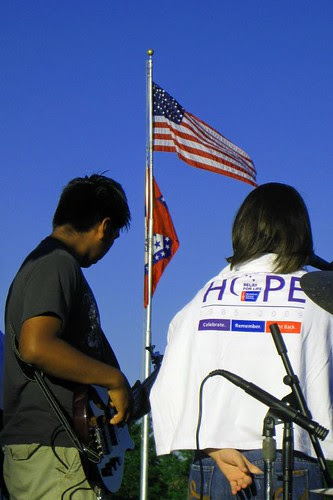 As Gina and I watched the History channel programing Saturday evening in our hotel room in Vicksburg, Mississippi the tragedy of the day was once again uppermost in my mind. Watching the first person accounts of that day left me with a knot in my stomach and a feeling of sadness. As I was thinking about the terror of that day, I was drawn to the different ways people react and deal with it. Hatred has been in the news recently with the talk of burning the Koran and blaming every Muslim for the tragedy. Not everyone reacts with hatred. There is one group in particular that has harnessed the emotion of that terrible day for a good cause. 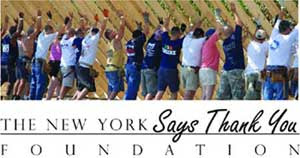 Each year on the 9/11 Anniversary, The New York Says Thank You Foundation sends hundreds of volunteers from New York along with disaster survivors from around the country to help rebuild communities around the United States recovering from disaster. It’s their way of saying “Thank You” for all the love and support Americans from across the country extended to New Yorkers in the days, weeks, and months following September 11.

This year they came to my community, Mena, Arkansas to help us rebuild after a tornado devastated much of the town in April 2009. You can read more about their efforts in Mena here. 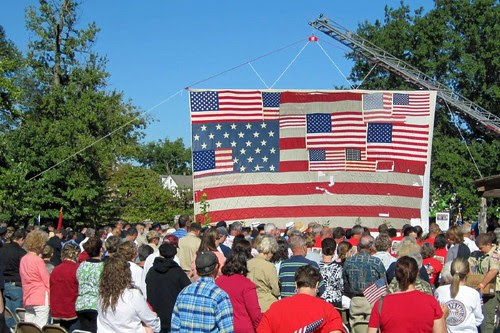 As part of the ceremonies local service heroes from the community and surrounding towns placed ceremonial stitches in The National 9/11 Flag, a 30-foot American flag destroyed in the collapse of The World Trade Center on September 11. I was at the memorial service and was able to see and photograph that flag. To see these wonderful volunteers in action and to see this flag that the terrible events of September 11, 2001 couldn't destroy left me on this 9/11 anniversary filled with hope.
Posted by Richard Lawry at 10:17 AM