Z Is For Zephyr 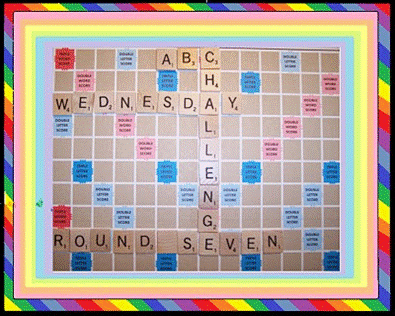 This week the letter is Z. I am curious to see what everyone posts. Z is a hard letter. My post is Zephyr. In 1936 Lincoln came out with a new lower priced car called the Zephyr, named and styled after the streamlined Burlington Zephyr express train. 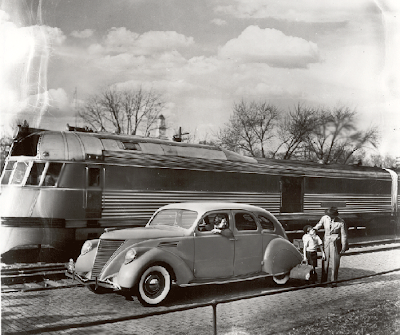 In 1934 the Burlington Railroad had introduced a sleek new streamlined passenger train called the Zephyr. It broke the speed record on the Chicago to Denver route. Two years later Lincoln tried to transfer some of the train’s glamor to its new streamlined Zephyr automobile by picturing the two vehicles side by side.

Several years ago I spent a lot of time manipulating photos to look like paintings. One of the photo/paintings was of a 1939 Lincoln Zephyr that belonged to my Dad.

Ford Motor Company reused the name Zephyr several times. In the U.S. Ford produced the Mercury Zephyr from 1978-1983. It was Mercury's version of the Ford Fairmont.

Lincoln resurrected the Zephyr name in 2006 for it's new mid-sized luxury car based on the Ford Fusion. The name lasted only one year as Lincoln renamed the car MKZ for 2007. 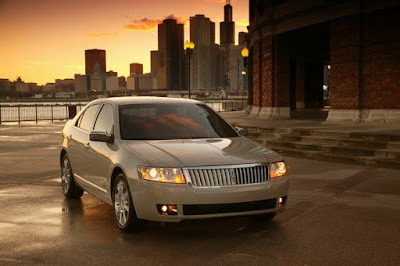 In the United Kingdom, Ford used the Zephyr name from 1950 until 1972. Zephyrs were the largest passenger cars in the British Ford lineup. The Ford Zephyr was a very popular car in Britain with over a million cars produced. 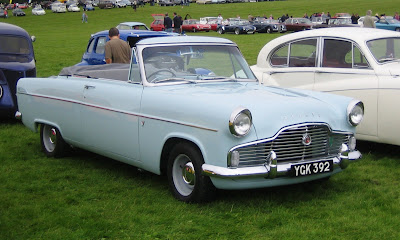 I hope you enjoyed this short automotive history lesson and that this post didn't make you want to zzzzzzzzzzz.
Posted by Richard Lawry at 11:03 AM