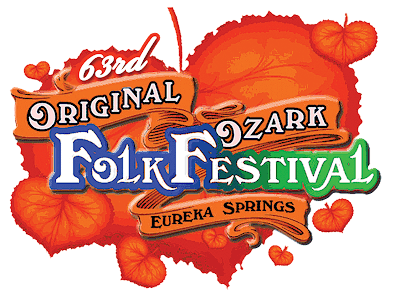 The Granddaddy of them all - The Ozark Folk Festival in Eureka Springs is the country’s oldest continuously running folk festival. It was in 1947 that this beautiful little town in the Ozarks held its first folk festival. The event was started by local artists and musicians with the purpose of keeping traditional crafts and music alive. They also wanted to bring in the young emerging voices and artists who were giving new energy to Americana music and arts.

It began as a small informal celebration, with craftsman pulling their wares out onto the sidewalks and the sound of fiddles and banjos echoing off of the hills. Over the years some of the biggest names in music have performed at the festival.

This is the first year that I have been able to attend. I really wanted to go because 3 Penny Acre was opening for Eliza Gilkyson. I had heard 3 Penny Acre when they came to Mena and put on a show at Ouachita Little Theater. I was immediately drawn to their sparse Acoustic/Folk/Roots/Americana music. Just three acoustic musicians with amazing voices and harmonies in a small venue made for an incredible show. The show in Mena was a coming home for band member Bernice Hembree who grew up here. 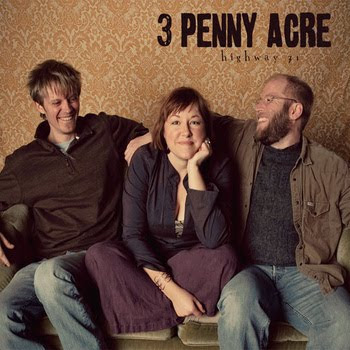 Listening to 3 Penny Acre as they opened the show at the City Auditorium in Eureka Springs was all I had hoped it would be. The Auditorium is such a great venue for music. One of my favorite songs of theirs is the title track off of their new album Highway 71. Highway 71 runs through Mena, and my shop is located on the highway. When we first moved to Arkansas in 1981, Highway 71 still had one lane bridges and there was a popular bumper sticker that stated "Please pray for me; I drive Highway 71.

I really hated to see the 3 Penny Acre set end, but there was a lot of great music yet to come. Wes Castro played a solo set of his own songs. He was the winner of 2009 Ozark Folk Festival Songwriter Contest.

Headlining the show was Eliza Gilkyson. Eliza comes from a musical family and has been recording since 1969. She grew up in the midst of the Hollywood entertainment industry. Her father, Terry Gilkyson, was a musician and songwriter. Among her fathers hits were Frankie Laine's "Cry of the Wild Goose," Dean Martin's "Memories Are Made of This," the 1960 folk-pop smash "Greenfields," recorded by the Brothers Four, and "The Bare Necessities," from the 1967 Disney Studios film The Jungle Book.

Eliza is a great entertainer. She has a good rapport with her audience. I had not heard her music before, but really enjoyed her music.

The Ozark Folk Festival was lots of fun. I hope that I can make it back next year.

Posted by Richard Lawry at 8:54 AM