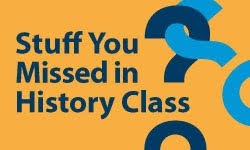 On our trip this last weekend we started listening to the podcast, Stuff You Missed in History Class. One of the podcasts was on Henry Ford. I thought I knew quite a lot about Henry, but I learned something new; I learned about Fordlandia. In the 1920's Ford Motor Company was producing over a million cars a year. Henry Ford needed rubber to make tires, hoses and other parts for the cars. Rubber does not grow in Michigan, and European producers enjoyed a virtual monopoly on the rubber trade because of their Asian colonies. So Henry decided to grow his own. In 1927 he decided to get it by carving a plantation and a miniature Midwest factory town out of the Amazon jungle. He called it Fordlandia.

The site chosen for Ford’s new rubber plantation was an area of some 2.5 million acres on the banks of the Tapajós River, a tributary of the Amazon about 600 miles from the Atlantic. It took Ford’s agents approximately 18 hours to reach the place by riverboat from the nearest town. Ford’s vision was a replica Midwestern town, with modern plumbing, hospitals, schools, sidewalks, tennis courts and even a golf course. There would be no drink or other forms of immorality, but gardening for all and chaste dances every week.

Ford tried to use his knowledge of mass industrial production on the diversity of the jungle. But the Amazon is one of the most complex ecological systems in the world — and didn't fit into Ford's plan. Ford was so distrustful of experts that he never even consulted one about rubber trees. If he had he would have learned that plantation rubber can't be grown in the Amazon. The pests and the fungi and the blight that feed off of rubber are native to the Amazon. Basically, when you put trees close together in the Amazon, what you in effect do is create a feast for the pests. The Fordlandia plantation actually accelerated the production of caterpillars, leaf blight and other organisms that prey on rubber. 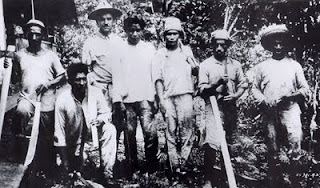 Just like the rubber plantation didn't work, neither did Henry's idea of creating a utopian society in the middle of the jungle.  Although he built nice homes for the workers and built modern schools, his work force was never happy.  There was tremendous turnover.  He didn’t like drinking, so he prohibited alcohol.  He tried to regulate the diet of Brazilian workers. He had very rigid thoughts on healthy food, so he had them eating whole rice and whole wheat bread and canned Michigan peaches and oatmeal. There were riots over the food.  He also tried to regulate their recreational time. He introduced square dancing to replace the samba.

The Brazilian workers resisted the heavy attempt to regulate every aspect of their lives, not just the industrial regime, but also their diet, their sanitation and medical regulation. And during one riot in particular, they smashed all the time clocks.

Ford spent about a billion dollars, in inflation-adjusted dollars, on this project, and not one drop of latex made it into a Ford car. It was an absolute failure. In 1945 it was sold to the Brazilian government for $244,200.

In the video below is an interview with NYU professor Greg Grandin about his new book, Fordlandia: The Rise and Fall of Henry Ford’s Forgotten Jungle City.

Posted by Richard Lawry at 4:42 PM