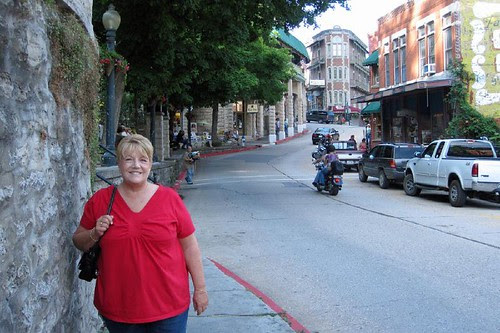 E is for Eureka Springs, Arkansas.  Eureka Springs is one of our favorite places. We try to go there several times a year as it is a beautiful three and a half hour drive from home.

Eureka Springs is a Victorian mountain village that was founded in 1879. Judge J.B. Saunders claimed that his crippling disease was cured by the spring waters. Saunders started promoting Eureka Springs to friends and family members across the State and created a boom town. Within a period of little more than one year, the city grew from a rural village to a major city of 5,000 people. By 1889 it was the second largest city in Arkansas. With bath house cures falling out of favor, and the depression that hit the nation being particularly bad in Arkansas, Eureka Spring fell into decline during the 30's.

With the end of World War II the era of the family car trip began. Businesses and services moved to the highway, rustic tourist courts and air-conditioned motels were built alongside diners and gift shops. Sights that had been horseback adventure were now attractions to the motoring tourist. The motoring public could turn-off Hwy 62 down 62B into the valley, follow the loop through the historic little Victorian city, and come back out on the highway. 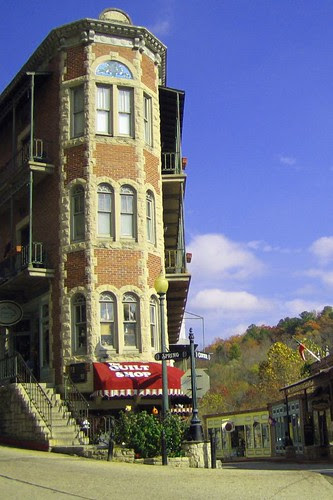 Early in the 1960s Beaver Lake was completed, and shortly after that Pea Ridge Battle Field National Military Park was opened. Northwest Arkansas attractions continued to expand the number of tourists passing through the Eureka Springs area. In the 1970s, the public was looking for a different lodging experience. The bed and breakfast concept was a perfect fit for the public and for Eureka Springs. The city prospered at a rate reminiscent of the early boom days. It is now a favorite vacation spot for many with over 2500 rooms available. On peek weekends it can be difficult to find a room.

The city has steep winding streets filled with Victorian-style cottages and manors. The old commercial section of the city has an alpine character, with an extensive streetscape of well-preserved Victorian buildings. 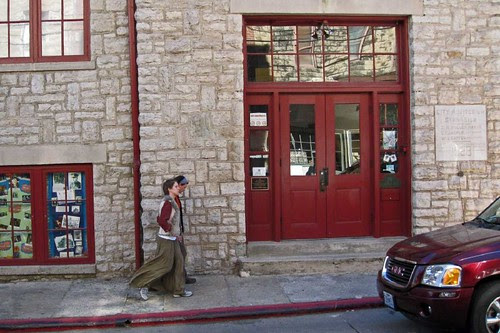 I love to take photos in Eureka Springs and have taken many over the years. 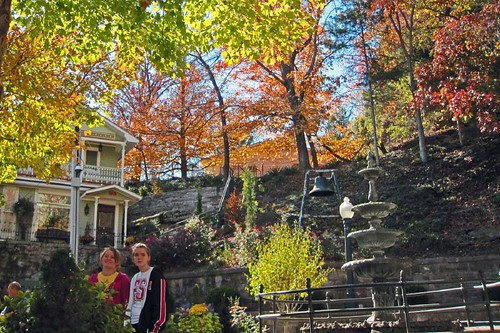 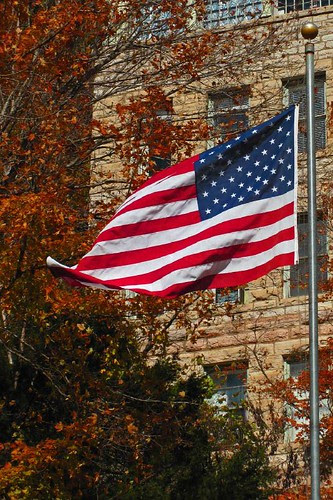 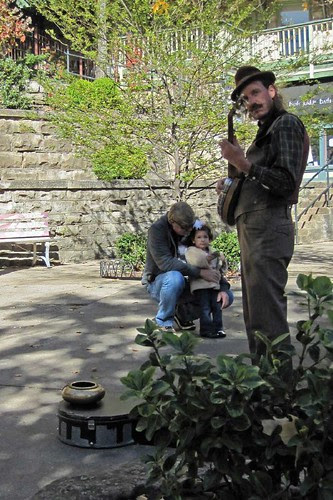 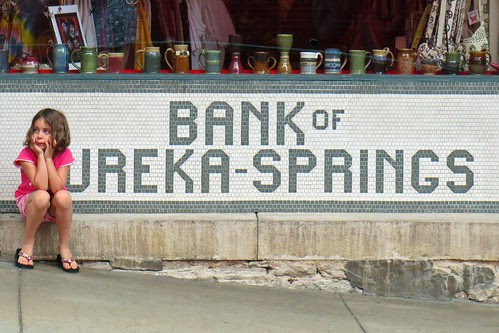 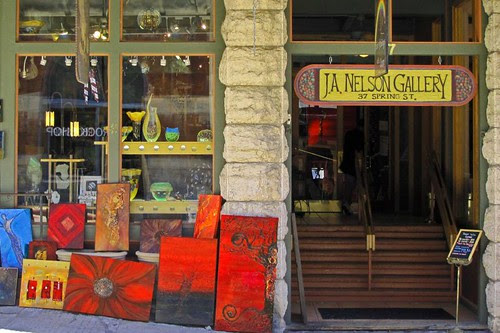 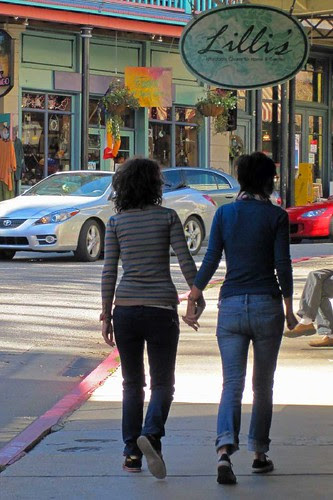 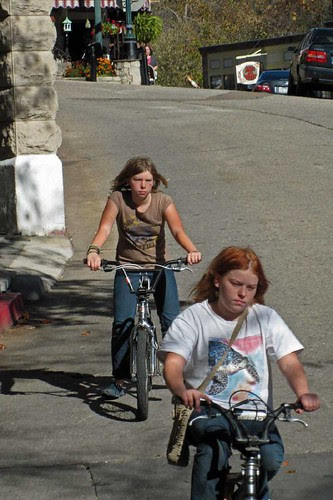 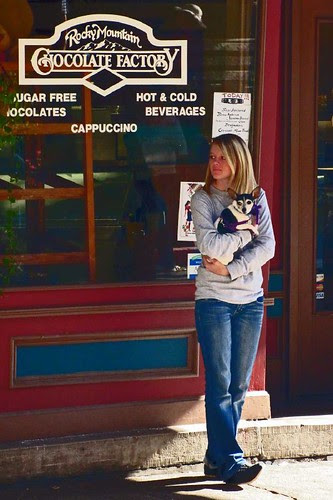 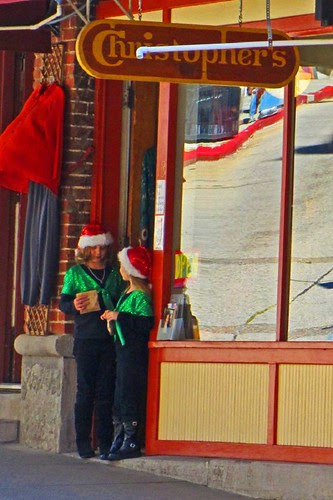 Here are a couple of signs that caught my attention. I have always found the sign at Scarlett's amusing. Scarlett's is a shop that sells sexy lingerie and other items to "enhance one's sex life". While everyone else in town is open, Scarlett's is closed on their Sabbath. 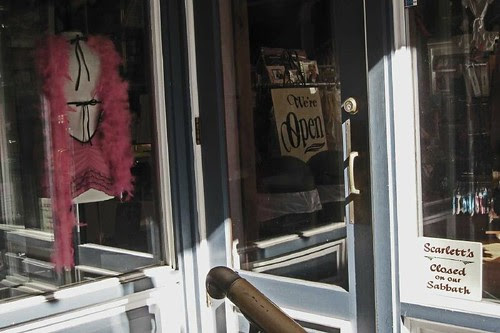 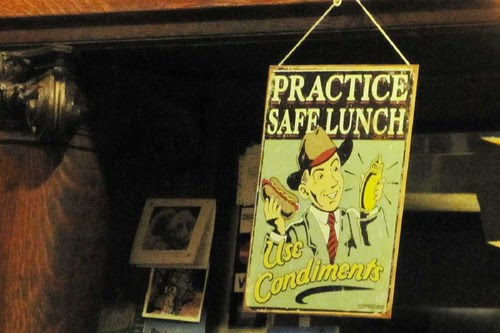 Our favorite time of the year to visit Eureka Springs is in the fall when the autumn colors are so beautiful. 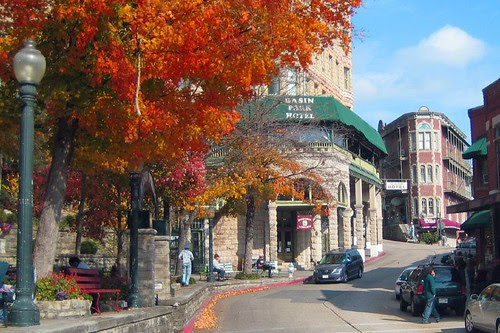 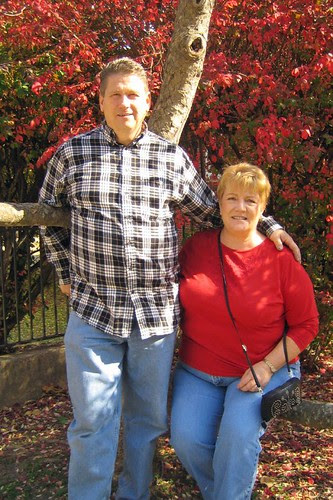 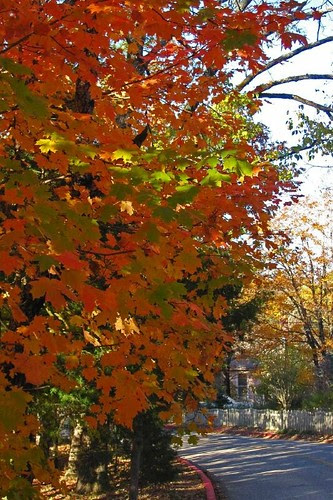 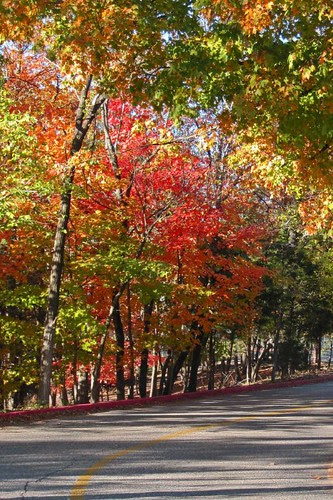 Posted by Richard Lawry at 7:49 AM