My Grandpa Reeve by Shannon Welch 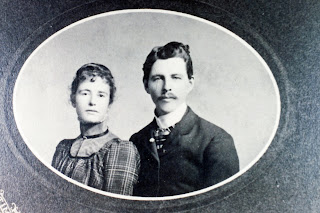 This story was written by Shannon Welch and posted on Ancestry .com


My Great Great Grandpa Reeve died when my mom was 17, but I heard a lot about him from my mom. He was tall and very handsome, and he was married to Edith Lewis when they were both very young. She was a maid in a "RICH HOUSE" in Chicago, and he delivered milk there with a horse. Prior to that Grandpa Reeve's parents worked for the railroad and had a boarding house for railroad men. His mom used to make great noodles and pies--and a lot of them.

When he was a kid, she made pies and put them on the pie safe for lunch and she never used to figure how she would have missing pies. The mystery was finally solved when she caught my Grandpa and his friends and cousins stealing pies from the pie safe and running into the woods with them!

As an older man, Grandpa was a little grumpy with the boys. They used to borrow his dominoes and they'd tell him they lost his Double 6 and he would holler and chase them. Since it happened repeatedly, I think he was just having fun with the silly boys. 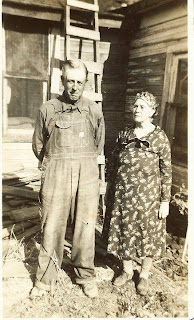 Grandpa farmed and worked for the railroad at different times. Grandma and Grandpa got married, moved to Kansas from Illinois, and had eight children who lived and a couple who passed away in infancy.

Grandpa moved to Arkansas when my Great Grandmother, Zenella, was 15. They went in a covered wagon with horses from Altoona, Kansas, to near Mena, Arkansas. That was in 1911. According to my Aunt Lola, the whole family would have starved to death if they hadn't killed and roasted wild pigs and other animals. She said Grandma Reeve thought God would rather have them eat pig than starve to death. She was an Adventist, but Grandpa was not.

Grandma Reeve died in 1959 and Grandpa Reeve went to live with his daughter, Alma and her husband, Winfred. Then he attended the SDA Church every week with Alma and seemed to embrace it. He passed away in 1963.
Posted by Richard Lawry at 2:59 PM