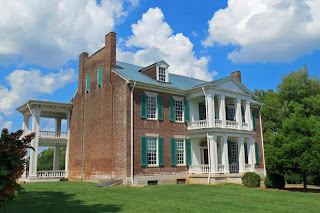 C is for Carnton Plantation.  Recently on our way to Ootelwah, Tennessee for my Aunt's 85th birthday party, we stopped in Franklin, Tennessee.  My sister and her husband from Missouri were also heading to the same party.  We called them to see where they were, and they just happened to be in Franklin.  We got together for lunch at the Franklin Mercantile Deli.  After lunch we toured the Carnton Plantation.

Carnton was built in 1826 by former Nashville mayor Randal McGavock. Throughout the nineteenth century it was frequently visited by those shaping Tennessee and American history, including President Andrew Jackson. Carnton was a working plantation of 1,400 acres of which 500 acres was used to raise wheat, corn, oats, hay and potatoes. After his father died in 1843, John McGavock took possession of the property and continued to farm it until his death. Under his direction, Carnton grew to become one of the premier farms in Williamson County, Tennessee.  John McGavock married Carrie Elizabeth Winder in December 1848 and they had five children during the subsequent years, three of whom died at young ages.  The surviving children were Winder and Hattie.  Here is a photograph of them from 1865. 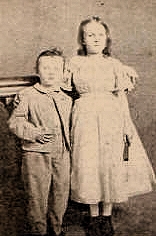 Beginning at 4 p.m. on November 30, 1864, Carnton Plantation saw one of the bloodiest battles of the entire Civil War. The Confederate Army of Tennessee furiously assaulted the Federal army entrenched along the southern edge of Franklin. The resulting battle was the bloodiest five hours of the Civil War.   The Battle of Franklin lasted barely five hours and led to some 9,500 soldiers being killed, wounded, captured, or counted as missing. Nearly 7,000 of that number were Confederate troops. Carnton served as the largest field hospital in the area for hundreds of wounded and dying Confederate soldiers.

As we toured the home, you could see blood stains on the floors from the surgeries and amputations done during that time.  A staff officer later wrote that "the wounded, in hundreds, were brought to the house during the battle, and all the night after. And when the noble old house could hold no more, the yard was appropriated until the wounded and dead filled that also" 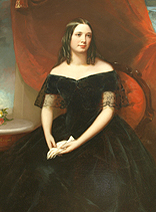 Hundreds of Confederate wounded and dying were tended by Carrie McGavock and her family. Her two children, Hattie (age nine) and son Winder (age seven), provided some basic assistance to the surgeons as well. Over 300 Confederate soldiers were cared for inside Carnton alone. Hundreds more, were spread out through the rest of the property, including in the slave cabins.

Carrie McGavock described the scene at Carnton after the Battle of Franklin this way. "Every room was filled, every bed had two poor, bleeding fellows, every spare space, niche, and corner under the stairs, in the hall, everywhere. And when the noble old house could hold no more, the yard was appropriated until the wounded and dead filled that. Our doctors were deficient in bandages and I began by giving my old linen, then my towels and napkins, then my sheets and tablecloths, then my husband's shirts and my own undergarments" 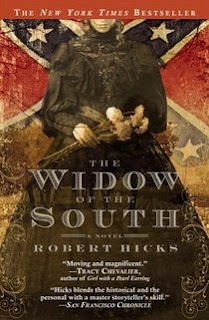 Author Robert Hicks wrote a historical novel based on the life of Carrie McGavock titled The Widow of the South. A review of the book by Anne Rivers Siddons states,  "A memorable, many-faceted account of one of the definitive events of our history. To read this thrilling story is to encounter and recognize something essential of the worst and best about ourselves. What a wonderful story Robert Hicks has told. It speaks powerfully to us today." I haven't read the book yet but I am planning to. 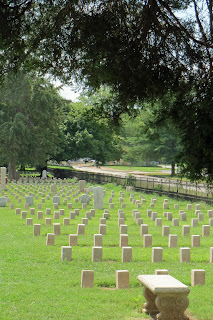 In early 1866, John and Carrie McGavock designated two acres of land adjacent to their family cemetery as a final burial place for nearly 1,500 Confederate soldiers killed during the Battle of Franklin. The McGavocks maintained the cemetery until their respective deaths. Today, the McGavock Confederate Cemetery is a lasting memorial honoring those fallen soldiers and the Battle of Franklin. It is the largest privately owned military cemetery in the nation.

I really enjoyed touring Carnton and the surrounding gardens.  Our tour guide was very knowledgeable and enthusiastic. If you are ever in Franklin, Tennessee I highly recommend a visit to Carnton Plantation.   Here are a few pictures taken at Carnton. 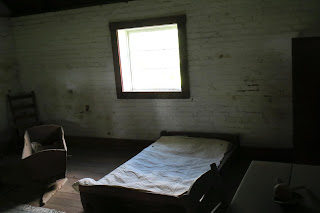 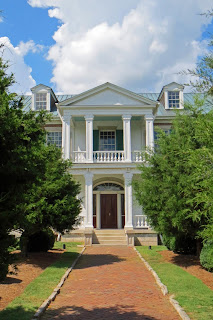 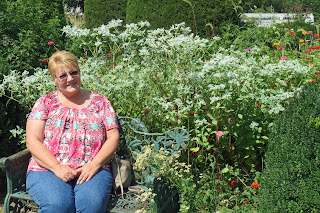 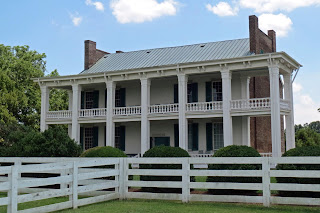 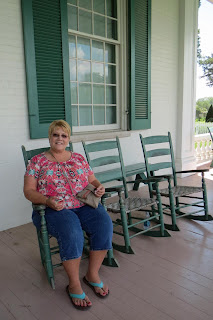 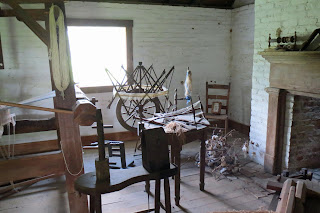 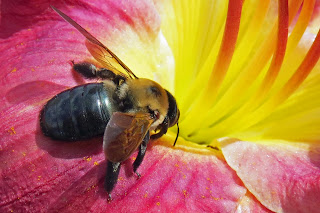 Posted by Richard Lawry at 8:17 AM