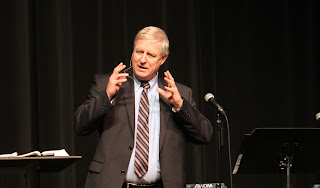 A pastor told the following story.  He had been invited to speak at a friend’s church.  He told the audience that their pastor had told him that the church was full of Pharisees.  The room became quiet.  The pastor stopped and asked if something was wrong.  There was still silence.  So the pastor asked another question.  How many of you considered being compared to Pharisees and insult instead of a compliment?  Nearly every hand raised.

The pastor went on to explain that calling someone a Pharisee wasn’t always an insult.  In Jesus’ day it would have been a compliment.

That’s because Pharisees in Jesus’ time were everything we admire spiritually.  They were completely committed to their religion.  They were very well versed in the Bible.  They carefully obeyed every one of God’s commands.  They even made up extra rules in case they had missed anything.

The Pharisees were so highly regarded that both Jesus and Paul played the Pharisee card when they wanted to illustrate the highest levels of spiritual commitment.  They knew that their audience would be impressed. 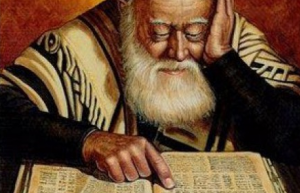 Jesus first used the Pharisees as an example of the highest possible achievement in the Sermon on the Mount.  To show that it is impossible to earn our way to heaven by our works he said in Matthew 5:20, “For I say to you, that unless your righteousness exceeds the righteousness of the scribes and Pharisees, you will by no means enter the kingdom of heaven.”  He pointed out well known commandments and then added to each one a much higher standard.

That had to freak out his listeners.  It is one thing to forbid adultery, but it is quite something else classify a quick look as adultery.  And it is downright terrifying to be told to gouge out our eye and cut off our hand if we struggle with a second look. 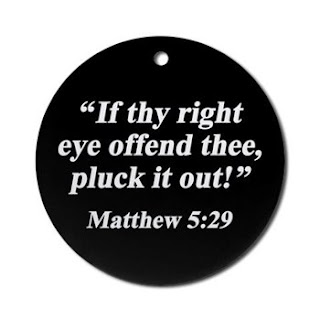 Now I don’t believe that Jesus was asking his audience to pluck out an eye or cut off a hand, but he was making a point.  We can’t earn our way into God’s favor by carefully keeping a moral code – even a Biblical one.  Our works will never be righteousness enough.  God’s standard of holiness is infinitely beyond our best efforts.

Just to make sure that everyone listening to Him understood how impossible it is to please God with our own good works Jesus stated in Matthew 5:20, “For I say to you, that unless your righteousness exceeds the righteousness of the scribes and Pharisees, you will by no means enter the kingdom of heaven.”  This had to be very disturbing to those who were listening to Jesus.  The Pharisees were considered the most righteous of the righteous.  If they had to be even more righteous than the Pharisees, they were all doomed.

They had to be thinking, “That’s impossible".  That’s exactly what Jesus wanted them to think.  He wanted them to understand that they couldn’t pull off their own salvation.  They would have to let Jesus do to for them.   That’s why he played the Pharisee card.  He knew that his audience would be blown away by the idea that those they thought were the very closest to God were not close enough. 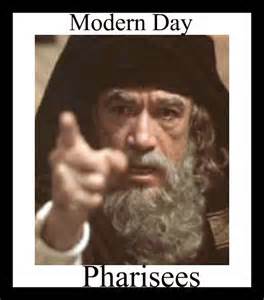 These insights into the culture of the first century and how people regarded the Pharisees are more than just interesting bits of ancient history.  They are important for every modern day Christian to understand.  If we don’t understand how spiritually impressive the Pharisees were, we will be blind to the danger of becoming like them.

The Pharisees thought of themselves as God’s biggest fans.  They praised him; they worshiped him and spoke out in his defense. But when God actually showed up in the form of Jesus, they vehemently opposed Him.

In the same way we can talk all day long about Jesus and the Bible. We can praise God. We can sing to Him. We can pray to Him. But when He shows up in ways we don’t expect, that we don’t agree with, or that make us uncomfortable, we can fight Him tooth and nail.

Our modern perception of the Pharisees is of spiritual losers who were enemies of Jesus.  We think; how can they have been so stupid?  If this is what we think of the Pharisees, that they were spiritual losers instead of spiritual superstars, we will not be able to recognize the danger in our own life.  We will not see that it is often a very short journey from being zealous for God and being unintentionally opposed to God. 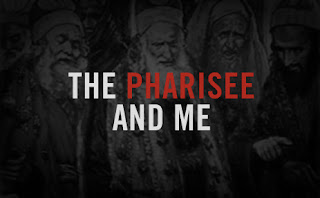 No one starts out with the desire to become a Pharisee.  We know from the Bible that they are the bad guys.  No one ever looks in the mirror and sees a Pharisee.  But the truth is that modern day Pharisees are made up of people just like you and me.  They are people who love God. They study the Bible and are trying the best they can to live by it.  But with a focus on works and a distaste for grace they become Pharisees.

Following Jesus is not a race to see who can be the most radical, the most obedient, the most sacrificial or the most knowledgeable. It’s not a contest to see who is willing to take the hardest road.

For the gospel to actually be good news, grace and mercy have to remain front and center.  When the intensity of my commitment or the extent of my personal sacrifices become the way to receive God’s acceptance and approval, the good news of the gospel is no longer good news.  We must remain true to the heart of the gospel, offering rest, help, hope, and salvation to the weary and heavy laden. 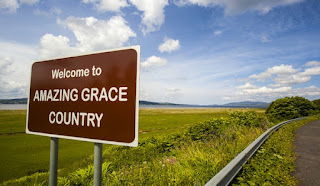 Our hope is not in what we do for God.   Our hope is in what God has done for us.  That’s the gospel.  That is what will keep people like you and I from becoming modern day Pharisees.

Posted by Richard Lawry at 7:54 AM