More than $14,000 was raised during the annual Relay For Life of Polk County Celebrity Waiter Event held at Mena Mountain Resort on August 7th.  Lou and Denni Longoria prepared a delicious meal and 15 local celebrities waited tables for tips.  The room looked beautiful as each celebrity decorated their table.  Each table had a theme such as Hollywood, Mountain Meadows, Western, 60’s Love, Christmas, Survivors and Superheroes and the waiter’s guests dressed according to the theme.  There were Tie Dye Hippies from the 60’s, Cowboys and Cowgirls, Superheroes, Mr. and Mrs. Clause, Chuck Norris, Marilyn Monroe, Boss Hog, Daisy Duke, and many more.  Shannon Hunter auctioned off donated items.  The local celebrity waiters who participated in the event were; Jeannie and Larry Barsic sponsored by USEM Federal Credit Union, Monroe Miller and Taylor Wilhite and Jim and Joyce Stroope  sponsored by Nidec, Clint and Telissa Montgomery sponsored by Shelter Insurance, Gregg Goss sponsored by Bear State Bank, Shelly Harvey and Teresa Bates sponsored by Union Bank, Betty Johnson sponsored by Genesis Cancer Center, Jared Standridge, Elizabeth Baker and David Jones sponsored by Relay For Life of Polk County. 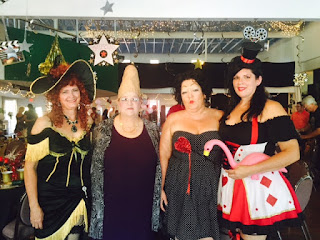 While the tips were being counted the guests enjoyed dancing to the tunes of DJ Hollywood.  The Celebrites who received the most tips were Jim and Joyce Stroope.  Second Place went to Monroe Miller and Taylor Wilhite.  The award for Best Dressed Waiter went to Clint and Telissa Montgomery as Mr. and Mrs. Clause.  The award for the Best Dressed Table went to Shelly Harvey and Teresa Bates for their western theme.  The Sneakiest Waiter award went to The Flash, Larry Barsic.  The Most Spirited Waiter award was presented to Jim Stroope.  The award for the Best theme went to Greg Goss for 60’s Love.

The 2015 Celebrity Waiters of the Year were Jim and Joyce Stroope. The Waiter of the Year is determined by the total amount of money raised for the event. This year’s runners up were Jeannie and Larry Barsic. 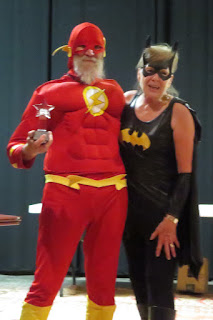 All of the funds raised at the event will be donated to Relay For Life of Polk County to support the American Cancer Society.  ACS saves lives by helping people stay well by preventing cancer or detecting it early; helping people get well by being there for them during and after a cancer diagnosis; by finding cures through investment in groundbreaking research; and by fighting back by rallying communities worldwide to join the fight. The American Cancer Society is the nation’s largest non-governmental investor in cancer research.  As a result, over 11 million people in America who have had cancer and countless more who have avoided it will be celebrating birthdays this year. 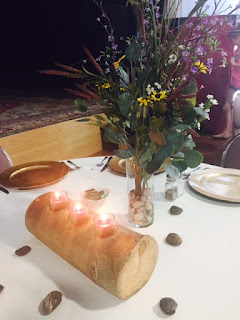 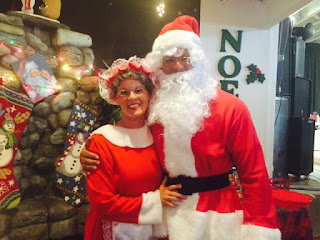 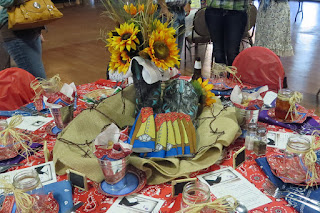 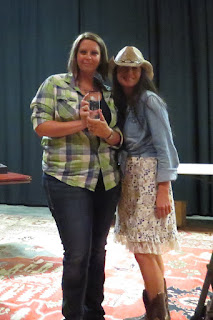 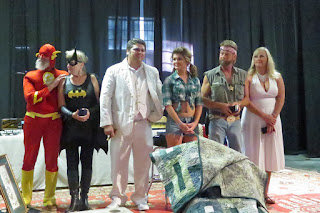 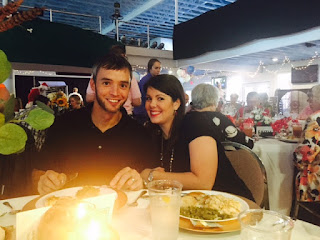 Posted by Richard Lawry at 9:36 PM