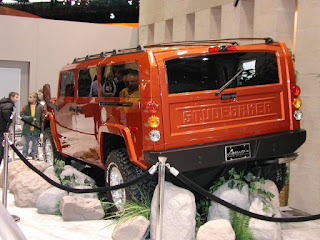 The XUV was the vision of Michael Kelly, an entrepreneur with one-time business interests in auto body shops, van conversions, ethanol fuel additives, Mexico resorts, raceways and family fun parks. He bought the Avanti Motor Corporation in 1986, sold it in 1988, and bought it again in 2001. 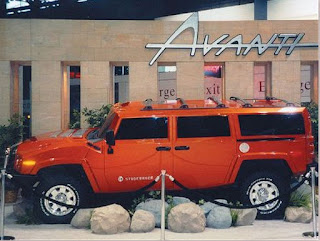 The company brochures stated that it was, "the first Studebaker produced in 37 years, it boasts an unbeatable blend of tradition and technology. The Studebaker XUV (which stands for “Xtreme Utility Vehicle”) has a starting price of $75,000 and includes many luxury features. The XUV is the first vehicle of its kind to offer rear sliding doors, and it comes standard with a retractable rear top that completely opens up the back of the vehicle." 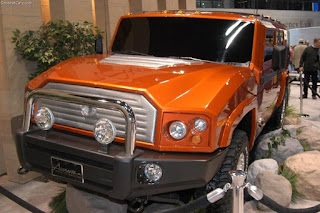 "This is not your ordinary SUV. Our Studebaker XUV is a vehicle for those who want to drive and experience something different," said Vice President of Sales and Marketing for the Avanti Motor Corporation Gwen Beem. "During the first model year we expect to produce approximately 150 of these vehicles. The Studebaker XUV provides a great mix of functionality and unique style."

The company planned to build the Avanti Studebaker XUV on a Ford Super Duty pickup frame. The XUV was supposed to be powered by either a 310hp version of the Ford 6.8L Triton V-10 or a 325hp version of the 6.0L Ford Power Stroke diesel. As far as I could find out, there was never a drivable prototype produced. The Chicago Auto Show vehicle was a non-operational mule with no interior. 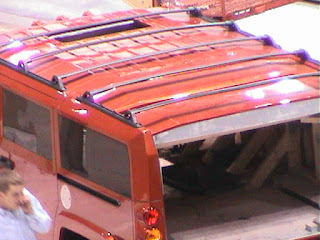 Production of the Studebaker XUV hit a snag almost immediately. When they introduced the vehicle at the Chicago Auto Show, GM noticed it's similarity to the GM owned Hummer H2. They took the Avanti Motor Corporation to court, seeking a permanent injunction barring it from producing a sport-utility similar to GM's highly recognizable Hummer H2. "GM won't allow others to profit from and capitalize upon the enormous popularity and goodwill developed in the Hummer H2 by copying its trade dress," said Chuck Ellerbrock, the GM trademark attorney who managed the litigation. The case was settled out of court with Avanti agreeing to make minor changes to the Studebaker. The lawsuit generated quite a bit of free publicity, but the XUV never got beyond the prototype stage.

On Oct. 27, 2006, Avanti Motors hosted a gala celebration for more than 200 guests to inaugurate the company's all-new manufacturing facilities in Cancun, Mexico. The nearly 100,000 sq ft Avanti industrial complex included a 65,000 sq ft production facility, a new separate building for fiberglass production, a new purpose-built CNC and engineering room with research and development areas, plus a 10,000 sq ft Avanti showroom with an upstairs area housing an Avanti/Studebaker museum and offices.

It looked like Avanti might have a new lease on life, but the owner, Michael Kelly, was arrested in December 2006 by the FBI for operating what the Justice Department alleged was a $400 million real estate Ponzi scheme. Avanti Motors folded in 2007, according to Consumer Guide Automotive. The Chicago Tribune reported that Kelly spent six years in custody before pleading guilty to a single fraud charge in December 2012. 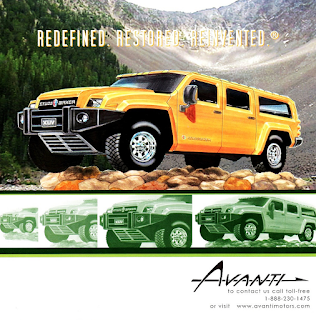 There are rumors that one or more of the three prototypes produced might still be in existence in Cancun, Mexico. That would be an amazing barn find!