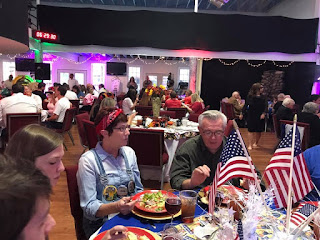 In the past, I have been involved in organizing the event, but this year I agreed to be a “celebrity waiter” and help my wife wait on a table. It was an eye-opening experience. I have always appreciated the waiters and waitresses that serve me when I go out to eat. But after helping with just one table of eight people, I have a new found appreciation for those who wait tables for a living. During the evening my activity tracker logged over five miles. 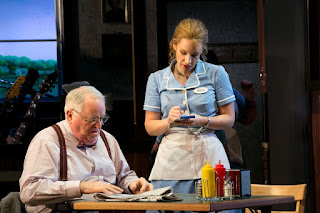 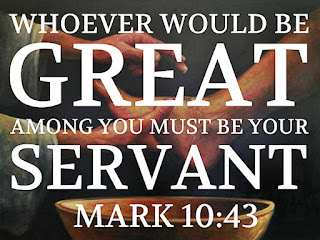 Jesus talked a lot about those who serve. In Mark 10:43-45 (MEV) He said, “Whoever would be great among you must be your servant, and whoever among you would be greatest must be servant of all. For even the Son of Man came not to be served, but to serve, and to give His life as a ransom for many.”

Service to others is not a glamorous concept. Why do people choose to be a waiter or a waitress? It can be a demanding, draining job. I read a blog post by D. Conrad that told the story of life as a waiter. “I waited tables for thirty-nine years. I started out working six days a week for eleven years. Then four days a week for twenty years. The last eight years was three days a week. Each day was a nine-hour day. All days were very busy. One day my hands were hurting so bad my hips hurt my legs hurt. I just could not do it anymore. I had surgery for carpal tunnel, and shots in my spine. This job is very hard on the body. I hate not working, I loved the people and miss them.”

Why would someone want to spend their lives serving people? Is it because the job is easy? No, it’s not an easy job, but those who excel at it do so because they love serving people. I think that is what God has in mind for His children. He knows that service to others will bless us as well as the community around us. In 1 Peter 4:10 (ERV) Peter wrote, “God has shown you his grace in many different ways. So be good servants and use whatever gift he has given you in a way that will best serve each other.”

Service is a great way to put aside our selfish nature and become connected to others. When we start seeing the needs of others, it takes our focus off of ourselves. Serving others not only strengthens the bonds between us; it reflects the love of God.

As Christians, are we looking out for others the way we look out for ourselves? Do we put their needs ahead of our own? When we do serve others, we often try to serve better and harder if we serve in high-profile situations and are our efforts are noticed by others. When our service goes unnoticed, we aren’t motivated to further service. We want recognition for our service.

God made you for service, not for self-centeredness. In Philippians 2:3-7 (ESV), "Do nothing from selfish ambition or conceit, but in humility count others more significant than yourselves. Let each of you look not only to his own interests, but also to the interests of others. Have this mind among yourselves, which is yours in Christ Jesus, who, though he was in the form of God, did not count equality with God a thing to be grasped, but emptied himself, by taking the form of a servant, being born in the likeness of men." 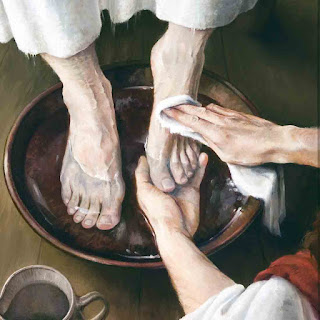 Jesus modeled for us the ultimate example of serving others when He performed a task that was only done by the lowest of household servants in his day. In John 13:4,5 (NET) the Bible says that “He got up from the meal, removed his outer clothes, took a towel and tied it around himself. He poured water into the washbasin and began to wash the disciples’ feet and to dry them with the towel he had wrapped around himself.” Jesus demonstrated his love for his disciples by serving them.

When we serve others, we demonstrate our love for them. To have a servants heart, we must be willing to do whatever needs to be done. God wants us to develop a lifestyle of service to others. Studies have shown that volunteering is so good for the mind and body that it can ease symptoms of stress and depression. Serving others can be a distraction from our own worries.

Gentle Reader, do you want to prosper and get ahead in life? Jesus said, “If anyone desires to be first, he shall be last of all and servant of all.” Mark 9:35 (NKJV) “It is God himself who has made us what we are and given us new lives from Christ Jesus, and long ages ago he planned that we should spend these lives in helping others.” Ephesians 2:10 (TLB) To have a happy, meaningful and rewarding life we need to be of service to others. God planned it that way.

Posted by Richard Lawry at 6:24 AM