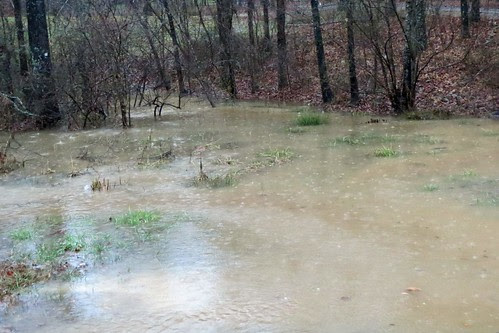 In 1962 Bob Dylan wrote one of his most famous protest songs, A Hard Rain's a-Gonna Fall.  A few lines of the song are;

The song is full of dense imagery that suggests injustice, suffering, pollution and warfare.  Some have suggested that the refrain of the song refers to nuclear fallout, however Dylan said "No, it's not atomic rain, it's just a hard rain. It isn't the fallout rain. I mean some sort of end that's just gotta happen". 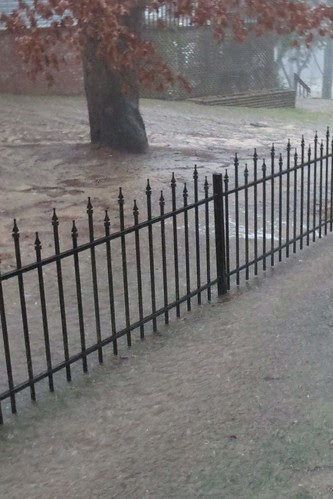 Yesterday this song came to mind as we were experiencing extremely heavy rain here in Mena, Arkansas.  We have lived in this house for almost twenty years now, and in all that time I have never seen as much water as I did yesterday. 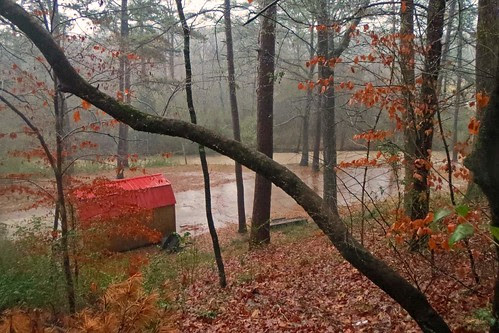 The official rainfall totals were 3.5 inches, but most of it came in a short period of time.  Water was running across the yard in front of the house and along the side of the house.  The neighbors front yard and side yard were under water.  Fortunately our house is built up a couple of feet off of the ground. 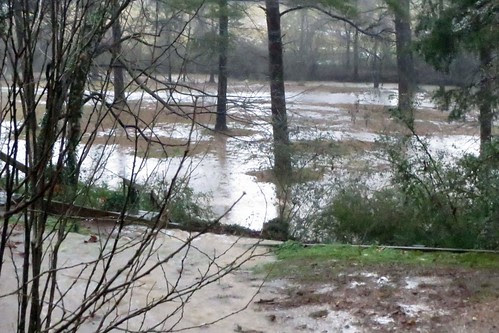 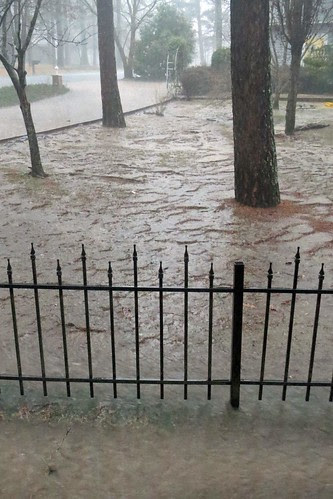 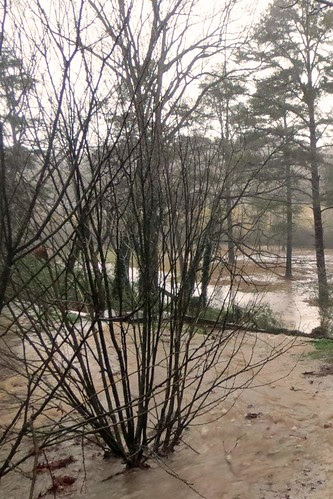 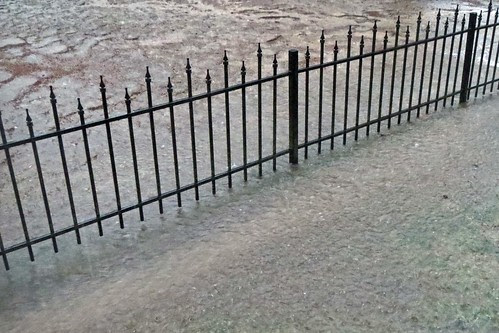 When the heaviest rains had passed I drove around the neighborhood and took a few photos. 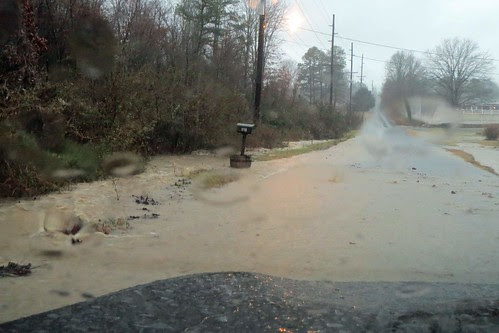 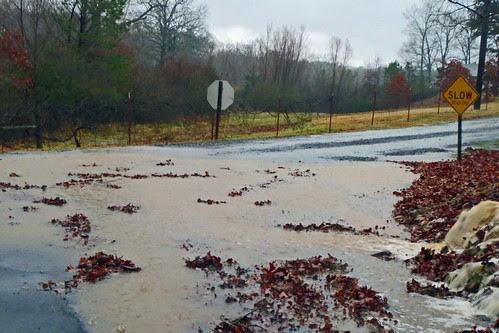 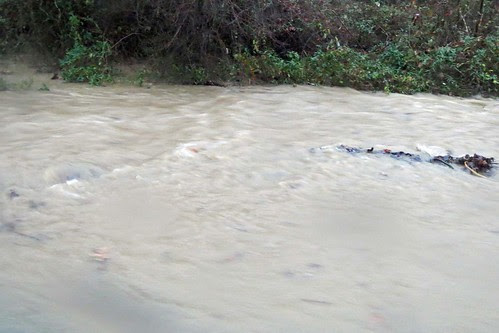 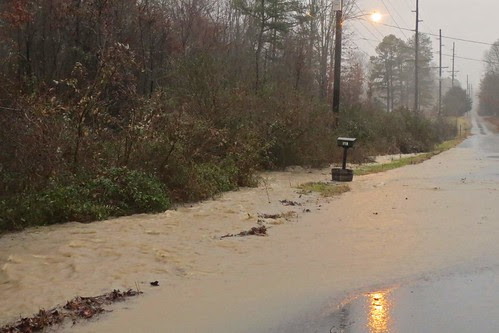 Fortunately the hard rains diminished before there was any lasting damage in our area.


And what'll you do now, my blue-eyed son?
And what'll you do now my darling young one?
I'm a-goin' back out 'fore the rain starts a-fallin'
I'll walk to the depths of the deepest dark forest
Where the people are a many and their hands are all empty
Where the pellets of poison are flooding their waters
Where the home in the valley meets the damp dirty prison
Where the executioner's face is always well hidden
Where hunger is ugly, where souls are forgotten
Where black is the color, where none is the number
And I'll tell it and speak it and think it and breathe it
And reflect it from the mountain so all souls can see it
Then I'll stand on the ocean until I start sinkin'
But I'll know my songs well before I start singin'
And it's a hard, it's a hard, it's a hard, and it's a hard
It's a hard rain's a-gonna fall.