ABC Wednesday - Z is for Zephyr

I am participating in the ABC Wednesday Round 11 meme.


This week the letter is Z. I am curious to see what everyone posts. Z is a hard letter. My post is Zephyr. In 1936 Lincoln introduced the Zephyr, named and styled after the streamlined Burlington Zephyr express train. Several years ago I spent a lot of time manipulating photos to look like paintings. One of the photo/paintings was of a 1939 Lincoln Zephyr 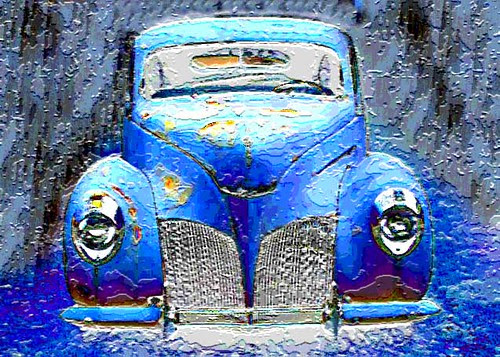 My Daddy has a used car lot, and has always had a number of old cars. That has given me lots of cars to photograph. I have a number of other old car photo/paintings. This one is of a 1942 Desoto. The most distinguishing feature of the 1942 DeSoto was its "Airfoil" headlights. Squarish doors hid the lamps until an underdash lever rotated the covers upward and turned on the lights. Though hidden headlights had been used on 1936-1937 Cords, they were still very much a novel idea in 1942. 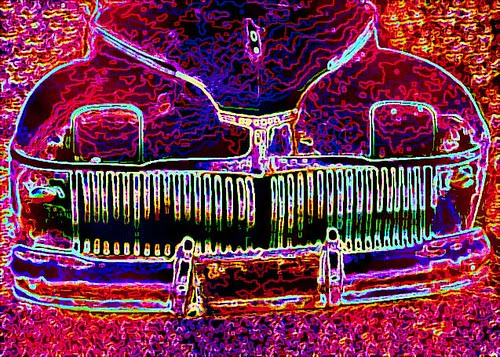 The Coupe deVille was introduced by Cadillac late in the 1949 model year. Part of the Cadillac Series 62 line, it was a closed, two-door coupé, Cadillac's first pillarless hardtop. Intended as a prestige model, at $3,497 it was one of the most expensive models of the Series 62 line. It was luxuriously trimmed, with leather upholstery and chrome 'bows' in the headliner to simulate the ribs of a convertible top. The first-year Coupe deVille sold 2,150 units, but 1950 sales were more than double 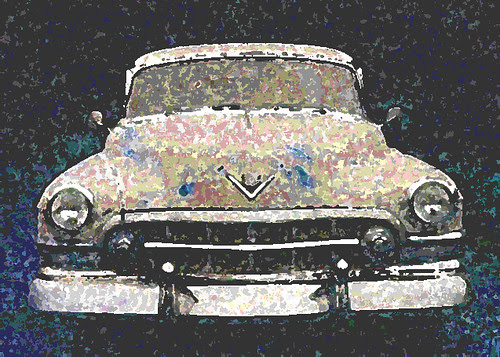 The 1938 Graham was introduced with the slogan "Spirit of Motion". The car looked like it was in motion when standing still. The fenders, wheel openings and grille all appeared to be moving forward. The design was widely praised in the American press and by American designers. It also won the prestigious Concours D'Elegance in Paris, France. Its cut-back grille later gained the car the name "sharknose", 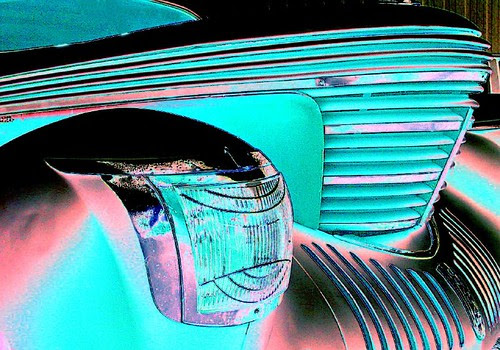 The Edsel is most famous for being a marketing disaster. Indeed, the name Edsel came to be synonymous with commercial failure. The main reason the Edsel's failure is so famous was that it flopped despite Ford’s investment of $400,000,000 in its development. There is no single reason why the Edsel failed, and failed so spectacularly. Popular culture often faults the car’s styling. Marketing experts hold the Edsel up as a supreme example of corporate America’s failure to understand the nature of the American consumer. The Edsel was "the wrong car at the wrong time." 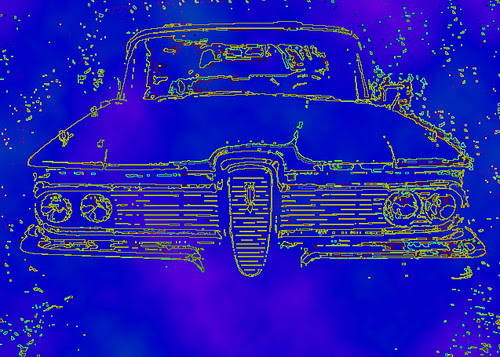 All of these cars belonged to my Daddy and were photographed and digitally manipulated by me.
Posted by Richard Lawry at 8:26 AM