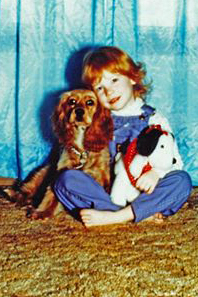 This story was written by my daughter Cynda when she was in high school.  My Uncle Lloyd Lawry saved the story and included it in a collection of family stories and writings of his own.


Strawberries and Rugs
by Cynda Lawry


When I go to the back of my mind I can only remember two things about Great-Grandma Lawry. Her strawberries are my most pleasant memory about her. They were mashed and full of sugar. She had to satisfy the Lawry sweet tooth.

Dad tells a story about Grandma Lawry and one of her sisters. They were bickering over whose strawberries were the best. He would always laugh and say that mixing a pint of each would make the best strawberries ever. 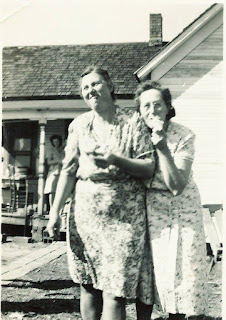 My second memory of Grandma Lawry endears me to her even though I hardly knew her. She was dying. I didn't know that then. She had been admitted into St. Joseph Hospital in Fort Smith. Her condition was absolutely hopeless. The doctor said she was going to die and might as well die at home rather than in a lonely hospital room. My parents, Grandma Pat, and Aunt Opal took me when they went to get her.

When we entered the hospital it was new and intimidating. The hospital seemed humongous and overwhelming. Nothing in the small town I lived in could compare to this. Pale statues glare at me critiquing my every move. I carefully contemplated each step because I didn't want to be convicted of some terrible crime.I gazed curiously at some funny looking ladies in bizarre clothes. They wore plain black dresses that came to about the middle of their calves. Long black fabric was draped over their heads.

Grandma's room was upstairs so we took the elevator. In front of it their was a brass plaque in the shape of a tree. Light reflected off of it scattering the colors of the rainbow everywhere. Each leaf was an individual plaque thanking some hospital supporter.

Riding the elevator was extremely exciting because I hardly ever rode in elevators. The First National Bank was the only building in Mena (the town where I lived) that had an elevator 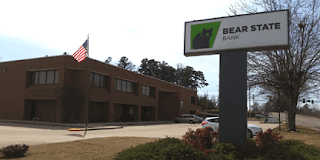 "Ding", the elevator stopped. I exited quickly because I was afraid the doors would close on me. Even today I'm afraid of being squeezed to death by those doors.

To the left of the elevator was a gift shop. Its walls were made of glass. Through them you could see all the neat but useless trinkets that attracted the eye.

Aunt Opal took me inside. She bought me a little Christmas ornament. It was a green stuffed cat. The cat laid with its head up and it tail hanging slightly curved. I still have that ornament, Every Christmas when I see it on the tree I think about Aunt Opal and Grandma Lawry. 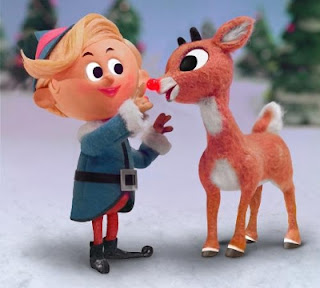 When we went into Grandma Lawry's room I didn't care about my dying grandmother. I was captivated by the Rudolph special that was playing on the small television in the corner of the room. The only good spot to see television was from Grandma's bed. So I immediately began to crawl into it. Daddy jumped to stop me, but Grandma objected. She wanted me up there with her.

That is all I remember about my Grandma.  My parents thought I was too young to go to her funeral.  Even though I only have a few tidbits of information about her, I love her.  I know she loved me too.