My An Arkie's Faith column from the November 9, 2016, issue of The Mena Star

On Hacksaw Ridge, soldiers lay dead or dying. Over the noise of gunfire and artillery voices could be heard yelling, "Medic!" The enemy had caught them by surprise. Mortar rounds were exploding, and bullets were flying. The order came, “retreat!” While soldiers scrambled away from danger, one soldier ran toward the enemy, looking for wounded soldiers left on the battlefield.

Many hours later, after rescuing countless injured soldiers, he refused to stop even though he was at the point of exhaustion. His motto was, “as long as there is life there is hope.” He was determined to find every fallen soldier who was still breathing. 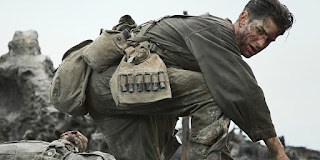 For hours, without any help, he had been carrying injured soldiers through enemy fire, lowering each man on a rope-supported litter he had devised. He used double bowline knots he had learned as a young boy, tying the makeshift litter to a tree stump serving as an anchor. Lowering each wounded man to a safe spot 40 feet below the ridge, he saved the lives of at least 75 soldiers.

At the beginning of the day, his company had launched the assault of Hacksaw Ridge with 155 men. After the vicious enemy attack, less than one-third were able to retreat down the escarpment to relative safety. The rest lay wounded across enemy controlled ground. One lone soldier charged back into the firefight to rescue as many men as he could, knowing that he would probably die that day. The soldier had a strong faith in God and his prayer after each rescue was, “please Lord, help me get one more.” 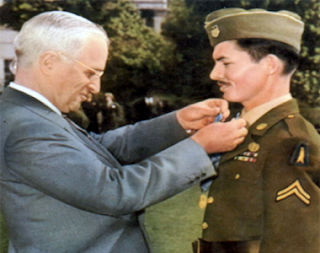 The soldier in this story was Desmond Doss. Because of his bravery during the American assault on Okinawa in May 1945, Desmond was awarded the Congressional Medal of Honor by President Truman on October 12, 1945. As he shook the hand of Corporal Desmond Doss, President Truman said, “I’m proud of you. You really deserve this. I consider this a greater honor than being President.”

“Greater love has no one than this, than to lay down one’s life for his friends.” John 15:13 (NKJV) Desmond Doss is a great example of this biblical principal. The feature film, Hacksaw Ridge, based on his life was released on November 4, 2016. Mel Gibson directs it with Andrew Garfield playing the role of Desmond Doss. 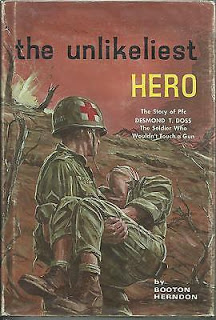 I have known the story of Desmond Doss for many years. When I was a young boy, I read the book The Unlikeliest Hero by Booton Herndon. The book is an in-depth look at the life of Desmond Doss. The story depicted in the film Hacksaw Ridge is an incredible story, but there is so much more to Desmond’s war experience and the rest of his life.

One story that I recall happened three weeks after Hacksaw Ridge. In a night attack, he remained in exposed territory while the rest of his company took cover. A grenade blast seriously wounded his legs. Rather than call another aid man from cover, he cared for his injuries and waited five hours before litter bearers reached him and started carrying him to safety. When Desmond saw a more critically wounded man nearby, he crawled off the litter and directed the litter bearers to take care of the other man.

While he was waiting for the litter bearers to return, he was again struck, this time suffering a compound fracture of one arm. In extreme pain, he bound a rifle stock to his shattered arm as a splint and then crawled 300 yards over rough terrain to the aid station. 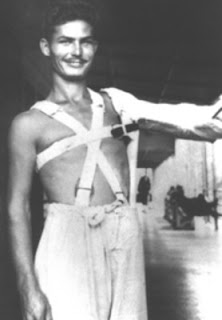 In 1999 I had the honor of meeting Desmond Doss. I had taken a group of young boys, ages 10 to 14, to hear him speak. After his talk, my boys wanted to meet him. We waited for a chance to talk to him. Desmond stayed until everyone who wanted to meet him had a chance. He took the time to visit with each one of the boys personally after he talked. The boys loved him and were very impressed. They said to me, "we got to meet a real American hero."

Gentle Reader, I'm proud to have been able to meet this humble man. His story made an impression on me when I was a boy. When I met him, I was impressed by his humility. Even though everyone in the audience wanted to hear about his Medal of Honor, he was uncomfortable talking about his actions. He focused more on being prepared and being willing to help others. He stressed the importance of standing up for your convictions. The world needs more people like Desmond Doss.