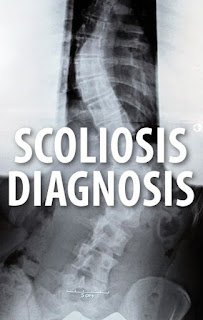 A year ago my oldest granddaughter was diagnosed with scoliosis. My son-in-law did extensive research on scoliosis treatments and braces. He was impressed with the success of Dr. Marc Moramarco in Boston. He made the decision for the family to travel to Boston last summer so that my granddaughter could see Dr. Moramarco, and be fitted with a Gensingen Brace®

In his research, my son-in-law found that the Gensingen Brace® is unique in that, for adolescents it offers potential improvement of the Cobb angle, a measure of the curvature of the spine, rather than just halting the progression. According to Dr. Moramarco, the brace’s asymmetric design focuses on overcorrection. It is the highest standard in scoliosis bracing and successfully addresses most curve magnitudes. 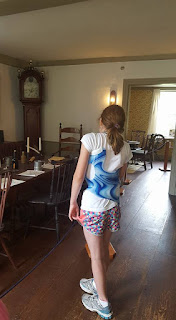 After she returned home from Boston and began wearing the new brace, my granddaughter showed improvement in the curvature of her spine. This winter she has been growing rapidly. She is three inches taller than when she was fitted for the brace last summer. Curves progress rapidly during growth spurts, so she needed to return to Boston to be fitted with a new brace.

Her paternal grandparents took her to Boston to see Dr. Moramarco. After she had been measured, photographed and x-rayed, the technicians built her custom brace. The night before she was to fly home from Boston, winter storm Stella moved into the northeast. The storm grounded over 6,000 flights including the one that was to fly my granddaughter home. 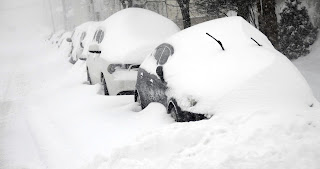 According to the Weather Channel, winter storm Stella dumped from three to four feet of snow in some areas, paralyzed several major cities including Boston, and knocked out power out to over half a million people. Several places in Massachusetts reported winds of 70 to 80 miles per hour. The Bolton Valley Ski Area in the Green Mountains of northern Vermont reported a storm total of 58 inches of snow.

Because of the storm, it was several days before my granddaughter was able to fly home. She was snowbound in Boston. I don’t know what her grandparents thought about being stranded, but my granddaughter was ecstatic. Being from Louisiana, she has only seen small amounts of snow. When I talked to her, she excitedly told me, “Papa, the snow was up to my knees!” As I talked with her, I was thankful that it wasn’t me stranded in a snowstorm in Boston. 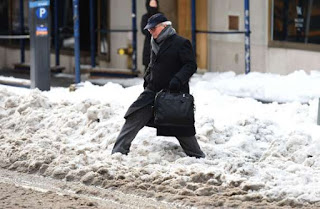 I have never liked the cold. The last few days have been unseasonably cold for March, and I have been miserable and just a bit whiney. But as I talked with a bubbly, vivacious, excited girl who was experiencing a real winter snowstorm for the first time in her life, something else crossed my mind. There isn't anything quite like a big snowfall that leaves the ground a fluffy pure white, without any dirt or debris.

A fresh snowfall makes any landscape beautiful. What lies underneath the snow might be ugly, but the snow hides any blemishes and makes everything pure and white. God does the same thing with each of us. We may have a sordid past. We may not be currently living as we should. But God longs for us to ask for forgiveness so that he can cover our sins. “Come now, and let us reason together, saith the Lord: though your sins be as scarlet, they shall be as white as snow; though they be red like crimson, they shall be as wool.” Isaiah 1:18 (KJV) 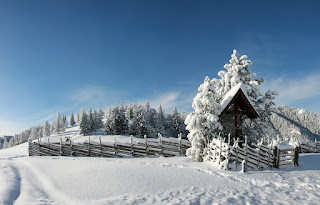 Have you ever been pleasantly surprised when you woke up and looked out your window to see snow covering the landscape? A dull and dreary day unexpectedly transformed into a beautiful day blanketed with snow. Bare and seemingly lifeless trees turned into marvelous works of art. In the same way, God is pleased when we allow him to cover our sins.

Because of His great love for us, God doesn’t abandon us in our sins. Instead, by His grace, He wants to change and transform us. “He has rescued us from the power of darkness and transferred us into the kingdom of his beloved Son, in whom we have redemption, the forgiveness of sins.” Col. 1:13,14 (NRSV) 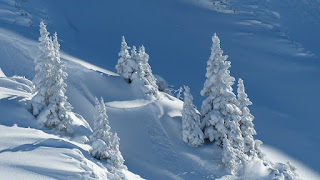 Have you ever noticed how quiet it seems after a heavy snowfall? As snowflakes pile up, there is space left between them. With all that space, sound is unable to bounce off snow as easily as it would off water, dirt, or grass. As a result, the sound gets absorbed.

When God takes our sins and makes them white as snow, it cuts down on the noise of the world around us. The world becomes just a bit quieter and more peaceful. We can more easily hear God as he communicates with us.

Gentle Reader, we all have sin in our life that makes us dirty and separates us from God. But God has provided a way for us to be clean again. Through Jesus, we can all be as white as snow. “If we confess our sins, He is faithful and just to forgive us our sins, and to cleanse us from all unrighteousness.” 1 John 1:9 (KJV)