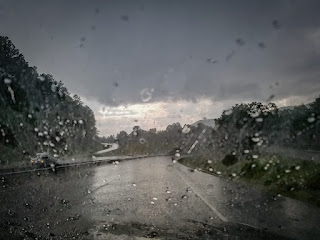 The two cars drove through the driving rain on narrow winding county roads. The rain had been falling for some time, pounding hard on the windshield as the wipers worked hard to keep up. The tidy, well-groomed farms with fields of corn, soybeans, and cotton flashed by. The drivers of the cars were too focused on the narrow black velvet ribbon that wound before them, dark with rain, to be able to appreciate the rural scenery. They had been driving for two days and were nearing their destination. After spending most of their time in heavy interstate traffic and the occasional traffic jam, it was good to be just a few miles away.

A few minutes later they turned onto Fork Road, following the directions on the GPS. The innkeeper had told them that the GPS would tell them that they had arrived at their destination well before they reached it. Sure enough, the GPS said “you have arrived at your destination,” with their lodgings nowhere in sight. They continued down Fork Road to the end of the road and continued through a gate to the Fork Farm and Stables. 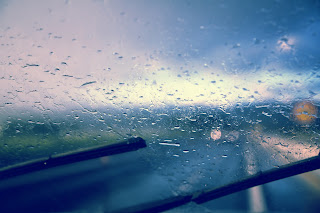 They tried to follow the innkeeper’s directions, looking for the big barn. Their lodgings, the carriage house, was supposed to be just past the barn. Through sheets of rain, they saw an imposing building in the distance. It looked like a lodge, and they knew that there was a lodge on the property. As they drove past the “lodge,” they saw that it was a world class equestrian facility. It was far too fancy to call a barn. Sure enough, just past the barn, they saw the carriage house. Thankful to finally be able to relax, they ran through the rain into the house. After drying off, they looked around. The massive wood beams were beautifully cozy. The spiral staircase led upstairs two the attic bedrooms. The warm wood walls angled upward highlighting the charming rooms. 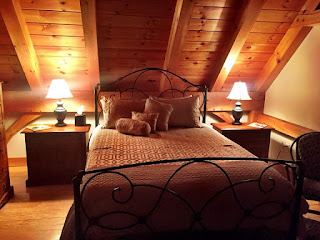 When my wife and I decided to take a trip to rural North Carolina with my sister and her husband to visit friends, I made reservations to stay in the Carriage House at the Fork Farm and Stables. The Fork’s title originated from its location at the confluence of the Pee Dee and Rocky Rivers. It has a long and interesting history. Records from 1748 show that the Colson’s were the first family to settle in the area. In 1771, Mr. Colson was issued a permit for an “Ordinary” or inn where food, drink, and lodging were available to travelers. It was the first licensed tavern in North Carolina.

Colson’s Ordinary was on The King’s Highway, the main road from Charleston to Salisbury. A Revolutionary War battle was fought in the area, and George Washington was a guest of the Colson’s. In 1999 the property was purchased by Jim Cogdell, who turned it into a working farm with world class equestrian facilities with arenas for showcasing dressage and jumping. Three sporting clay shooting courses bring people from a large area to The Fork. There is also duck, quail, dove and deer hunting on the property. 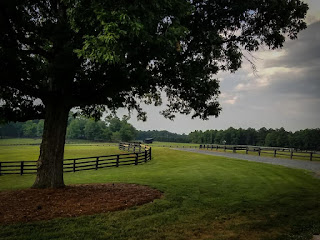 The morning after we arrived at the Carriage House, I woke up refreshed after a great night’s sleep. As I walked outside, I took in the beauty of my surroundings. There were lush green pastures separated into several different areas by gracefully curved board fencing. Beyond the pastures were large wooded areas. The impressive stables with their impeccably manicured landscaping were close by. Two horses came to the fence and whinnied to get my attention. As I was stroking one of the horse's neck, two young fawns appeared from behind the stables. They leisurely made their way to the wooded area behind the pasture. 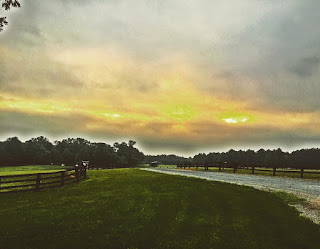 As I was watching the sunrise and drinking in my beautiful surroundings, I thought about how this place had surpassed my expectations in every way. I had reserved the house for us because in this rural area there are no motels close by. The place looked nice enough in the internet photos, but many places look nicer on the website than they do in real life. Every part of our experience had exceeded our expectations. When it was time for us to leave, we wished that we could stay longer. 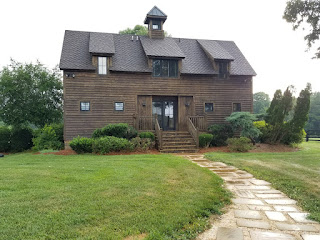 It was nice to stay at a place that exceeded our expectations. The last time that we took a trip, the place that we stayed in didn’t meet our expectations. That is always disappointing. But I know that there is a destination that will more than exceed my expectations. In 1 Corinthians 2:9 (NKJV) the Bible tells us that, “Eye has not seen, nor ear heard, nor have entered into the heart of man the things which God has prepared for those who love Him.” I am “looking forward to the new heavens and new earth he has promised, a world filled with God’s righteousness.” 2 Peter 3:13 (NLT)

Gentle Reader, my expectation of heaven comes from John’s description found in Revelation 21:1-4 (NCV) “Then I saw a new heaven and a new earth. The first heaven and the first earth had disappeared, and there was no sea anymore. And I saw the holy city, the new Jerusalem, coming down out of heaven from God. It was prepared like a bride dressed for her husband. And I heard a loud voice from the throne, saying, ‘Now God’s presence is with people, and he will live with them, and they will be his people. God himself will be with them and will be their God. He will wipe away every tear from their eyes, and there will be no more death, sadness, crying, or pain, because all the old ways are gone.’” Whatever our expectation of heaven is, God has promised that it will exceed our expectations. I’m longing for heaven; are you?