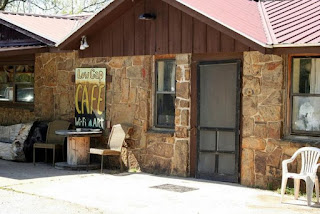 As we drove through a remote section of the Boston Mountains, we came around a bend in the road and saw the sign that said Low Gap. The town consisted of a church and a cafe. We were hungry, so we stopped at the cafe for supper. Its old country exterior and remote location made us think that the food would be simple. The number of cars parked out front made us think that the food was probably good.

My wife and I were spending the weekend in the Buffalo River area to celebrate our forty-third anniversary. Along for the trip was our seven-year-old granddaughter. We had a very enjoyable time attending the Buffalo River Elk Fest and visiting Jasper, Ponca and Boxley Valley. We love to explore backwoods dirt roads and ended up in out of the way places like Erbie and Murray. Our granddaughter loved swimming in the Buffalo River. She went swimming at the Ponca low water bridge and the Steel Creek Campground. It was after an afternoon of swimming that we ended up at the Low Gap Cafe. 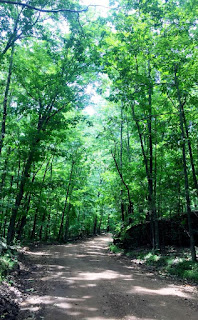 People were waiting to be seated when I walked up to the door of the cafe. Because there were only three of us, we were soon seated in the outdoor gazebo section of the small restaurant. We ordered Fettuccini Alfredo, Eggplant Parmesan, and a Portobello Mushroom that was steamed and stuffed with tomato, spinach, and mozzarella cheese; served over saffron rice and sauteed zucchini. The gourmet food freshly prepared by a chef trained in New York City was a surprise.

As we were enjoying our meal, Joey de Lago and Stefanie Behe performed live, playing an eclectic mix of music. Their repertoire was wide-ranging, from old standards to Latin music to music from the roaring twenties. Whatever song they were playing, Joey ’s acoustic guitar had a Latin flavor. His parents fled to the U.S. from Cuba in 1959 during the Cuban Revolution. His eyes still sparkle when he plays Cuban music, and he makes sure you know how much he disliked Fidel Castro. 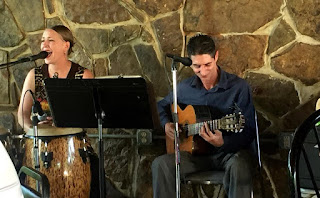 As we ate our meal and listened to the music, I heard something familiar. It was music from the movie, Jungle Book. They were playing “I Wanna Be Like You.” “I wanna be like you. I wanna walk like you. Talk like you, too.” Those lyrics reminded me of my two an a half-year-old great-nephew. On his last visit, his Mom and Grandma brought him by my shop to say goodbye before they traveled home to Missouri. He loved being at my shop. I was busy with customers while he was here, but my Daddy showed him how to pump up the floor jack. He loved pumping up the jack and letting it down. Daddy was changing tires on his trailer. Whatever Daddy was doing, my great-nephew was right beside him copying his every action. Daddy let him help tighten the lug nuts on the trailer wheels. He turned the four-way lug wrench until every lug nut was tight. 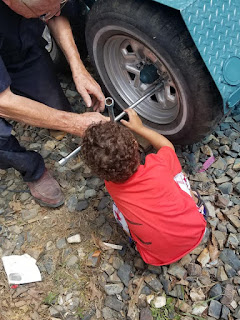 As I watched my great-nephew wanting to do everything my Daddy was doing, I thought about how Christians should relate to Jesus. We should want to be like Jesus. We should want to do the things that Jesus did. The Apostle John wrote, “those who claim to belong to him must live just as Jesus did.” 1 John 2:6 (NIRV) And Peter declared, “Christ also suffered for you, leaving you an example, so that you should follow in his steps.” 1 Peter 2:21 (NRSV)

A popular catchphrase in Christianity is, "What Would Jesus Do?" WWJD is found on jewelry, emblazoned on bumper stickers and has made its way into popular culture. The only way to determine what Jesus would do is by learning what Jesus did. 2 Peter 3:18 (KJV) says, “grow in grace, and in the knowledge of our Lord and Saviour Jesus Christ.” Whatever decisions we make in life, whether large or small, can best be made by asking ourselves what Jesus would do. 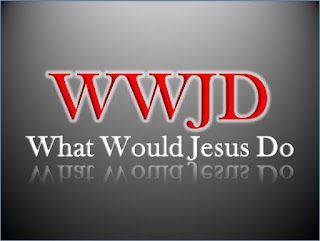 Christian author Stephen Mattson writes, “Followers of Jesus must ask themselves an important question: What’s the point of Christianity? Because in the big scheme of things, is the purpose of having a Christian faith primarily for gaining political power, or creating and enforcing laws, or hoarding wealth, or living as comfortable a life as possible? Or is it ultimately about bettering and saving humanity?” He goes on, “the reality is that the good news of the gospel cannot be heard and accepted unless we emulate Jesus. The Bible shows us that Jesus is the best example of who to follow, so why aren’t Christians doing so?”

If we are to follow the example of Jesus, how should we relate to others? We should have compassion. It seems to me that many Christians have lost their compassion. As I look around, I don’t always see Christians dealing with others with compassion. I am more apt to see hate than compassion. Following the example of Jesus and having compassion on sinners is very liberating. It allows us to leave the judging up to God while we practice the self-sacrificing love He demonstrated on the cross. It allows us to hold ourselves to a high moral standard without feeling that we must hate those who do not see things the way we do.

Gentle Reader, God calls us to live like Jesus did, no matter what anyone else says. Every decision we make is an opportunity to walk closer with God or a step farther away from Him. God wants us to want to be like Him. Don’t be one of the many Christians who choose to trust, and follow, and put their hope in so many other things besides Jesus. In the end, are we as followers of Jesus following his example: Loving our neighbors, and even our enemies, to the very best of our ability? God wants to change us; but before he can, we have to want to be like him. “The Lord—who is the Spirit—makes us more and more like him as we are changed into his glorious image.” 2 Corinthians 3:18 (NLT)

Posted by Richard Lawry at 7:39 AM