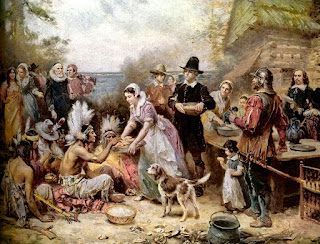 Celebrating Thanksgiving in the United States has its roots in British Harvest Festivals and American history. In 1620, a group of more than 100 Puritans fleeing religious persecution, settled in what is now Massachusetts. The Pilgrims' first winter was so harsh that fewer than 50 of the group survived. The next spring, Native Americans taught them how to get sap out of the maple trees and how to plant corn and other crops. The harvest was successful, and the Pilgrims had enough food for the winter. Plymouth Colony's Governor, William Bradford, decided to throw a Harvest Festival and invited the colony's Native neighbors to take part.

Historians believe that this celebration took place sometime in the fall, though there are very few clues to reconstruct the feast.  All we know about it comes from a letter Edward Winslow wrote to a friend in England: “Our harvest being gotten in, our governor sent four men fowling, that we might rejoice together after we had gathered the fruit of our labors. They in one day killed as much fowl as served the company almost a week. At which time with many of the Indians coming among us, for three days we entertained and feasted; and they went out and killed five deer, which they brought to the plantation, and bestowed on our governor.” 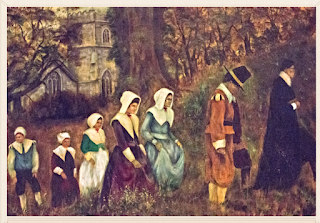 It wasn't until two years later, after enduring a long drought, that the Pilgrims celebrated an actual Thanksgiving. The harvest of 1623 was almost wiped out by a drought that began in June. The crops turned brown and were slowly withering away. Without a crop, they would die. The Pilgrims turned to the only hope they had, intervention by God. They appointed a solemn day of humiliation and prayer. The Pilgrims assembled one July morning under a hot, clear sky and for nine hours prayed. Their prayers were answered the next morning. Edward Winslow wrote, “for the next two weeks distilled such soft, sweet and moderate showers that it was hard to say whether our withered corn or drooping affections were most quickened and revived.” Governor Bradford ordered that July 30, 1623, be set aside as a day of public thanksgiving.

Governor William Bradford’s proclamation is considered the first Thanksgiving Proclamation. “Inasmuch as the great Father has given us this year an abundant harvest, has spared us from pestilence and disease, and has granted us freedom to worship God according to the dictates of our own conscience. Now I, your magistrate, do proclaim that all ye Pilgrims, do gather at ye meeting house, on Thursday, November 29th, there to listen to ye pastor and render thanksgiving to ye Almighty God for all His blessings”. The first Thanksgiving wasn't a feast like the Harvest Festival of two years before; it was a solemn church service. 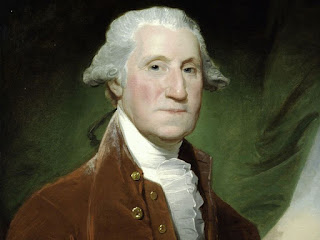 During his first year in office, President George Washington issued a proclamation that called for a day of thanksgiving. “Now, therefore, I do recommend and assign Thursday, the 26th day of November next, to be devoted by the people of these States to the service of that great and glorious Being who is the beneficent Author of all the good that was, that is, or that will be; that we may then all unite in rendering unto Him our sincere and humble thanks for His kind care and protection of the people of this country previous to their becoming a nation; for the signal and manifold mercies and the favorable interpositions of His providence in the course and conclusion of the late war; for the great degree of tranquility, union, and plenty which we have since enjoyed.”

The idea of a national Thanksgiving Day didn’t catch on, but in the mid-1800s, magazine editor Sarah Josepha Hale mounted a campaign to make Thanksgiving a national holiday. She wrote letters to five Presidents supporting a national Thanksgiving holiday. Her initial letters failed, but the letter she wrote to President Lincoln convinced him to issue a Thanksgiving Proclamation in 1863. In that year, with the county involved in a horrific Civil War, President Lincoln issued the following proclamation declaring a day of Thanksgiving. “It has seemed to me fit and proper that the gracious gifts of the Most High God should be solemnly, reverently and gratefully acknowledged as with one heart and one voice by the whole American People. To set apart and observe the last Thursday of November next, as a day of Thanksgiving and Praise to our beneficent Father who dwelleth in the Heavens. And I recommend to them that while offering up the ascriptions justly due to Him for such singular deliverances and blessings, they do also fervently implore the interposition of the Almighty Hand to heal the wounds of the nation and to restore it as soon as may be consistent with the Divine purposes to the full enjoyment of peace, harmony, tranquility and Union.” Each year since 1863 the president of the United States has issued a Thanksgiving Proclamation.

Thanksgiving shouldn't be just a day; it should be a lifestyle. Philippians 4:5-7 (NKJV) tells us, “Let your gentleness be known to all men. The Lord is at hand. Be anxious for nothing, but in everything by prayer and supplication, with thanksgiving, let your requests be made known to God; and the peace of God, which surpasses all understanding, will guard your hearts and minds through Christ Jesus.” As Christians, we should treat every day as a thanksgiving day.

Posted by Richard Lawry at 1:30 AM