An Arkie's Faith column from the December 5, 2019, issue of The Mena Star. 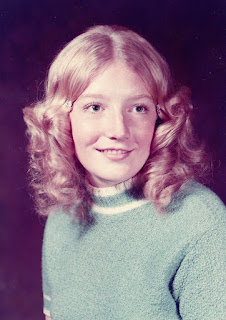 Mrs. Langford stood in front of the class lecturing on whatever poem we were studying that day. But my mind was miles away. I was interested in space, science, sports, and that one particular beautiful blonde girl. “Old poetry was boring,” I thought. My grade in the class reflected my interest level.

Even though I didn’t enjoy the class, I still remember a few of the poems we studied. “The fair breeze blew, the white foam flew, The furrow followed free; We were the first that ever burst into that silent sea.” For some reason, those lines from The Rime of the Ancient Mariner have always stuck with me. I was recently reading an article that brought another poem from that class back to my mind. The most romantic poem, according to a survey of the magazine’s readers, was a poem from 1850. I remembered the poem from Mrs. Langford’s English class. 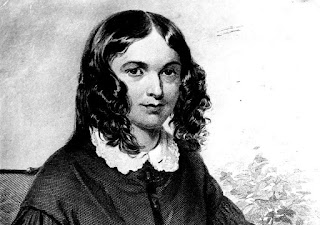 "How do I love thee? Let me count the ways. I love thee to the depth and breadth and height my soul can reach." Elizabeth Barrett Browning wrote these famous words. She began writing poetry when she was eight years old. When she was 15, Elizabeth injured her spine as a result of a fall. Because of the accident, she became a shut-in. She passed the time writing poetry. In 1844, Robert Browning wrote to Elizabeth, admiring her poems. He continued to write to her, and they were engaged in 1845.

Elizabeth's father disapproved of Robert. In 1846, Elizabeth and Robert were secretly wed and moved to Italy. In 1850, Elizabeth's published her best-known book of poems, titled “Sonnets from the Portuguese.” The book contains 44 sonnets of love for Robert. He often called her "my little Portuguese" because of her dark complexion. The most famous sonnet is number 43, which begins, "How do I love thee? Let me count the ways." Even if you do not appreciate 19th-century poetry, you can tell that these are poems from the heart.

Even though it topped a magazine survey, I don’t think it is the greatest love poem of all time. The greatest love poem is found in the Bible in John 3:16,17 (NKJV) “For God so loved the world that He gave His only begotten Son, that whoever believes in Him should not perish but have everlasting life. For God did not send His Son into the world to condemn the world, but that the world through Him might be saved.” 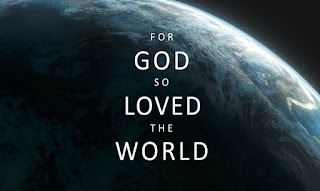 What beautiful words. Notice that it is the whole world that God loves, not a single nation, not a single race. Not just the “good” people, not just the people who love God back. “God so loved the world.” He loves the lovable and the unlovable; The popular, and the unpopular; Those who love Him, and those who never think of Him.

I recently had an internet “discussion” with someone who doesn’t believe that God loves everyone. I wondered why he felt so strongly that God’s love is conditional? Some Christians find it hard to accept the fact that God freely gives His love and grace. They want to place limits on God’s love. They prefer to think that God only loves the same people they love and that God despises the same people they despise. To condone the fact that there are groups of people that they hate, they need to feel that God also hates those people. 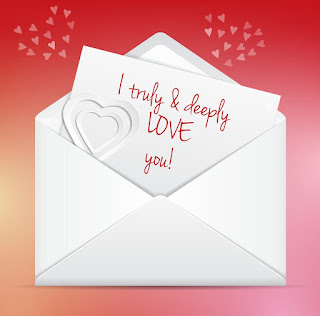 In that love letter, we find these beautiful words, “But in all these things we are completely victorious through God who showed his love for us. Yes, I am sure that neither death, nor life, nor angels, nor ruling spirits, nothing now, nothing in the future, no powers, nothing above us, nothing below us, nor anything else in the whole world will ever be able to separate us from the love of God that is in Christ Jesus our Lord.” Romans 8:37-39 (NCV) 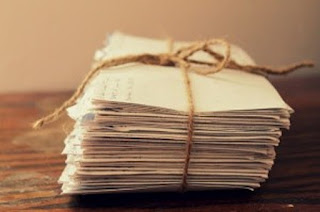 There is a sad but poignant story from the life of Elizabeth Barrett Browning. Her father disapproved of her courtship with Robert Browning. When they became engaged, her father refused to allow Elizabeth to marry. When she secretly married Robert, her father disowned her, but that didn’t stop her from keeping in touch. Almost weekly she wrote him a letter. Not once did he reply. After ten years she received a large box in the mail. Inside she found all of her letters. Every one of them was unopened! Today those letters are among the most beautiful in classical English literature, yet her father never read a single one of them.

Gentle Reader, the Bible, is God’s love letter to us. The love of Jesus waits on each page! Don’t leave your love letters unopened and unread. God loves you, and he wants to tell you just how much. Open the Bible, His love letter to you, and listen to what He has to say to you. “I have loved you with an everlasting love; I have drawn you with unfailing kindness.” Jeremiah 31:3 (NIV)