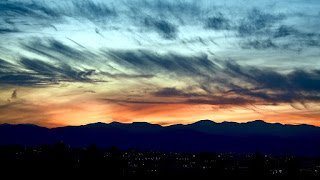 Bob and Leo stood in front of their shop, watching the sunset, as it spread across the western sky. The yellow ball of fire changed to hues of red blended with oranges, purples, and crimsons. The workday was over and the business they owned, Tri-Town-Service, was closed for the day. But the workday seemed never to be over. They were getting into their 1953 Studebaker pickup and heading from Frederick to Denver. They had vehicles that they needed to bring home.

Each month Bob and Leo attended the Denver Police impound auction. The City of Denver would auction off impounded vehicles. They sold the vehicles in lots of twenty, with the high bidder buying all twenty vehicles. All the vehicles purchased had to be removed from the impound lot before the next sale. Bob and Leo had quite a few cars that they needed to get back to the shop, but the only time they could do it was after they had closed for the day. They planned to put one car on a tow bar behind the six-cylinder Studebaker pickup and see if they could get one of the cars to run so they could drive it home. On this trip, Bob’s Daddy, Ben, was going along. They were going to have Ben steer a car on a chain behind the Studebaker and the car it was towing. 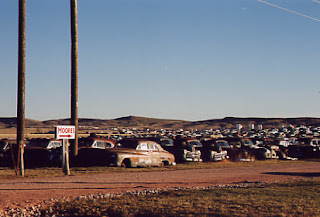 When they arrived at the impound lot, they were able to get an old Mercury started. Bob attached a tow bar between the Mercury and a big Buick while Leo hooked his tow bar up to another Buick. By the time they had everything hooked up and ready to leave, it was late in the night. The Mercury wasn’t running very well, so Bob said to Leo, “I will go first in the Mercury so if I have any trouble you will be behind me and able to help.” They were quite a sight as they left the impound lot around one o’clock in the morning. The Mercury was sputtering away in the lead with a Buick behind on a tow bar. Next came Leo in the six-cylinder pickup with another Buick in tow, followed by Ben, in an old Chevrolet, pulled on a chain.

The headed home under the summer night sky luminous with starlight and a full moon. Traffic was light on the Valley Highway, and the little group made their way easily down the road. Bob had hoped that the Mercury would smooth out and run better while driving, but that didn’t happen. It began to run worse instead of better. When they were still over ten miles away from their shop, the Mercury’s engine sputtered, then stopped. Bob tried to start it again, but the Mercury was done for the night. Bob was still on the highway, moving slowly. He put his arm out the window and motioned for Leo to pull up. Leo downshifted to first gear and pulled forward until the bumper of his Studebaker pickup tapped the Buick that was being towed by the Mercury. He then slowly started to accelerate and the whole group picked up speed. Pushing the Mercury and the Buick, and pulling another Buick and the Chevrolet, the little six-cylinder Studebaker made it the rest of the way home. Leo claimed that he drove in high gear and even shifted the Studebaker into overdrive. 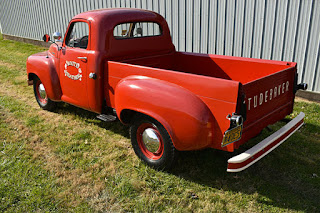 Do you ever feel that, like the little Studebaker, you are pulling more than your weight? I know that many of us feel that way. When we are pulling more than our weight, it can drag us down. The little Studebaker made it home, even with four other vehicles depending on it. But the Studebaker wouldn’t hold up under long term use like that. The website How Stuff Works says, “although you may not see the effects of exceeding towing capacity at first, the gradual wear and tear will lead to eventual failure. The best-case scenario is repeated trips to the repair shop; the worst is a major wreck.” I think that it can be the same way with us. The gradual wear and tear can be detrimental.

I have a customer that always seems to be taking care of her family. When she came by to pay for another family member’s windshield, I told her that I noticed she was always taking care of someone. She appreciated that I noticed she was pulling more than her weight. When we carry someone else’s heavy loads, we are doing what God has asked us to do. “Carry one another’s heavy loads. If you do, you will fulfill the law of Christ.” Galatians 6:2 (NIRV) 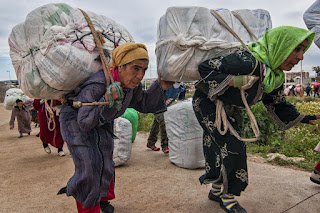 Often, others have heavy loads that are too big for them to bear alone. They don’t have enough strength, resources, or knowledge to carry the load, and they need our help. Doing for others what they can’t do for themselves is showing them the love of Jesus. On the other hand, Galatians 6:5 (NIV) says that “each one should carry their own load.” God wants us to carry one another’s heavy loads, but that doesn’t mean that we should be a burden to others by not being responsible. The Bible ideal is that you help me with my heavy loads, and I help you with yours.

Gentle Reader, the story of the little Studebaker is true, and the names have not been changed. Bob is my Daddy; Leo is my cousin, and Ben is my Grandpa. On that night in Colorado, the little Studebaker did push and pull four cars for over ten miles. When situations come up, and people need your help, be like the little Studebaker. But you don’t have to do it alone. Psalm 55:22 (MSG) says, “Pile your troubles on GOD’s shoulders— he’ll carry your load, he’ll help you out.” “Cast all your care upon Him, because He cares for you.” 1 Peter 5:7 (MEV)