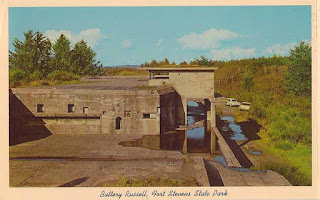 My wife and I enjoy visiting the Oregon coast. We have family that lives in the Pacific Northwest and we have spent a lot of time in the area. There is so much natural beauty and history that we always find something new and interesting to do in the area.

On one trip a few years ago, my wife and I visited Fort Stevens State Park. The original fort was completed in 1865. Its purpose was to protect the mouth of the Columbia River from Confederate gunboats and the British Navy during the Civil War. The fort was named after Civil War general and former Washington Territory governor, Isaac Stevens, who died in 1862 at the Battle of Chantilly.

Fort Stevens was used for 84 years, closing at the end of World War II. Today, it is a 3,700-acre state park. There is a visitor’s center that tells the history of the fort. We enjoyed the visitor's center and the informative film that we saw there. 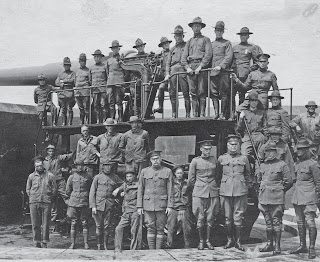 The fort was Oregon's only coastal defense fort during the Spanish-American War, World War I, and World War II. Fort Stevens is the only military fort in the United States to be fired upon by an enemy during a time of war since the War of 1812.

On June 21, 1942, a Japanese submarine used a screen of fishing boats to avoid minefields and slip into position eight miles west of Fort Stevens. The immediate objective of the submarines was to attack a U.S. Navy submarine and destroyer base, which the Japanese believed to be near the mouth of the Columbia River. The Japanese intelligence was wrong; there was no such base.

The men of Fort Stevens responded quickly after the first shell hit, with soldiers scrambling to get dressed and to their posts. Within a few minutes, the men had the guns at Battery Russell loaded and ready to fire. While waiting for the order to return fire, Captain Wood and his men considered their options. Eventually, a response was received:  “Do not fire – I repeat do not fire.”

Captain Wood’s men were unhappy. Richard Emery, who was a soldier at Fort Stevens that night, said, “We were frustrated. There was a lot of anger. We felt that we should have been able to fire back.” Major Robert Huston, who was the Senior Duty Officer that night, made the decision. It was a tough call. He knew the effect it would have on troop morale.

Fortunately, the shells from the Japanese submarine caused very little damage. One shell damaged the backstop of a baseball diamond within 100 yards of Battery Russell,  and another landed near a beach house but didn’t damage the house. When asked the next day how close the shells had come to the military post, Colonel Doney told reporters, “Too close.”

Why was the decision made not to return fire? Following the attack, there was a good deal of speculation about the decision. One rumor was that the officers decided not to take action because the U.S. Army would have been required to give combat pay to soldiers who returned fire. Major Huston and Colonel Doney gave an official explanation. The submarine appeared to be out of range, so why give away defense positions to a target that couldn’t be hit? It wasn't in the best interest of the fort or the men in it to return fire. 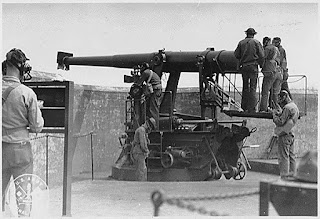 When we are attacked, the basic human response is to return fire. When we are mistreated or threatened, we want to return hurtful words or harmful actions. We let our natural human emotions dictate our behavior. We feel anger and want to lash out. We feel fear and want to defend or attack. We feel wronged and want to get revenge. But is that how a Christian should handle conflict?

In Proverbs 15:1 (NET), Solomon wrote these words of wisdom, “A gentle response turns away anger, but a harsh word stirs up wrath.” And James wrote in James 1:19,20 (ISV), “You must understand this, my dear brothers. Everyone should be quick to listen, slow to speak, and slow to get angry. For human anger does not produce the righteousness that God desires.” 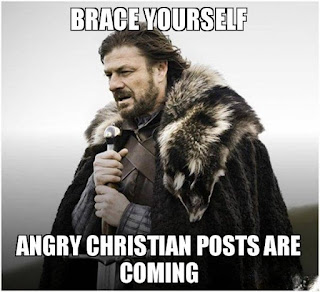 I am not suggesting that there is never a time when Christians should defend themselves. But I have noticed that often we as Christians are slow to listen but quick to speak and get angry. My social media feeds are filled with angry Christians. Some answer every perceived attack, or even a difference in opinion by returning fire in an angry way.

Posted by Richard Lawry at 9:55 AM