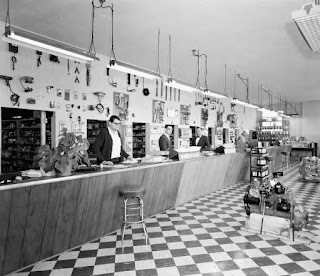 The young man stood at the counter, ordering a gallon of paint. “I need a gallon of synthetic enamel for a 1971 Oldsmobile,” he said to the man behind the counter. “It is brown, and the paint code is 68.”

“I will get that mixed and bring it to your shop this afternoon, is there anything else that you need?”

“Let me get that from the back.”

“And get me five gallons of lacquer thinner,” the young man hollered.

The counterman came out carrying the heavy bucket of thinner and set it down along with the sandpaper. Then going back behind the counter, he reached into a box on the floor and took out a can of black-eyed peas. Handing the can to the young man, he said, “Happy New Year.”

“Thank you,” said the young man with a puzzled look in his face. He carried the thinner, sandpaper, and can of black-eyed peas to his car. He took the can home to his wife, who was puzzled by the strange gift from the auto parts store. 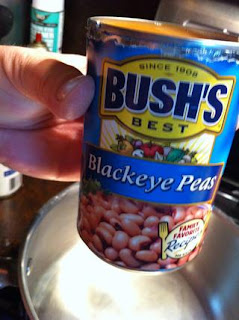 It was December 1981, and I was the young man ordering paint at Southern Auto Supply in Mena, Arkansas. Earlier that year, I had moved to Mena from Colorado with my wife and young daughter. There were still many things about Southern culture that I didn’t understand. I asked another bodyman if the auto parts store had given him a can of black-eyed peas. He said, “yes, why do you ask?” I told him that I thought it was a bit strange. He explained that it was a long-standing tradition to eat black-eyed peas on New Year’s Day. I had never heard of such a tradition.

Southern Living magazine says, “according to folklore, this auspicious New Year’s Day tradition dates back to the Civil War, when Union troops pillaged the land, leaving behind only black-eyed peas and greens as animal fodder. Rich in nutrients, these were the humble foods that enabled Southerners to survive.” Like most traditions, this one has many variations. Some say you should eat exactly 365 peas on New Year's Day. If you eat any less, you'll only be lucky for that many days. Others say you should leave one pea on your plate, to share your luck with someone else. I have also heard that if you don't eat every pea on your plate, your luck will be bad. 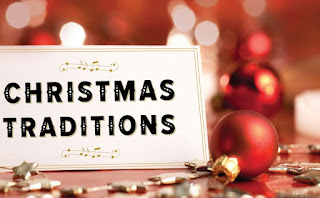 Traditions are a part of life no matter where you live. Traditions vary from place to place and from one family to another. Our family has many Christmas traditions. Christmas morning, my wife makes the same breakfast every year. The interesting thing about this special meal of egg, cream and sausage casserole, sliced bananas and cream, and Christmas Coffee Cake is that we don’t eat those foods any other day of the year.

My daughter takes Christmas traditions very seriously. A couple of years ago, we bought new living room furniture that didn’t leave enough room for the Christmas tree to be where it has been for over 20 years. I wasn’t sure my daughter was going to be able to handle the tree being in a different location. On our first Christmas together, my wife bought a Disney paint by number ornament kit. She painstakingly painted the wood cutouts of Disney characters. They have hung on our tree for over 40 years. When my kids were teenagers, they wanted to know why we had to put those ugly old ornaments on the tree. They didn’t think they were attractive. When I explained how important they were to me, and what they represented, they decided that it was okay to use them. Now it is traditional for my daughter to complain, tongue-in-cheek, about those old ornaments. 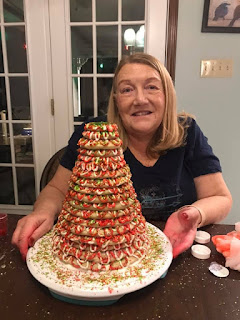 This year, my wife is hoping to start a new Christmas and New Year’s tradition. She has purchased all the special baking tins and ingredients needed to make Kransekake, which is a Scandinavian cake that forms an impressive showpiece. It is made of eighteen different sized rings placed on top of each other, largest on the bottom to smallest on top, with icing between each ring. Because of her Danish heritage, she would like to incorporate Kransekake into our holiday tradition.

I have noticed that many Christians believe very strongly in their traditions. Traditions are not inherently good or bad, right or wrong. Some people defend traditions because the church has practiced it that way for years. Other people dislike tradition and want change just for the sake of change.

Christians should be neither "traditional" nor "non-traditional.” They should neither accept nor oppose a practice simply because it is a tradition. It doesn’t matter how long we have practiced something or when it began. What’s important is what God’s word says about it. If God's word requires it, then we must do it. If God's word forbids it, then we must oppose it even if it is a tradition. If God’s word is silent, then there is no problem with tradition. But I can’t expect all Christians to follow just because it is my tradition. 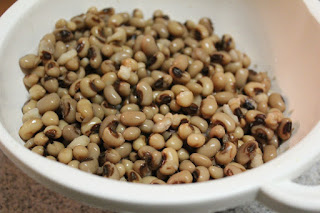 Gentle Reader, do you eat black-eyed peas on New Year’s Day? If you do, that is wonderful. If you don’t, that is okay too. The more important questions are, do you follow the traditions of God? Or are you following human traditions and doctrines that differ from His word? Are you trying to force other Christians to follow your traditions? “Beware lest anyone cheat you through philosophy and empty deceit, according to the tradition of men, according to the basic principles of the world, and not according to Christ.” Colossians 2:8 (NKJV)