My An Arkie's Faith column from the November 18, 2020, issue of The Polk County Pulse.

The Fulda Gap lies just to the east of the West German town of Fulda. During the Cold War, it was one of the most heavily armed places on earth. The gap refers to the local valleys and routes around nearby mountains. Any military action of the Soviets crossing into West Germany would go through these valleys. If an army could reach Fulda, it would be just a quick march to Frankfurt and then to the Rhine River. The Fulda Gap was one of the few places where nuclear weapons were almost certain to be used in a conflict during the Cold War.

The United States Army in Europe had the job of defending Fulda. Just across the East German border was the Group of Soviet Forces in Germany. The Soviet Union did not want to fight another war on its soil. So they kept an imposing military presence in East Germany. In the early days of the Cold War, the U.S. Army directed almost all of its training, equipment, and force development toward the potential day when its troops would face Soviet divisions streaming through the Fulda Gap into West Germany. The Americans had hundreds of high kill rate weapons like nuclear missiles, atomic artillery rounds, nuclear mines, and special atomic demolition munitions. 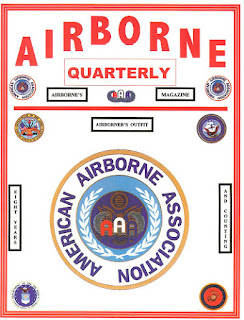 According to the magazine Airborne Quarterly, “Atomic weaponry was key to the strategy of countering a Soviet Union threat to the security of western Europe. NATO could not hope to maintain forces equal to the mass of Soviet manpower. Clearly, atomic weaponry comparable to that used in Hiroshima and Nagasaki was not feasible for Western Europe. Ergo, low yield atomic weaponry was developed that would when used, deny to the enemy key areas of terrain and routes. The ability to deploy and detonate low yield atomic ordnance was the mission of specially trained teams at Division level.”

One of the divisions that worked on this secret atomic demolition munitions project was the 82nd Airborne Division. During World War I, the 82nd was formed and served with distinction on the Western Front in the war’s final months. Even though the 82nd fought valiantly during World War II, it was not sent to the Korean War, as both Presidents Truman and Eisenhower chose to keep it in strategic reserve in the event of a Soviet ground attack anywhere in the world. During the 1950s and 1960s, the focus of the 82nd was intensive training exercises in all environments and locations, including Fulda Gap. 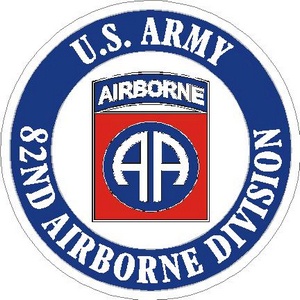 John, a customer of mine, was a member of the 82nd Airborne Division Atomic Demolition Munitions Team in the late 1950s. A few weeks ago, he brought me an article that he had written for Airborne Quarterly magazine. In the article, he wrote, “in 1959, I was selected to work on a secret project that the 82nd was initiating. After obtaining a secret clearance, I became a member of the ADM team.”

In his article, John tells the story of a war game scenario where Special Forces Team members would try to breach the ADM team’s security. “During one of these night drills, the SF threw a blanket over the wire in an attempt to enter the compound. One of their men got cut up pretty badly when the wire won!” He goes on to tell of an encounter that happened many years later. “I met an ex SF guy, Archie, who had a hot rod shop in Mena, Arkansas, near my home. Talk about a small world; Archie was on that same SF team that night! We had a lot to talk about, to say the least! Til’ the day we met, he never knew what was in that tent; we kept our lips sealed that night.” 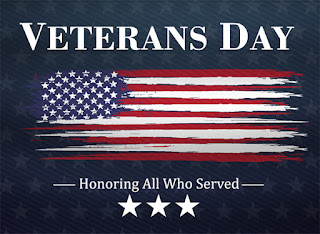 As I write this story, it is Veterans Day, and I am thankful for the service of veterans like John and Archie. I’m grateful for all those who have served their country so that you and I can live in peace and safety. I realize the importance of our armed forces. But honestly, I’m not particularly eager to fight. I prefer to run from conflict rather than to fight. But the Bible tells us that the Christian’s life is a life of combat with evil forces. Because this enemy never stops attacking, Christians must learn to be fighters. To be unprepared against such a cruel enemy or to run from the fight is to ensure defeat.

Paul goes on to explain in 2 Corinthians 10:3,4 (ICB), “We do live in the world. But we do not fight in the same way that the world fights. We fight with weapons that are different from those the world uses. Our weapons have power from God. These weapons can destroy the enemy’s strong places.” Paul reminds us that the real enemy is not the lost and broken, the fallen and sinful human beings who surround us. The real enemy is Satan.

Gentle Reader, how can we defend ourselves against such a terrifying enemy? “Throw all your worry on him, because he cares for you. Be clear-minded and alert. Your opponent, the Devil, is prowling around like a roaring lion, looking for someone to devour. Resist him and be firm in the faith, because you know that your brothers throughout the world are undergoing the same kinds of suffering.” 1 Peter 5 7-9 (ISV)

Posted by Richard Lawry at 7:44 AM