My An Arkie's Faith column from the December 22, 2021, issue of The Polk County Pulse. 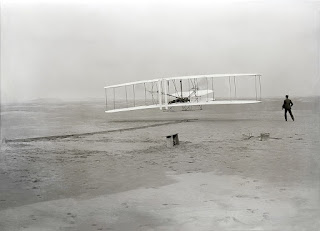 It was a cold, windy day in December 1903. Orville Wright stands on the beach in Kitty Hawk, North Carolina, staring at the sky. His brother Wilbur is flying overhead in the machine they had built together. It was their fourth flight of the day in their hand-built flying machine. Wilbur Wright succeeded in flying their homemade machine for 59 seconds, covering 852 feet at a speed of seven miles per hour. Orville had piloted the first flight of the day that lasted just 12 seconds and traveled only 180 feet, but it proved that human flight was possible.

Orville wrote in his diary about the first attempted flight that morning. “I found the control of the front rudder quite difficult. As a result the machine would rise suddenly to about ten feet and then as suddenly, on turning the rudder, dart for the ground. A sudden dart when out about 100 feet from the end of the tracks ended the flight. Time about 12 seconds.”

The brothers realized that a successful flight depended on their ability to learn how to handle the machine. Each attempt showed improvement. They were pleased enough with Wilbur’s 59-second flight but knew they could do better. Unfortunately, there was not going to be another flight that day. Orville explains in his diary. “We set the machine down a few feet west of the building, and while standing about discussing the last flight, a sudden gust of wind struck the machine and started to turn it over. All rushed to stop it. Will, near one end, ran to the front, but too late to do any good. Mr. Daniels and myself seized spars at the rear, but to no purpose. The machine gradually turned over on us. Mr. Daniels, having had no experience in handling a machine of this kind, hung on to it from the inside, and as a result was knocked down and turned over and over with it as it went. His escape was miraculous, as he was in with the engine and chains. The engine legs were all broken off, the chain guides badly bent, a number of uprights, and nearly all the rear ends of the ribs were broken.” 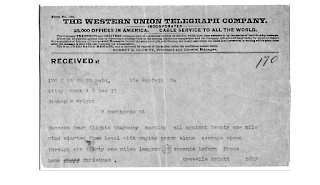 That day, Orville and Wilbur became the first to demonstrate a heavier-than-air machine’s sustained flight under the pilot’s complete control. What did the brothers do after their exciting success and the heartbreak of damaging their flying machine? They had an unhurried lunch and then walked four miles to send a telegram to their father. The telegraph read, “Success four flights Thursday morning all against twenty one mile wind started from level with engine power alone. Average speed through air thirty one miles. Longest 57 seconds. Inform press. Home for Christmas.” With their machine wrecked by the wind and flying done for the season, the Wrights immediately thought of going home for Christmas. They returned home with their broken machine on the evening of December 23.

According to their niece, Ivonette Miller, who was 7 in 1903, the children were excited that Wilbur and Orville would be home for Christmas. She recalled that they said something like: “Oh, goody, Uncle Will will be home in time to carve the Christmas turkey!”

Amanda Wright Lane, the great-grandniece of Wilbur and Orville, said: “The Wright family was thrilled to learn about that first flight, but they were happier yet to know that meant the boys, great cooks, would be home in time for Wilbur to stuff the Christmas turkey and for Orville to make his cranberry bunny, served at holiday meals.” 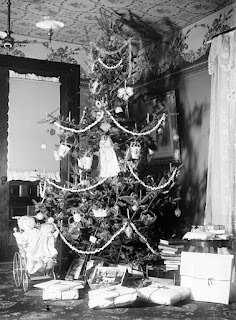 Orville and Wilbur Wright had just accomplished something that no human being before them had ever done. What they accomplished that cold, windy December day would change humankind forever. But their thoughts were with their family and making it home for Christmas.

The family is important to God because it is an institution He has created, and it is one of His blessings. Families come in all shapes and sizes. Every family is different, unique, and every person within each family is essential. When God created the family, he simultaneously gave us an extraordinary gift and a unique challenge. Family requires an unshakable commitment to each other even when everyone involved is intimately aware of each other’s flaws.

If you are committed to your family, they should always come first. Even if you are working on something significant, like the first powered, heavier than air flight, you should never forget your commitment to your family. 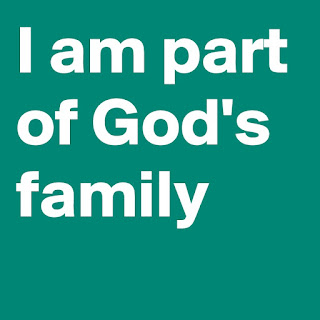 As a Christian, you are a part of two families, your earthly family and your heavenly family. 1 John 3:1 (GW) tells us, “Consider this: The Father has given us his love. He loves us so much that we are actually called God’s dear children. And that’s what we are.” And Romans 8:15-17 (ICB) says, “the Spirit that we have makes us children of God. And with that Spirit we say, ‘Father, dear Father.’ And the Spirit himself joins with our spirits to say that we are God’s children. If we are God’s children, then we will receive the blessings God has for us. We will receive these things from God together with Christ.”