R Is For Relay For Life

This week the letter is R. R is for Relay For Life. The American Cancer Society Relay For Life is a life-changing event that gives everyone a chance to celebrate the lives of people who have battled cancer, remember loved ones lost, and fight back against the disease.

Relay starts with a Survivor Lap, an inspirational time when survivors are invited to circle the track together and help everyone celebrate the victories we’ve achieved over cancer. The Survivors Lap is an emotional example of how Relay participants are creating a world with more birthdays like those of each individual on the track.

After dark, we honor people who have been touched by cancer and remember loved ones lost to the disease during the Luminaria Ceremony. Candles are lit inside bags filled with sand, each one bearing the name of a person touched by cancer, and participants often walk a lap in silence.

At Relay, teams of people camp out and take turns walking around the track. Each team is asked to have a representative on the track at all times during the event, because cancer never sleeps. Thanks to Relay participants, we are creating a world with more birthdays. 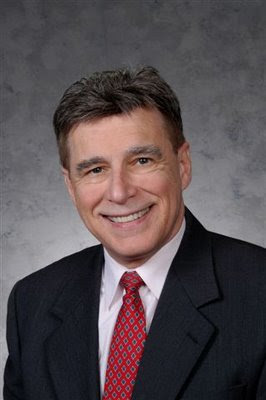 One person can make a difference. Nowhere is that more evident than with the story of how Relay For Life got it's start. In the mid-1980s, Dr. Gordy Klatt, a Tacoma surgeon, wanted to enhance the income of his local American Cancer Society office and to show support for all of his patients who had battled cancer. He decided to personally raise money for the fight by doing something he enjoyed – running marathons.

In May 1985, Dr. Klatt spent a grueling 24 hours circling the track at Baker Stadium at the University of Puget Sound in Tacoma. He ran for more than 83 miles. That first year, nearly 300 of Dr. Klatt’s friends, family, and patients watched as he ran and walked the course. Throughout the night, friends donated $25 to run or walk with Dr. Klatt for 30 minutes. His efforts raised $27,000 to fight cancer.

While circling the track those 24 hours, Dr. Klatt thought about how others could take part in his mission to fight cancer. He envisioned a 24-hour team relay event that could raise more money to fight cancer. Over the next few months, he pulled together a small committee to plan the first team relay event, known as the City of Destiny Classic 24-Hour Run Against Cancer.

In 1986, with the help of Pat Flynn – now known as the “Mother of Relay” – 19 teams took part in the first team Relay event on the track at the historic Stadium Bowl and raised $33,000. An indescribable spirit prevailed at the track and in the tents that dotted the infield.

Relay has developed into an overnight event where people bring tents and sleep out around the tracks. People of all ages come out to bring the community together to Celebrate those who have survived cancer, Remember those who cancer has taken from us and Fight Back by raising money to fight for a cure. Now, over 4 million people take part in Relay events in over 5,000 communities in the United States.

Posted by Richard Lawry at 5:41 PM