Q Is For Question 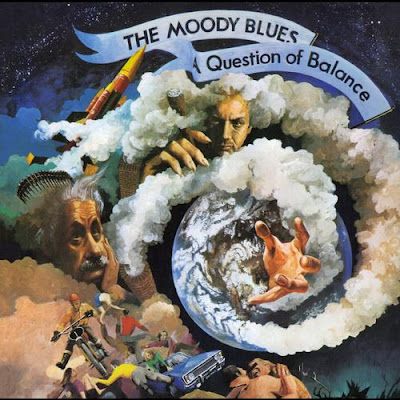 This week the letter is Q. Q is for question. One of my favorite albums from my youth is the Moody Blues album, A Question of Balance, released in 1970. Though it was their fifth album, it was the first time that The Moody Blues used political strife as a basis for songwriting. The song "Question", dealt with the controversy resulting from the ongoing Vietnam War. The album reached #1 in the UK and #3 in the U.S. 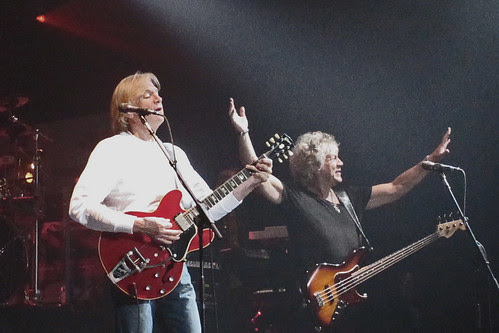 Last week I attended the Moody Blues concert at the Brady Theater in Tulsa, Oklahoma. I had purchased the tickets last November the day that they went on sale. I was fortunate to be able to get seats in the third row. Being that close to the stage made for great photo opportunities. 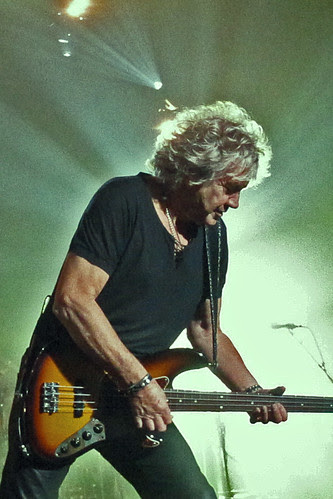 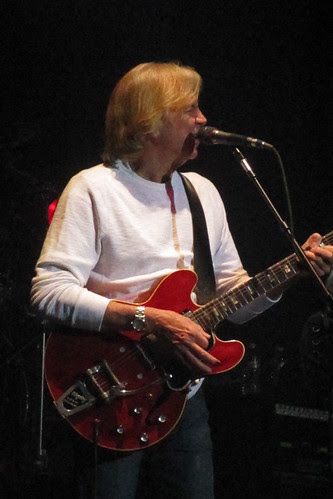 The Moodies put on a great show. I thoroughly enjoyed the concert. The band payed songs from every phase of their career, from the 60's through the 90's. One of my favorite lines was from Graeme Edge when he was talking about having turned 70. He said, "the great thing about turning 70 is that I've lived through the 60's twice". 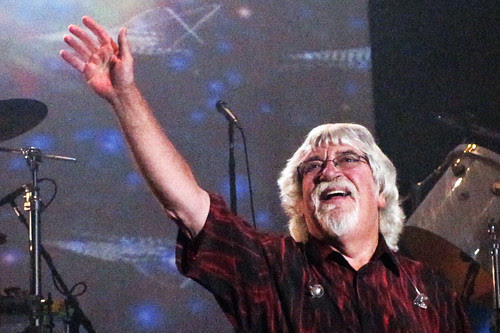 The song "Question" was a real crowd favorite, and everyone seemed to know the words.

Why do we never get an answer
When we're knocking at the door?
With a thousand million questions
About hate and death and war.

Cause when we stop and look around us
There is nothing that we need.
In a world of persecution
That is burning in it's greed.

Why do we never get an answer
When we're knocking at the door?
Because the truth is hard to swallow
That's what the war of love is for. 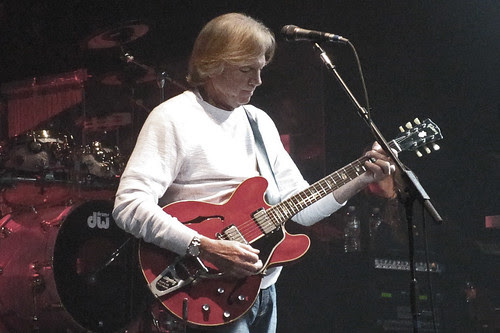 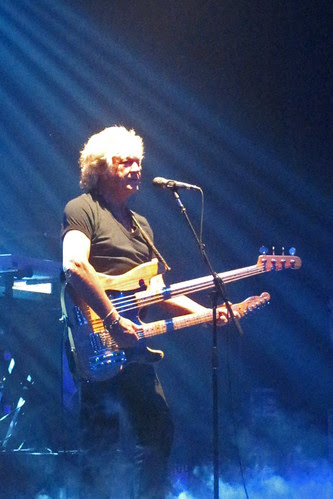 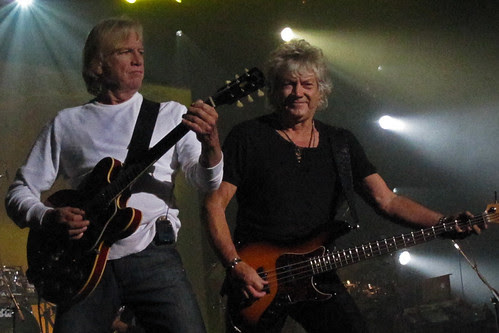 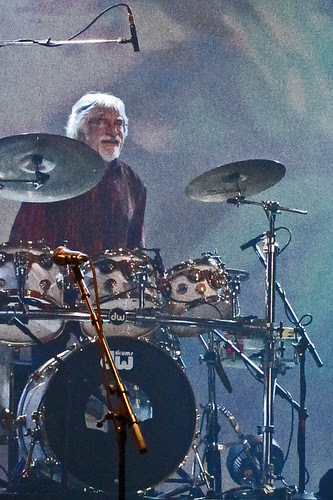 If I ever have another chance to see the Moody Blues in concert I will definitely go again. It was the most fun I have ever had at a concert. 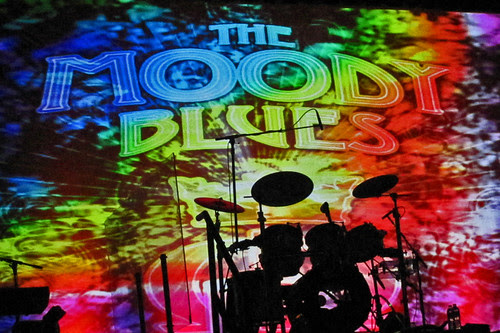 Posted by Richard Lawry at 9:33 PM