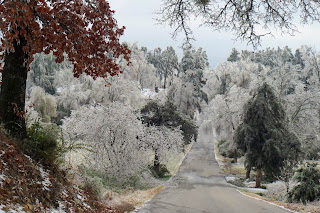 W is for winter wonderland.  On December 5th a major ice storm hit portions of Arkansas.  My hometown of Mena, Arkansas and the surrounding areas were particularly hard hit.  Freezing rain coated the trees and power lines.  Many branches and snapped off from the weight of the ice and entire trees were uprooted and fell over.  The resulting damage to power lines caused everyone in our area to be without electricity.  We were fortunate to have our power restored in 24 hours, but many people in the area were still without power 6 days later.  There were hundreds of power company trucks in our area working long hours trying to restore electricity to those without power. 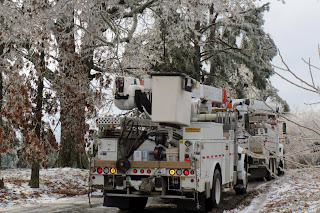 Though there was widespread property damage, the ice storm created a fairy tale world.  Here are some photos that I took near my home on the day after the storm. 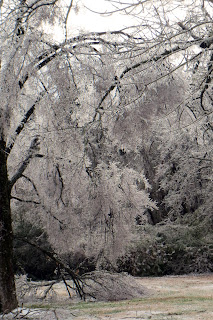 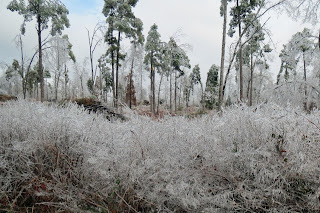 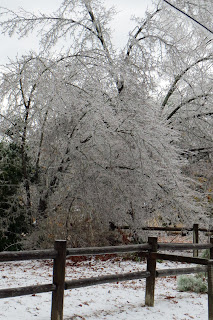 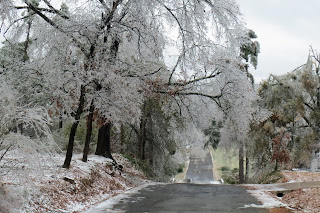 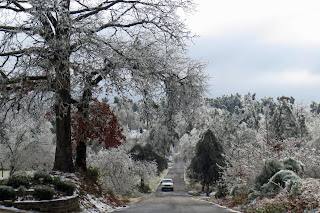 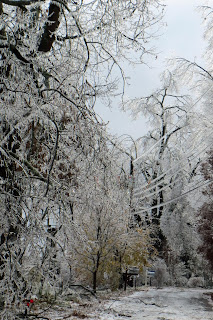 Posted by Richard Lawry at 7:28 AM