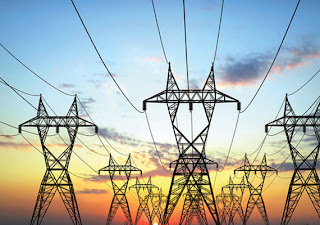 Electrical power is one of those things that we don't spend much time thinking about. When we flip the switch we expect the lights to go on. When we come home from work on a cold day we expect the house to be comfortable. When we open the refrigerator we expect the milk to be cold.

When the power goes off we definitely think about it. It is about all we can think about. Last night our power went out. A heavy ice storm broke many tree limbs and damaged many power lines. 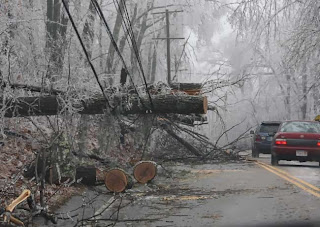 We went to bed and piled extra blankets on the bed to keep warm. When we got up this morning the power was still off and the house was cold. Our house is all electric, but we do have a kerosene heater. It had been so long since we had used it I wasn't sure that it would work. After a bit of maintenance I was able to get the heater going. We pulled our chairs up close to the heater and didn't move very far from it during the day. 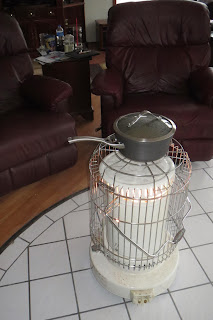 We had no way of cooking, but my wife became a great kerosene heater chef and prepared some great lentil soup on the heater. We were able to heat water for hot drinks on the heater and also toasted some bagels. The lentil soup was so tasty. We had a great meal! We spent most of the afternoon sitting close to the heater and watching the bird at our bird feeders. The birds really appreciated all of the free food. 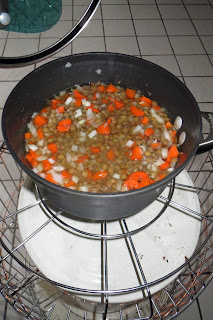 We lit our emergency candles and got out our hand cranked flashlight/radio combo. We didn't let our lack of power get us down, although the idea of a hot shower was appealing. We did wonder when the power would be restored. We knew that there were many lineman working on the power lines. We remembered the ice storm of Christmas 2000 when we were without power for 6 days. Although we were doing OK we certainly didn't want a repeat of the 2000 storm.

Once during the afternoon our lights came on for a few seconds, but then went right off again. We knew that the linemen were working in our area and we were hopeful, but several hours passed and they didn't come on again. I am very thankful for all of the hard working lineman who work day and night during these storms in very difficult and dangerous situations so that out power can be restored. 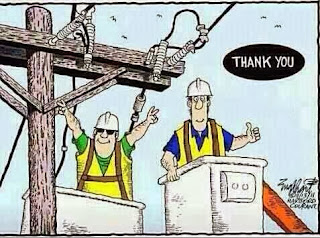 When the sun went down and it was dark we got out candles and battery operated lanterns. We had hoped for power by this time but had resigned ourselves to possibly sleeping another night in a cold dark house. We wondered how early we should go to bed. Suddenly we had lights again. But after a minute or two they went out and we were once again in the dark. Only a few minutes later the lights came back on and so far they have stayed on. Being without power for about 24 hours really makes you realize how much you rely on it and how much you should appreciate it and not take it for granted. 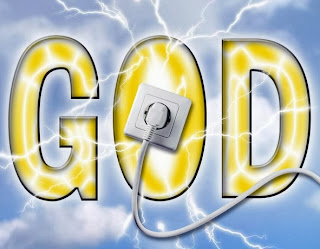 Just like we take our electrical power for granted, we also often take God's power for granted. We expect Him to love us. We expect Him to be there for us, but how often do we think about His power? I hope that my experience of being without power will remind me to not take God's power for granted. I want to say with King David, "But as for me, I will sing about your power. Each morning I will sing with joy about your unfailing love. For you have been my refuge, a place of safety when I am in distress". Psalms 59:16
Posted by Richard Lawry at 10:42 PM