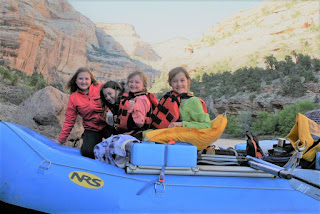 The little group gathered on the banks of the Yampa River. You could see the concern on their faces as they prepared for another day on this wild river. The Yampa River is the only major tributary in the Colorado River system that still runs wild and free; without a single dam along its course. It flows free with run-off originating from the melting snows and glaciers of the Colorado Rockies. The river is only runnable for a few weeks each year and permits are very limited, which gives the canyon a feeling of secrecy and surprise.

Today was the day that they would run the most challenging rapids on the Yampa, Warm Springs. Before 1965, the Yampa River was as a family-friendly river with only a couple of big rapids that were pretty straightforward. But on June 10, 1965, a flash flood created a huge rockslide that filled the river near Warm Springs with boulders and transformed a minor wave train into one of the most famous river rapids of the West. 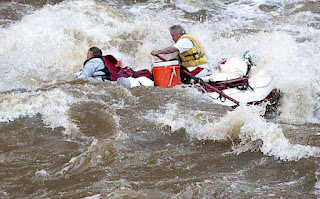 Warm Springs is one of those rapids that everyone has a story about; you don’t just run it, it’s always an experience. It is the most talked about rapid in the main Yampa Canyon and inspires fear in even the most veteran boaters. Beneath a towering 1,700-foot sandstone cliff, Warm Springs Rapid drops through boulders for about a quarter of a mile, creating intensely churning whitewater. It is rated among the ten biggest drops in the country. The little group were not experienced whitewater rafters. The knew the reputation of these class IV rapids but were not sure what to expect. As they gathered on the banks of the river before taking off in their six rafts, they prayed for safety, guidance, and help from God.

From a distance, Warm Springs is just a band of whitewater on the river’s horizon line. But as the group got nearer, the sound of the rapids reverberating off the cliff roared louder and louder. They pulled to the right bank where the passengers were dropped off so they could walk around the rapids. But each boat had to be piloted through the rapids. While they were preparing to run the rapids, they were approached by a group that said they were with a joint search and rescue training exercise between the National Park Service and the Moffatt County Sheriff’s Office. Would they like some assistance as they ran the rapids? They were relieved and happy to accept the help. 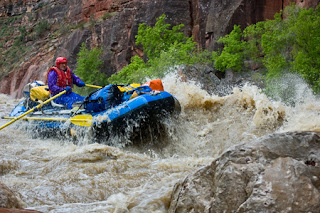 The most dangerous aspect of the rapids are two roiling holes where submerged boulders make the current churn backward. The first boulder in the middle of the rapid has been dubbed, Godzilla. The last hole in the rapids is named Maytag and can flip rafts and work over boaters. According to the website riverbrain.com; “If you miss the entrance and setup on warm springs, you are guaranteed a white-knuckle beating in Godzilla and probably Maytag holes.”

My son-in-law piloted the first boat into the rapids. He said, “that feeling when you see the rapids up close is an adrenaline rush like no other.” When he tried to navigate the turbulent waters of Godzilla, he was thrown out of his raft. As he was being swept down the river, the rescue team was yelling at him, “swim, swim to shore.” He said, “as soon as I hit the water, it seemed that every ounce of energy was sapped from my body. Even though I knew that my life depended on it, I couldn't find the energy to swim to shore.” After what seemed like an eternity to my son-in-law, someone from the rescue team was able to throw a rope to him and pull him to safety. After getting to shore, he collapsed and just lay there for several minutes before he had enough energy to stand. The ordeal had sapped every bit of energy from him.

Four of the remaining five boats, including the one piloted by my daughter, made it through. But one of the boatsmen was thrown into the water and had to be rescued. After getting all of the boats through the Warm Springs rapids, the group got back into the boats and made their way on down the river. As they floated on through the canyon and looked at the amazingly beautiful scenery, they thought about their prayer that morning. They had prayed for safety and God’s help. They had made it safely through the rapids even though there had been tense moments. After being rescued, my son-in-law found out that the joint search and rescue training exercise was a yearly training and had been scheduled a year ago. 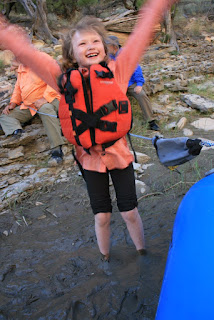 As my son-in-law and his family were recounting their experiences on the Yampa River raft trip, and especially their struggles at the Warm Springs rapids, I thought of the scripture found in Isaiah 65:24 (NKJV). “Before they call, I will answer; And while they are still speaking, I will hear.” The little group had no idea when they were praying that morning that God had answered their prayer one year before they asked for His help. “Before they call, I will answer.”

Gentle Reader, David wrote about his near-drowning experience in Psalms 69:1-3 (NIV). “Save me, O God, for the waters have come up to my neck. I sink in the miry depths, where there is no foothold. I have come into the deep waters; the floods engulf me. I am worn out calling for help; my throat is parched.” Every one of us has experienced the need to be rescued. God has made a promise to us. "Call to Me, and I will answer you." Jeremiah 33:3 (NKJV)  When God answers our call, he will bring us to a place of safety. “He led me to a place of safety; he rescued me because he delights in me.” Psalms 18:19 (NLT) When you call on God, you can count on Him to answer you, rescue you, and save you.

Posted by Richard Lawry at 2:37 PM