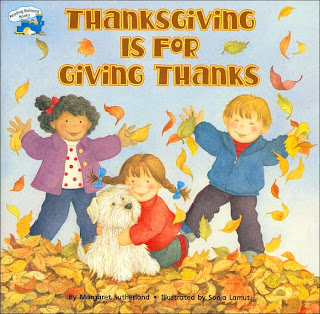 We are looking forward to celebrating Thanksgiving with my sister. We will be leaving next Wednesday and heading for Ashland, Missouri.  The purpose of Thanksgiving is eating until we are stuffed... and giving thanks.  I appreciate the reminder to give thanks for our blessings, but realize that we should be giving thanks 365 days of the year.

In the U.S. there has been an annual Thanksgiving observed since 1863.  In that year, with the county involved in a horrific Civil War, President Lincoln issued a proclamation declaring a day of Thanksgiving.

One of the traditions of Thanksgiving is talking about the things we are thankful for.  There are many things, but I am truly thankful for my family, my country, my community, nature, and especially for Jesus Christ and the grace that he shows me.

The Greek word translated in the Bible as thanksgiving is eucharistia.  The English spelling is Eucharist.  My dictionary gives the following definitions.   1.  The sacrament of Holy Communion; the sacrifice of the Mass; the Lord's Supper.  2.  The giving of thanks; thanksgiving. 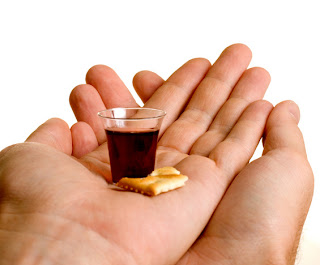 The word that most people use to describe the Lord’s Supper means thanksgiving.  What a great thought.  The Lord’s Supper is a ceremony in which we give thanks for what Jesus has done for us.  The root word in Eucharist is charis.  Charis is normally translated as grace.  That makes sense.  Think with me for a moment.  What happens at the beginning of your Thanksgiving meal?  Someone says “grace”.  Why do we say that they say grace?  Saying grace is giving thanks.

At a British conference on religions, experts from around the world debated what, if any, belief was unique to the Christian faith. They began eliminating possibilities. Incarnation? Other religions had different versions of gods appearing in human form. Resurrection? Again, other religions had accounts of return from death. The debate went on for some time until C.S. Lewis wandered into the room.  “What’s the rumpus about?” he asked, and heard in reply that his colleagues were discussing Christianity’s unique contribution among world religions. Lewis responded, “Oh, that’s easy. It’s grace.” 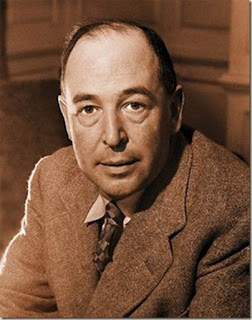 After some discussion, the conferees had to agree. The notion of God’s love coming to us free of charge, no strings attached, is singularly Christian.  Of all the world’s religions, only Christianity dares to make God’s love unconditional.

In 2 Timothy 1:9, the Bible says, “He has saved us and called us with a holy calling, not according to our works, but according to His own purpose and grace which was given to us in Christ Jesus before time began”.

Before you were born there was grace for you.  Thank God for grace!  As wonderful as it is, grace is not well understood and often not really believed. We use the word a lot but rarely think about what it means. It's probably true that most of us think infrequently about God's grace.

Part of our problem is in the nature of grace itself. Grace is scandalous. It’s hard to accept. It’s hard to believe. It’s hard to receive. We are skeptical when a telemarketer tells us, "I'm not trying to sell you anything. I just want to offer you a free trip to Hawaii." Automatically we wonder, "What's the catch?" because we have all been taught that "there's no free lunch." 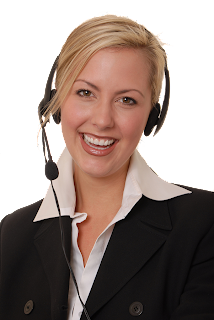 Grace shocks us in what it offers. It frightens us with what it does for sinners. Grace teaches us that God does for others what we would never do for them. We would save the not-so-bad. God starts with prostitutes and then works downward from there. Grace is a gift that costs everything to the giver and nothing to the receiver. It is given to those who don't deserve it, barely recognize it, and hardly appreciate it.

Grace means that no one is too bad to be saved. The Bible is full of examples; Liars, cheaters, murderers, adulterers, prostitutes.  God specializes in saving really bad people.

Grace also means that some people may be too good to be saved. That is, they may have such a high opinion of themselves that they think they don't need God's grace. They may admit they are sinners but they don't admit they are spiritually dead.

This view of grace is hard for good people to accept because it means we must give up our "goodness" in order to be saved. We must admit that nothing we have done matters in the least when it comes to being forgiven by God. God has designed our salvation so that he alone gets the glory!

Ephesians 2:8,9 tells us,  “For by grace you have been saved through faith, and that not of yourselves; it is the gift of God, not of works, lest anyone should boast”.

Imagine what heaven would be like if you had to earn your way there. "I was a preacher." "I built churches across the world." "I gave a million dollars to world missions." "I had hundreds of baptisms at my meetings." "I volunteered at the hospital." “I baked cookies for the school kids.” As good as those things are they will not help forgive even one sin. They will not save you or help save you. 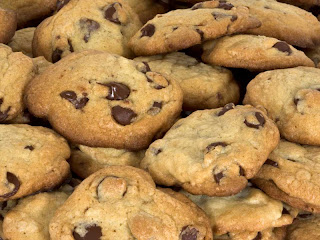 Can you just imagine someone putting his arm around Jesus and saying, "You and me, Jesus, we did it: You died on the cross and I baked the cookies”? I am so thankful that it's not like that. When Jesus died on the cross, he paid the full price for your salvation. Jesus paid the price all by himself.

Grace is never cheap.  Grace costs the ultimate.  It is just that you and I aren’t the ones paying.  “For God so loved the world, that He gave His only begotten Son, that whosever believes in Him shall not perish, but have everlasting life”.  John 3:16 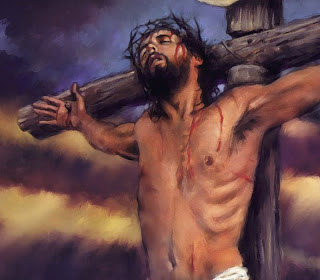 Thank God for grace!   Look for grace in unexpected places. I know that you will find it. Paul tells us in 1 Timothy 1:14, "the grace of our Lord is exceedingly abundant".
Posted by Richard Lawry at 9:21 AM