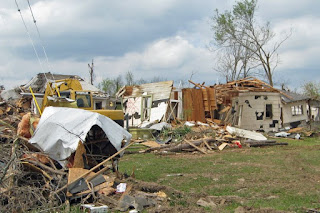 As I write this week's column, it is the anniversary of the EF-3 tornado that devastated portions of Mena in 2009. The Associated Press article that ran in newspapers nationwide the day after the storm stated, “Authorities began a house-to-house search Friday for possible victims of the tornado that struck a 'direct hit' on this mountain community, killing at least three people, injuring at least 30 others and flattening homes and businesses. The twister descended quickly on the Ouachita Mountains town shortly after eight p.m. Thursday.” Because it was national news, I had many people contact me asking if we were ok. I was one of the fortunate ones who had minimal damage from the storm. 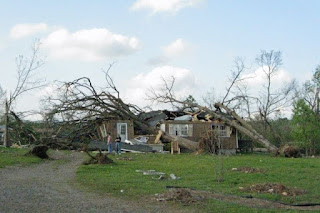 Those of us that lived through that night will never forget it. I still often talk to people who experienced the terror of the storm. My wife was on the phone with a dear friend when the tornado hit. Our friend was in the bottom of a closet covered with blankets. She was afraid of the storm. As the storm hit the phone went dead. We didn’t know what had happened. After the storm had passed, I tried driving to her home, but the authorities were not letting traffic into that part of town. It was several long hours before a neighbor of hers was able to get word to us that she was ok, but her house was heavily damaged.

I remember the months that followed and the long hours at work installing auto glass. There were so many damaged vehicles that I worked from 6:00 A.M. till 10:00 P.M. six days a week. There were so many people who had so much to do in the recovery and rebuilding that it seemed the whole town was fatigued. 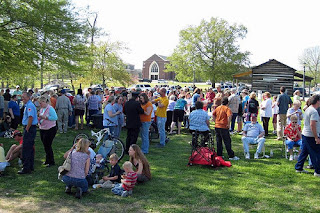 On April 11, 2010, one year after the tornado, I was in attendance when the Polk County Arkansas Long Term Recovery Committee held an event in Janssen Park to recognize those who helped Mena recover from the tornado and to remember those who lost their lives. Mena residents gathered at the park on a beautiful sunny day to remember the tornado that swept through town the previous year. The volunteers that came from far and near to help with the recovery were recognized. The most poignant part of the event was when a memorial was placed in loving memory of the lives lost in the April 9, 2009, tornado; Anna Cress, Judy Lobner, and Albert Shaw. 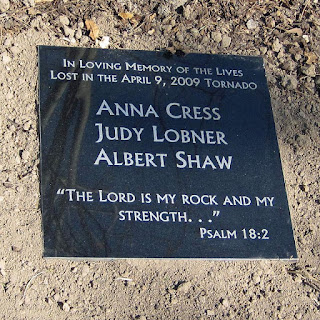 A memorial is something that serves as a focus to help remember an event. Are there memorials in the Bible? There is a memorial right in the Ten Commandments. Exodus 20:8-12 (NKJV)says, “Remember the Sabbath day, to keep it holy. Six days you shall labor and do all your work, but the seventh day is the Sabbath of the Lord your God. In it you shall do no work: you, nor your son, nor your daughter, nor your male servant, nor your female servant, nor your cattle, nor your stranger who is within your gates. For in six days the Lord made the heavens and the earth, the sea, and all that is in them, and rested the seventh day. Therefore the Lord blessed the Sabbath day and hallowed it.”

What are we to remember when we keep the Sabbath? That God created the heavens and the earth. 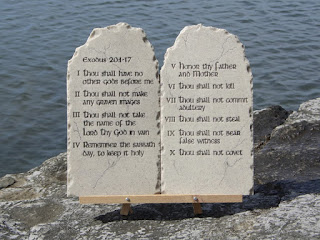 On the seventh day of creation, God blessed and sanctified the seventh day. It is a memorial of creation.  Many people no longer believe that God created the world in seven days. If we deny that God is the Creator, we have no reason to worship God. 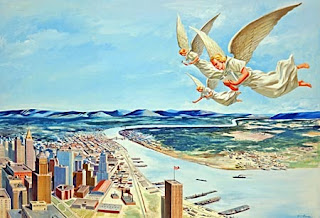 One of the main topics of the book of Revelation is worship. The first angel’s message in Revelation 14 includes a call to the world to worship God as our Creator. Look at Revelation 14:6,7 (NKJV) where the Bible says, “Then I saw another angel flying in the midst of heaven, having the everlasting gospel to preach to those who dwell on the earth—to every nation, tribe, tongue, and people—saying with a loud voice, ‘Fear God and give glory to Him, for the hour of His judgment has come; and worship Him who made heaven and earth, the sea and springs of water.’” God wants us to worship Him as the Creator.

To reject the account of creation as found in Genesis is to reject not only Old Testament worship but New Testament worship. In Romans 1:25 (NLT) the Bible says, “They traded the truth about God for a lie. So they worshiped and served the things God created instead of the Creator himself, who is worthy of eternal praise! Amen.” When we deny God’s creative power, we end up worshiping the creation instead of the Creator.

Gentle Reader, creation is important; It is the reason we worship God, and the seventh day has stood as a memorial to God’s creative power from creation week until today.