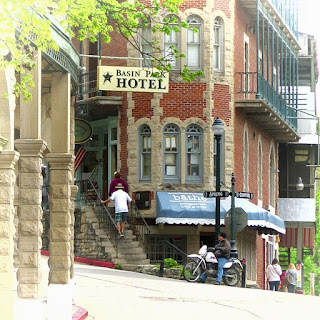 For the past several years we have spent a weekend in April at Eureka Springs with my sister and her husband. We love Eureka Springs and have been visiting this quaint little town for over 30 years.

Eureka Springs is a Victorian mountain village that was founded in 1879. Judge J.B. Saunders claimed that his crippling disease was cured by the spring waters. Saunders started promoting Eureka Springs to friends and family members across the State and created a boom town. Within a period of little more than one year, the city grew from a rural village to a major city of 5,000 people. By 1889, it was the second largest city in Arkansas. With bath house cures falling out of favor, and the depression that hit the nation being particularly bad in Arkansas, Eureka Spring fell into decline during the 30's. 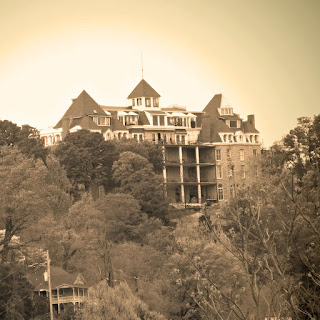 With the end of World War II the era of the family car trip began. Businesses and services moved to the highway, rustic tourist courts and air-conditioned motels were built alongside diners and gift shops. Sights that had been horseback adventure were now attractions to the motoring tourist. The motoring public could turn-off Hwy 62 down 62B into the valley, follow the loop through the historic little Victorian city, and come back out on the highway.

The city has steep winding streets filled with Victorian-style cottages and manors. The old commercial section of the city has an alpine character, with an extensive streetscape of well-preserved Victorian buildings. 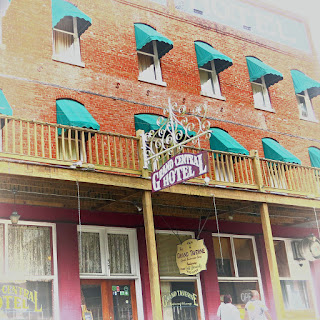 We stayed in a suite above one of the shops in the old downtown. It was great being downtown as we were able to leave our car parked and walk to most things we wanted to do. My sister and I both enjoy photography and had a great time taking photos. 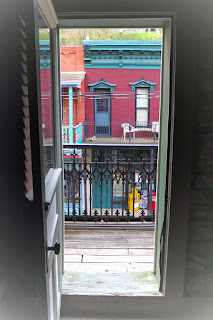 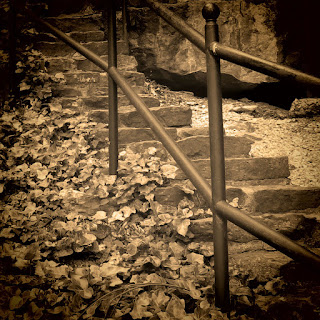 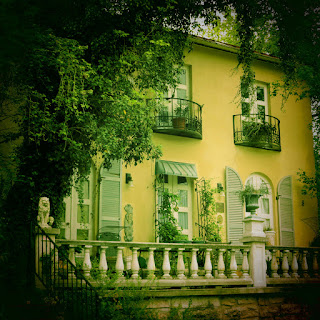 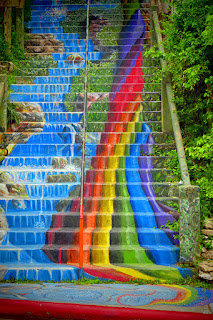 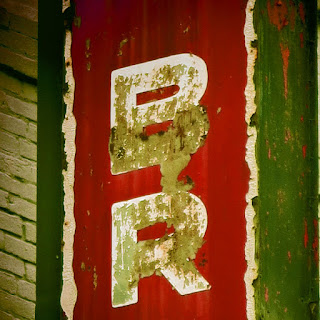 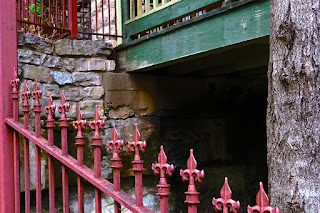 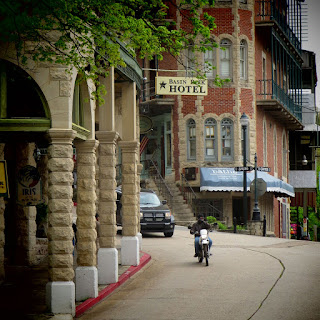 Since we were staying right downtown It was easy to slip out of the room and take some night street scene photos. 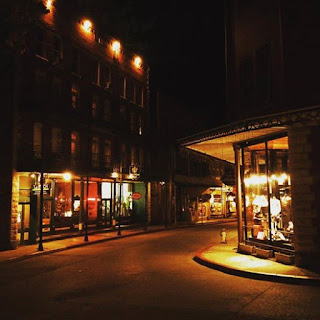 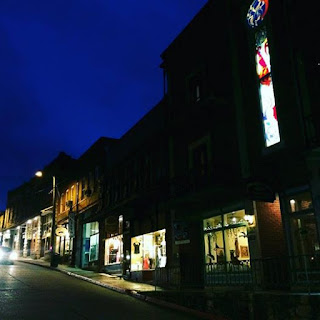 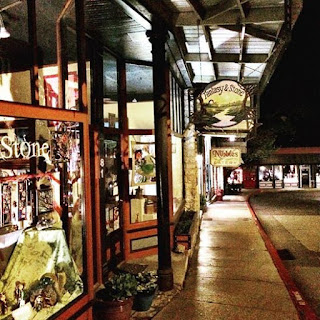 We had such a good time. I'm looking forward to our weekend in Eureka Springs next year. 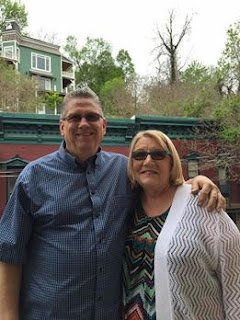 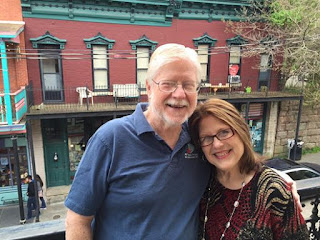 Posted by Richard Lawry at 8:53 PM