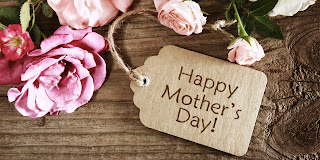 Have you ever wondered about the origins of Mother’s Day? It seems like something that has just always existed, but it has only been in existence for a little over 100 years.

Our family had a lovely Mother’s Day weekend. My wife prepared an excellent meal on Saturday, and we spent the day with my Mom and Dad along with friends. We got together on Mother’s Day with my Mom and Dad, and my sister and her daughter. After a tasty lunch at Papa’s Mexican Cafe, we took my Dad’s 1933 Plymouth to Janssen Park for a family photo shoot. It was a pretty day, and we enjoyed our time together. 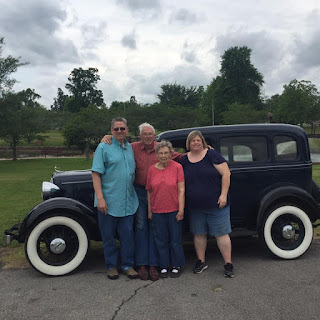 I hope that you had a good Mother’s Day. I know that what was most important to my Mom and my wife was hearing from their kids. According to the major phone carriers, there are more phone calls made on Mother’s Day than on any other day of the year. Over 2 billion dollars were spent on flowers for Mom this year and more than four times as many people go out to eat on Mother’s Day compared to an average Sunday.

Just how did Mother’s Day get started, and become the economic force that it is today? According to the website, Statistic Brain, Americans spent over 20 billion dollars this year to celebrate Mother’s Day. 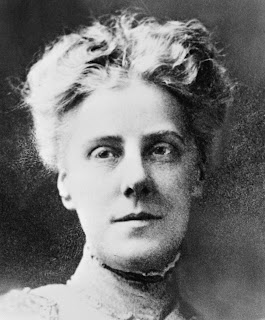 Anna Jarvis is considered the founder of Mother’s Day. She spent many years working for a national day for mothers because she felt they didn’t get enough recognition. Anna’s mother was a social activist. Before the Civil War, she organized Mothers' Day Work Clubs in West Virginia to improve health and sanitary conditions for women. During the war, she cared for the wounded on both sides. She also tried to orchestrate peace between Union and Confederate mothers by organized a Mothers' Friendship Day at the courthouse in Pruntytown, West Virginia to bring together neighbors from both sides. Mothers' Friendship Day was an annual event for several years.

When her mother died in 1905, Anna began a crusade to create a holiday to honor mothers. Because of her zealous letter writing and promotional campaigns across the country, Mother’s Day became an official U.S. holiday when Congress passed a bill authorizing it in 1914.

Within a few years, Mother’s Day became a very commercialized holiday. Jarvis became so upset by this that she eventually denounced the holiday and campaigned against it. She referred to the florists, greeting card manufacturers and the confectionery industry as “charlatans, bandits, pirates, racketeers, kidnappers and termites that would undermine with their greed one of the finest, noblest and truest movements and celebrations.”

In one of her last appearances in public, Anna went door-to-door in Philadelphia, asking for signatures on a petition to rescind Mother’s Day. She died in 1948 — blind, emaciated, broke, and surrounded by strangers. She had spent many years of her life advocating for a Mother’s Day to honor mothers; then spent her last 30 years fighting against the commercialization that overwhelmed her original message.

As I was researching the story of Anna Jarvis, her situation reminded me of a passage in the Bible. We find the story in Matthew 15:1-3 (NIV) “Then some Pharisees and teachers of the law came to Jesus from Jerusalem and asked, ‘Why do your disciples break the tradition of the elders? They don’t wash their hands before they eat!’ Jesus replied, ‘And why do you break the command of God for the sake of your tradition?’” He then went on to quote the prophet, Isaiah, when he told them, “You hypocrites! Isaiah was right when he prophesied about you: ‘These people honor me with their lips, but their hearts are far from me. They worship me in vain; their teachings are merely human rules.’” Matthew 15:8,9 (NIV) 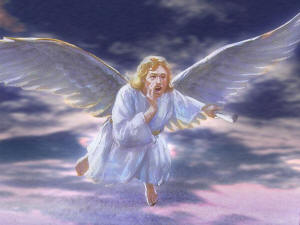 Just like Anna Jarvis was not pleased with the way Mother’s Day came to be celebrated, I’m quite sure that Jesus isn’t always happy with the way modern Christians worship Him. In the book of Revelation, the concept of worship is discussed over 20 times. It appears that worship will be a major topic at the end of this earth’s history. The first angel of Revelation chapter 14 has a message for the world, and it has to do with worship. “Then I saw another angel flying in the midst of heaven, having the everlasting gospel to preach to those who dwell on the earth—to every nation, tribe, tongue, and people—saying with a loud voice, ‘Fear God and give glory to Him, for the hour of His judgment has come; and worship Him who made heaven and earth, the sea and springs of water.’” Revelation 14:6,7 (NKJV) The message of this angel is simple. Worship the Creator God.

Gentle Reader, just like Anna Jarvis was displeased with the commercialization of Mother’s Day, God asks us to make sure that our worship of Him is in line with the information he has provided in the Bible. Let’s make sure that Jesus won’t say about us, “these people show honor to me with words, but their hearts are far from me. Their worship of me is worthless. The things they teach are nothing but human rules.” Matthew 15:8,9 (NCV)
Posted by Richard Lawry at 6:41 AM