Teresa Ashlock - Caregiver of the Year 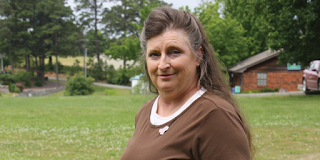 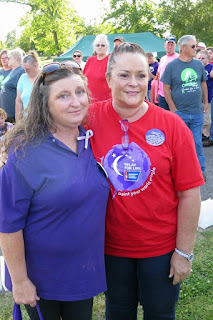 Originally from Mena, she now lives in Waldron, but has spent many hours on the road in between. Ashlock has taken on clients as a home health aide in the area, including her own mother. However, her story truly begins with her son.

As a young single mother, Ashlock first began caring for her son, who was born with cerebral palsy. “It was a long road and I needed help. I know what it’s like to need somebody – just someone to be there and support you through the emotions, the daily activities, someone who understands what you’re going through. When I finally did get help, he was nine years old. It took that long to get some help so I know what it’s like.” When her son was eight years old, she gave birth to a daughter. Although it was challenging as a single mother, she used her natural giving ability to nurture her children through thick and thin.

When her son was born, he had multiple birth defects and some doctors predicted he may not live long. However, he braved the fight and she fought the battle with him for seventeen years. “Even though I knew one day maybe he’d be gone, I still didn’t expect it. I thought I would lose my mind. But I had a little girl to take care of so I had to open my eyes. I think it would be selfish to ask for him back. I truly believe he was put here for a reason, to make me who I am,” said Ashlock.

She married her husband when her daughter was 10 and began a career as a caregiver. Ashlock is a CAN (Certified Nurses Aide) and has worked as a home health aide since 2006. She admits that after her son’s death, it hasn’t been easy for her, but she tries. “I have very high faith in my God. Nowadays, I cry, I wipe my face, and I go on. It’s hard, but I go on.”

After caring for her son, she cared for her father before he passed. She also cared for her mother who has since passed. “I was always going back and forth from Waldron to Mena and I was so tired. I went four days with no sleep and nearly wrecked. I had to slow down,” she explained. Ashlock was caring for her mother and working 65 hours a week as a home health aide. She realized quickly that her health needed a priority check. “I can’t be there for others if something happens to me and I want to devote all of me. I do love what I do.” She has since cut her hours to part time and fills in when needed. “I have experience in other fields, but I keep coming back to this one. I just have a heart for these people that need help.”

She admitted that her mother was her biggest inspiration in life as a ‘giver.’ Her parents owned a restaurant in Waldron for many years. “My mother is the strongest woman I’ve known. She used to have dinners for shut-ins and would help children with doctor visits and hotels, gas and food… I just want to fulfill her legacy and continuing to do what I can, whether it’s in healthcare or wherever.”

Ashlock also became a caregiver to her husband when he was diagnosed with throat cancer. “That’s when I really started seeing the bad effects of cancer myself,” she explained. Aside from God, she said her husband is her biggest source of support. “He also knows what I’ve been through and I can lean on him. He’s a survivor,” she smiled. Ashlock said she also has the support of her entire family.

Being a caregiver seems to come quite naturally to Ashlock. “It just touches my heart when I can make somebody smile. I can relate to these people whether they are young or old, handicapped or diseased, I can relate. Just to sit with someone and hold their hand to make them feel better makes me feel better.”

“I put my happy face on early in the morning. I feel bad if I complain but I do get tired and sometimes I just go in my room and have a big cry. I still miss my son, my daddy, and now my mom. I miss them terribly. But I have my alone time and cry and then I get up and go cook supper or start a new day,” Ashlock said of how she releases the sadness that comes with her past and sometimes, her current clients who she grows close to. “I want the same thing for me someday, if I ever need a caregiver. Do unto others as they do unto you.”

Ashlock said humbly of being honored as the Caregiver of the Year, “I think that it’s a very high award and I never expected it. I don’t feel like any award should be given just to help someone. I just do what comes natural to me. It’s not just a job, it’s an everyday part of my life to care.”
Posted by Richard Lawry at 1:20 PM