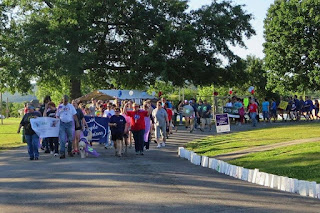 Residents of Polk County made a giant step toward a cure for cancer on May 13th when they walked throughout the night during the American Cancer Society Relay For Life.

Fifteen teams and more than two hundred volunteers came together during this year’s Relay to raise over $8,700, a new record for Relay For Life in its ten-year history here in Mena. Money raised during Relay For Life helps fund the American Cancer Society’s mission of eliminating cancer by helping people stay well, helping people get well, by finding cures, and by fighting back. The Society is the largest nonprofit supporter of new cancer research and the largest voluntary health organization fighting cancer in our country and around the world. 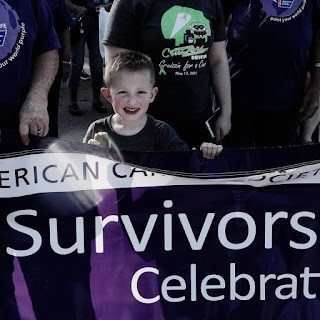 The Relay began at 6:00 pm at Janssen Park in Mena when cancer survivors and caregivers kicked off the event by walking the first laps. After the special laps, Relay became one big party with each team having a site with food, games, activities, and items to purchase. There were lots of interesting characters making laps around the track and some crazy activities going on. Entertainment was provided by the band Aberrant and by Darla Martel. They provided good music while those in attendance circled the track and visited the team sites. 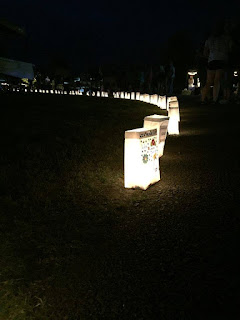 A luminaria ceremony at 9:00 pm illuminated the entire track as participants lit luminaria candles in memory of those who’ve lost the battle to cancer and in support for those still fighting the disease.  Everyone maintained a respectful silence as the names on the luminaria were read. People circled the track looking for those special luminaria that had meaning for them.

After the luminaria ceremony, the mood lifted as the Relay volunteers prepared to stay all night. Karaoke, line dancing, Zumba, and 3 on 3 basketball kept the volunteers awake and motivated during the night. At 6:00 am those who stayed all night broke down their team sites and headed home to get some sleep, knowing that this year’s event was a big success with over $70,000 raised during the year to enable the American Cancer Society to help people stay well, help people get well, find cures, and fight back against cancer.

Posted by Richard Lawry at 8:36 AM