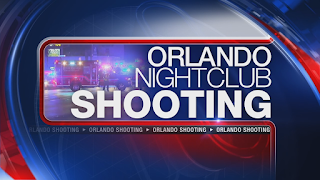 The recent Orlando nightclub massacre was a horrific event and very disturbing on many levels. It immediately became the catalyst for political discussions on many topics such as terrorism, Muslim extremism, gay rights and gun control. One of the many news stories about the event really caught my attention.

According to Tampa Bay TV station Channel 10, “A Sacramento pastor responded to the Orlando shooting that killed 49 people and injured 50 with praise, stating ‘they deserve what they got.’ A recording of the sermon, given by Pastor Roger Jimenez from Verity Baptist Church, was posted to YouTube the day after the tragedy.

In the video, Jimenez preached to his congregation that they should not be grieving the homosexual victims of the shootings. ‘Are you sad that 50 pedophiles were killed today?’ asked Jimenez. ‘Um no. I think that’s great. I think that helps society. I think Orlando, Florida, is a little safer tonight. The tragedy is that more of them didn’t die.’” 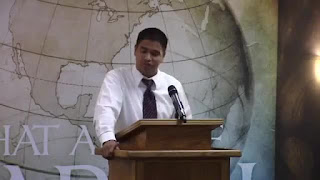 At first, I was shocked, outraged, and then saddened by the hateful rhetoric. But then I realized that when the pastor said, “they deserve what they got,” he was right. They got what they deserved. But I also realized that they got what I deserved. The Bible tells us in Romans 6:23 that, “the wages of sin is death,” and in Romans 3:23 it says, “all have sinned and fallen short of the glory of God." I deserve to die. But thankfully Romans 6:23 doesn’t just state, “the wages of sin is death,” but goes on to say that, “the gift of God is eternal life in Christ Jesus our Lord.”

Posted by Richard Lawry at 9:00 AM