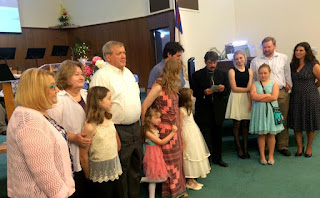 Recently my wife and I spent a wonderful weekend with our daughter and her family. We were celebrating the end of another school year. We had a great time with many activities, but the highlight for me was witnessing my granddaughter’s baptism. It is heart-warming to see a child make the decision to follow God. 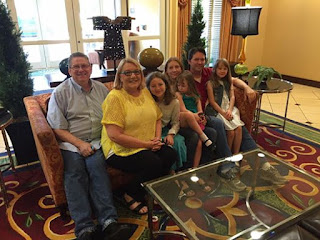 For our end of the school year party, we rented a suite at a hotel, and our granddaughters had a great time at the pool with friends. After going out for pizza they spent the evening watching a movie. The next afternoon my two oldest granddaughters were playing in a piano recital. We were able to attend before we had to drive home. Both girls performed beautifully. I asked them if they were nervous but they said they weren’t. 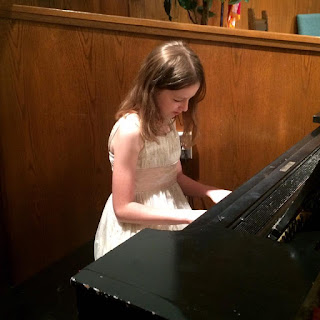 As I listened to them and to the other piano students, I remembered growing up and taking music lessons. I played the trumpet and was in the band. I didn’t mind practicing and could always learn to play my pieces correctly but when it was a performance my nerves would get the best of me. I have terrible memories of botched performances. Once I was scheduled to play a solo before a church area youth conference. On the way to the town where the meeting was being held our car broke down. By the time repairs were made, we were late arriving, and I was scheduled to play immediately. I was so unnerved that I could hardly make a sound with my trumpet.

Have you ever found that something that you can do, have done, and have practiced many times, fails you when you are under pressure? For me, that was my trumpet. No matter how hard I practiced, I would often mess up when I was playing for my music teacher or in front of an audience. In our small school band, I played third chair trumpet. The first chair trumpet player thought it would be a good idea if on one of our pieces I would switch with him and play the first trumpet part. I practiced and practiced until I had the part perfect. We did the switch several times in practice, and the band director didn’t notice. When the night came for our public performance, I played the part quite poorly. The band director was not happy!

My junior year of high school I transferred to a larger school and was too intimidated to try out for the band. I eventually stopped taking lessons, telling my parents that the pressure was too much. My trumpet sits forlornly in the garage. Now I can barely make a sound.

I recently heard a story that I’m quite sure never actually happened, but I liked the application so I will share it with you. We will call it a parable. 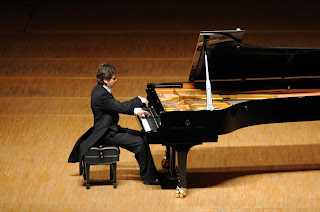 A famous concert pianist was preparing for a show when a group of admirers came to the concert hall. A little boy was there with his mother. He wandered away from her and found himself on a stage with a grand piano.

Suddenly the curtains parted, and a spotlight lit the grand piano. The mother looked around for her son and saw him on stage sitting at the piano. He started playing “Twinkle, Twinkle, Little Star.” The concert pianist walked up to the boy, put his arms around him and began playing a counter medley as he whispered, “keep playing, you're doing great.” The audience was mesmerized as he played alongside the boy. When they finished, the audience rose in applause.

What we do for God in our own strength is a lot like playing “Twinkle, Twinkle, Little Star” in a concert hall all by ourselves. For us to accomplish anything worthwhile for God, it is going to have to be with Him. Paul wrote in Philippians 4:13 (NKJV), “I can do all things through Christ who strengthens me.”

Posted by Richard Lawry at 6:28 AM