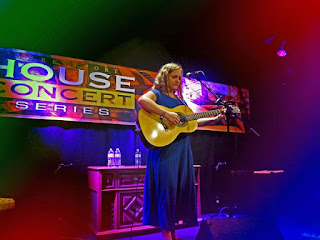 On September 11, my wife and I attended the Shreveport House Concert. The House Concert series started with the “house concert” idea (performances hosted in people’s homes) and made it better. The shows are a step up from the in-the-home thing—with more people space, nicer lighting, and better sound. But the small stage has a “living room” look and feel. It is a great place to listen to live music and visit with the artists and with the other attendees.

We have attended several concerts in the Shreveport House Concert series in the past. One of my favorite concerts was the when Three Penny Acre and The Honey Dewdrops performed together in 2013. You can read about that concert here. 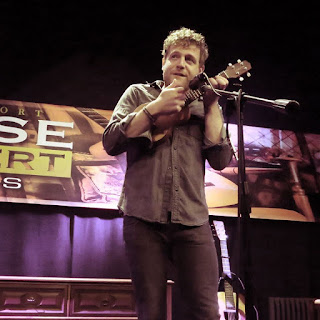 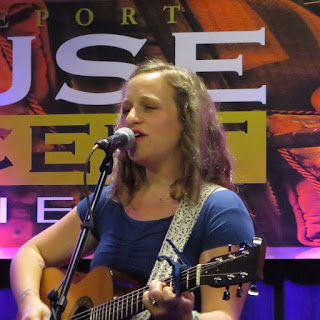 The artists for the show on September 11, 2016, were Raina Rose and Korby Lenker. I had heard Raina Rose in concert once before and own and listen to her music, but I had never heard Korby Lenker. I first saw Raina Rose at The Blue Door in Oklahoma City, Oklahoma.  I attended the Blue Door show because Smokey and the Mirror, Bryan and Bernice Hembree, were going to be there.  I love their music and have been to concerts of theirs in Arkansas, Oklahoma, Louisiana, and Texas. 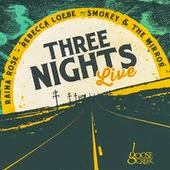 The Blue Door concert was part of a live recording project by Goose Creek Music.  The album that was produced was called Three Nights Live. The album was recorded in November 2013 at three classic listening-room venues in Texas and Oklahoma: McGonigel’s Mucky Duck in Houston, The Cactus Café located on the University of Texas’ Austin campus, and The Blue Door. Three Nights Live featured Raina Rose, Smokey and the Mirror, and Rebecca Loebe, along with studio musicians Daniel Walker and Will Robertson,  We really enjoyed the concert and were instantly new fans of both Rebecca Loebe and Raina Rose.

I purchased CD's from Raina Rose at the concert and have been enjoying her music ever since. I have been particularly enjoying the new music that she has been releasing on Patreon to her subscribers. It seems so personal and heartfelt. When I found out that Raina would be in Shreveport, I made plans to attend even if it meant a 7-hour round trip drive. 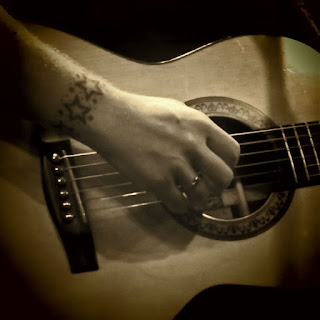 One of the songs that Raina Rose has released to her Patreon subscribers is titled, "Sleep Waltzing." It made an impression on me the first time I heard it. She wrote the song during the time that her baby wasn't sleeping a lot. Raina wrote about the song saying, "from last May until a few weeks ago, he would be so restless and wakeful that I felt like a zombie most of the time. Every 45 minutes or so, he would stir and need to make sure his grownup was right there.I wrote this song in September, and it was basically the only song I wrote in this period of sleep deprivation." The lyrics are beautiful.

"I don't sleep anymore
I just pace round the floor
I just knock at the door
And peek in
To your dreams in the clouds
Floating round and round
Raining down to the ground
Jewels and pins."

As I was visiting with Raina before the concert, I asked her if Sleep Waltzing was on the set list. She said that it was if I wanted it to be. The fact that she played the song especially for me was very special. You can listen to Sleep Waltzing here.

Raina Rose had a great set and I really enjoyed listening to her. I was familiar with her music and it really did seem like a friend playing music for me. As much as I enjoyed Raina Rose, the big bonus of the evening was getting acquainted with Korby Lenker and his music. 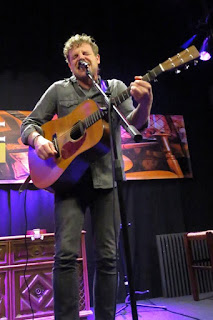 When I knew that he would be at the concert I checked him out on Spotify and listened to the song that is currently the most popular song on his page, "Forbidden Fruit.' It wasn't really a style of music that I care for, but I wanted to hear Raina Rose so I thought I will listen to "this guy" and it will be OK.

When Korby started playing, I was immediately drawn into his music and his quirky intelligence. The song that I had listened to on Spotify was very pop oriented and produced, but the music that I was hearing was acoustic and just seemed very real. After listening to his set I felt like I actually knew who he was. My favorite song of the evening was a quick, catchy little song that left me with a smile on my face. just a soon as the first chorus of the song came around both my wife and I had the same thought - The song is about my daughter. Lyrics like, "you're like Jean Valjean when you stole my silver candlesticks; Like Elizabeth Bennett telling Mr. Darcy to stick it," made me chuckle and think about my daughter, who just like the song says, is a "Book Nerd."

I had a wonderful time at the concert. Shreveport House Concerts is a lovely venue and provides an intimate concert setting. The people there are so friendly. Both Raina Rose and Korby Lenker are amazing artists.If you ever have a chance to see either one of them in concert I recommend it. 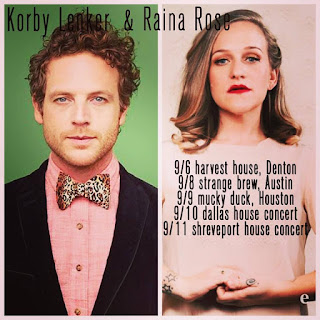