Run Through the Rain

My An Arkie's Faith column from the September 21, 2016, issue of The Mena Star 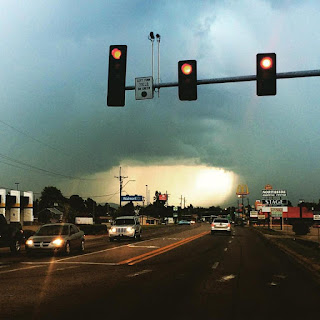 My normal routine on a work day is to go to Wal-Mart when I get off of work. I do my banking there and often pick up a few things for supper. A few days ago as I drove to Wal-Mart, it began to sprinkle. As I walked into the store, there was just the occasional drop of rain. After making my bank deposit, I began shopping. I had quite a few things on my shopping list that evening. While I was selecting produce to put in my buggy, a huge clap of thunder resonated throughout the store. A couple of people nearby visibly jumped. 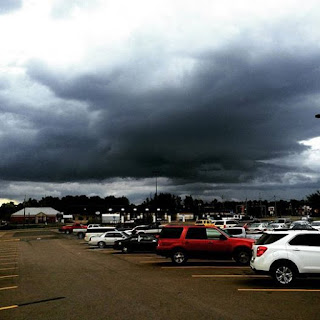 After checking out, I headed toward the doors and saw that it was pouring outside. The rain was coming down in buckets, a real toad strangler. By the time I put the groceries in my little Rambler, I was completely drenched; soaked through to the skin. By the time I had carried the groceries into the house, I looked like a drowned rat.

I felt much better after I took a shower and put on dry clothes. In a bit of irony, that very evening a friend of mine sent me a YouTube video about a heavy rainfall. The description of the short film on YouTube reads as follows. “This film was based on a true story (written by Bob Perks) and the premise of it is very simple. We are reminded of the need to avoid becoming weighed down by the trivial hindrances that soak our paths on a daily basis. There are always people in worse situations with real troubles, and that should put our small daily problems into perspective. Perhaps things aren’t as bad as they first seem.” 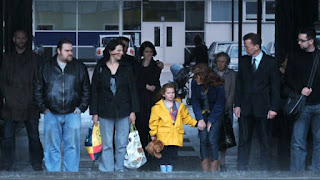 In the film, a group of people can be seen standing under a shelter, because of the heavy rain. A young girl asks her mother why they can’t just run through the rain, and her mother tells her that they would get soaked. But that’s when the young girl reminds her mother of something she had said that very morning. Talking about her husband’s battle with cancer she had said, “If we can get through this we can get through anything.” After thinking about her daughter’s question, the mother decides to run through the rain.

The young girl’s attitude reminds us that we can’t let such trivial things as rain hold us back. How we look at the problems we face in life is all a matter of perspective. Things may not be as bad as you think, and we have to remember that there are always people with far greater problems. It’s a simple but important life lesson, told so beautifully in this short film! 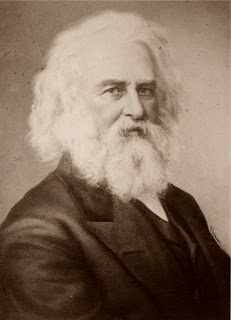 Into every life, a little rain must fall. It’s what we do with the rain that makes the difference. Rain can be a force that destroys our lives and washes away hope, or it can become a tool God uses to bring healing, growth and new life to our hearts. 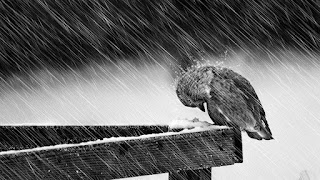 What are we afraid of when the rains of this life come our way? Are we afraid of getting wet? Nowhere in the Bible does God tell us that we won’t get wet. Pain in all its forms is the common universal human denominator we all share. Your pain and difficulties are different than mine, but we all have them.

We see this concept in Matthew 5:45 (GW) where it says, “He makes his sun rise on people whether they are good or evil. He lets rain fall on them whether they are just or unjust.” God doesn’t tell us that His children won’t have rainy days. He just says, “run through the rain, anyway. I will be there for you. You may get wet, but it will be OK.” 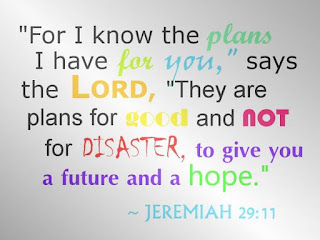 Gentle Reader, God wants you to trust Him. Don't feel down when the rains come. Instead, we should remember that God only has plans for us that are good. Jeremiah29:11 (NLT) helps us remember, “’For I know the plans I have for you," says the LORD. "They are plans for good and not for disaster, to give you a future and a hope.’” When it rains, we do not need to be disappointed and feel alone. We can have hope!

“I pray that the God who gives hope will fill you with much joy and peace while you trust in him. Then your hope will overflow by the power of the Holy Spirit.” Romans 15:13 (ICB)

This is the short film that inspired this column.

Posted by Richard Lawry at 8:15 AM